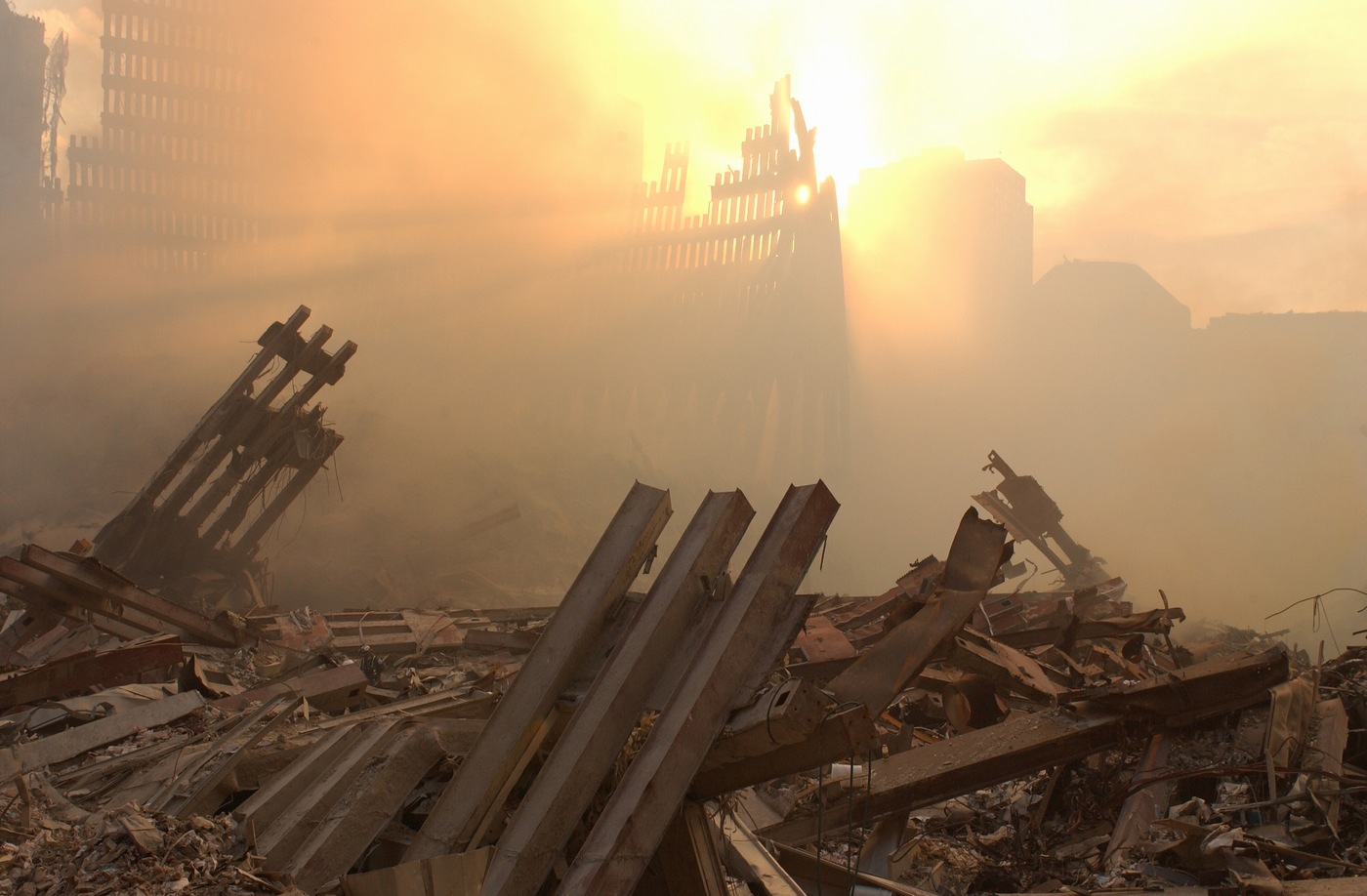 Sunlight filters through a thick haze over the Ground Zero site in Manhattan after the 9/11 attacks. Seventeen FBI agents and professionals have died from illnesses they incurred through work at or near the recovery and screening sites in lower Manhattan, the Pentagon, and Shanksville, Pennsylvania. More than 100 FBI employees have developed illnesses from their work related to the attacks.

Special Agent Scott McDonough was helping scientists monitor a massive landfill to ensure heavy debris would not cause a catastrophic collapse. That meant taking photos of it from the sky in an FBI helicopter.

For just over three weeks after the terrorist attacks of September 11, 2001, McDonough, then an FBI pilot, flew a helicopter over the Fresh Kills Landfill on Staten Island, New York, as well as over the World Trade Center rubble in Manhattan. He kept the helicopter door open to take those photos, choking down contaminated air that made his throat burn.

Crews sent pieces of the buildings and other heavy debris on barges down the Hudson River to Fresh Kills, a landfill about the size of 1,500 football fields. There, other FBI personnel processed the large and complex pieces of evidence.

“One of the big concerns is we were putting heavy fill—concrete, cement, metal from these buildings, into a landfill that was made for regular garbage,” McDonough said. “We did multiple photo flights a day trying to help the scientists prevent an environmental catastrophe.”

This is the second in a series of stories about how 9/11 shaped today’s FBI. 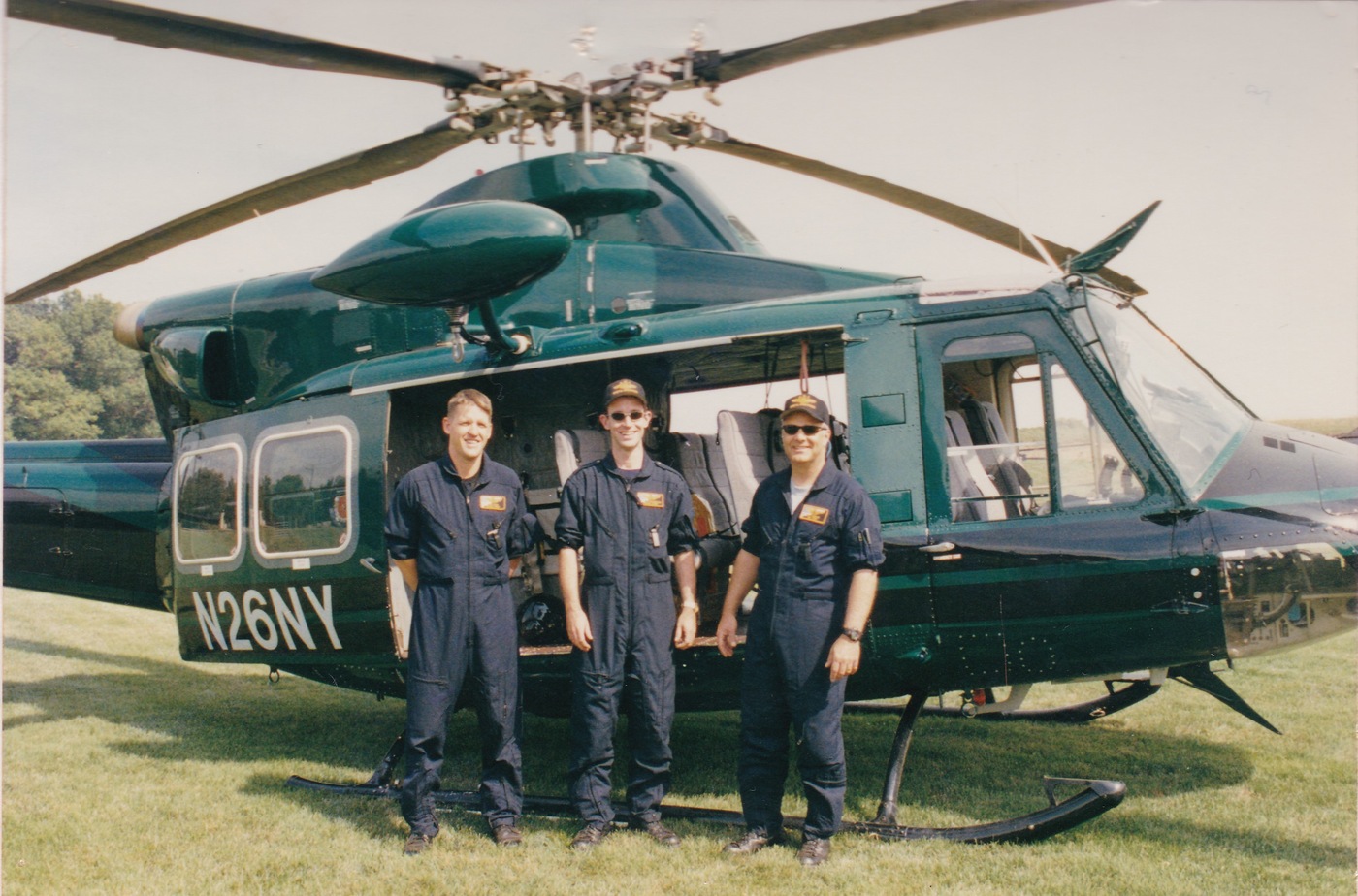 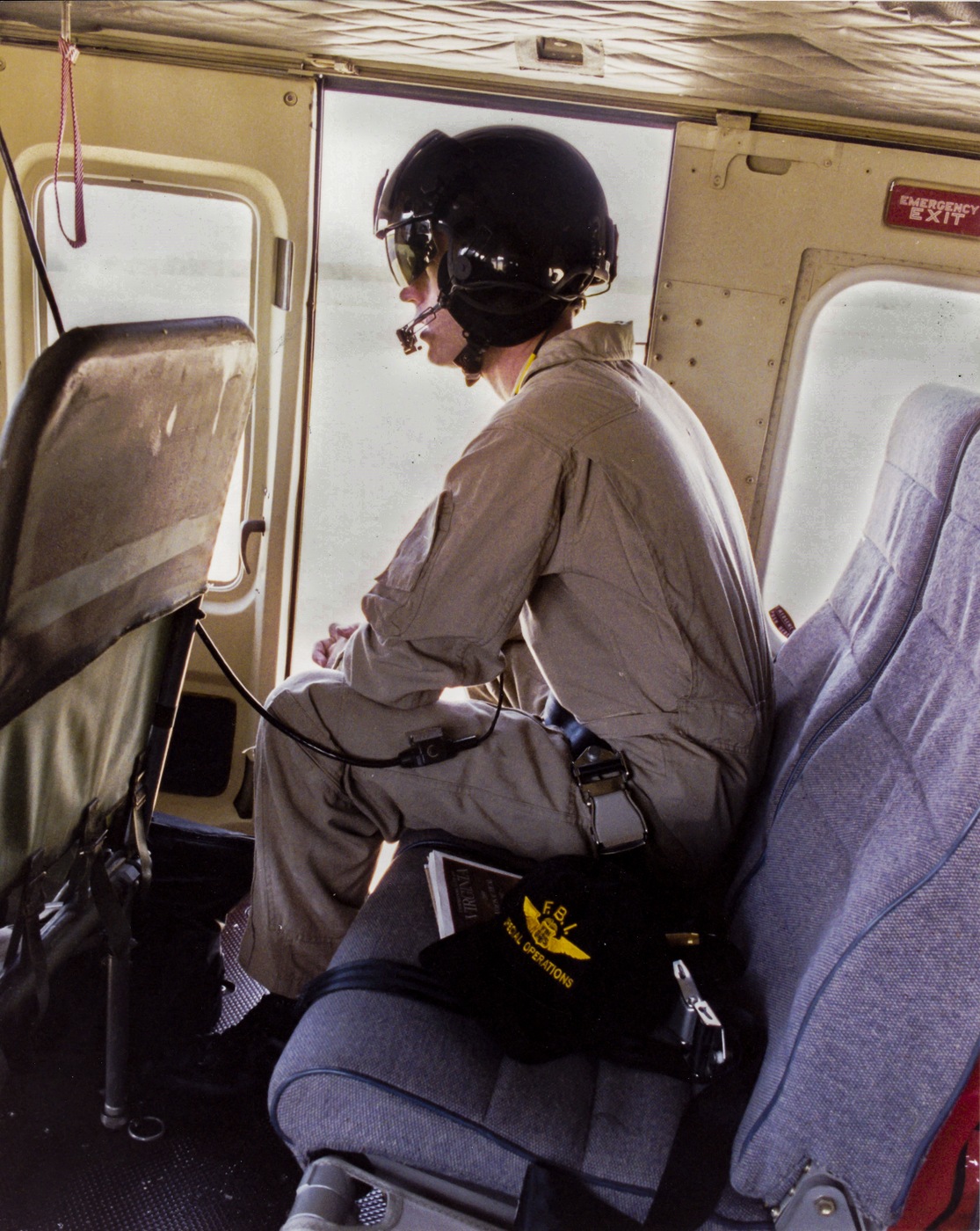 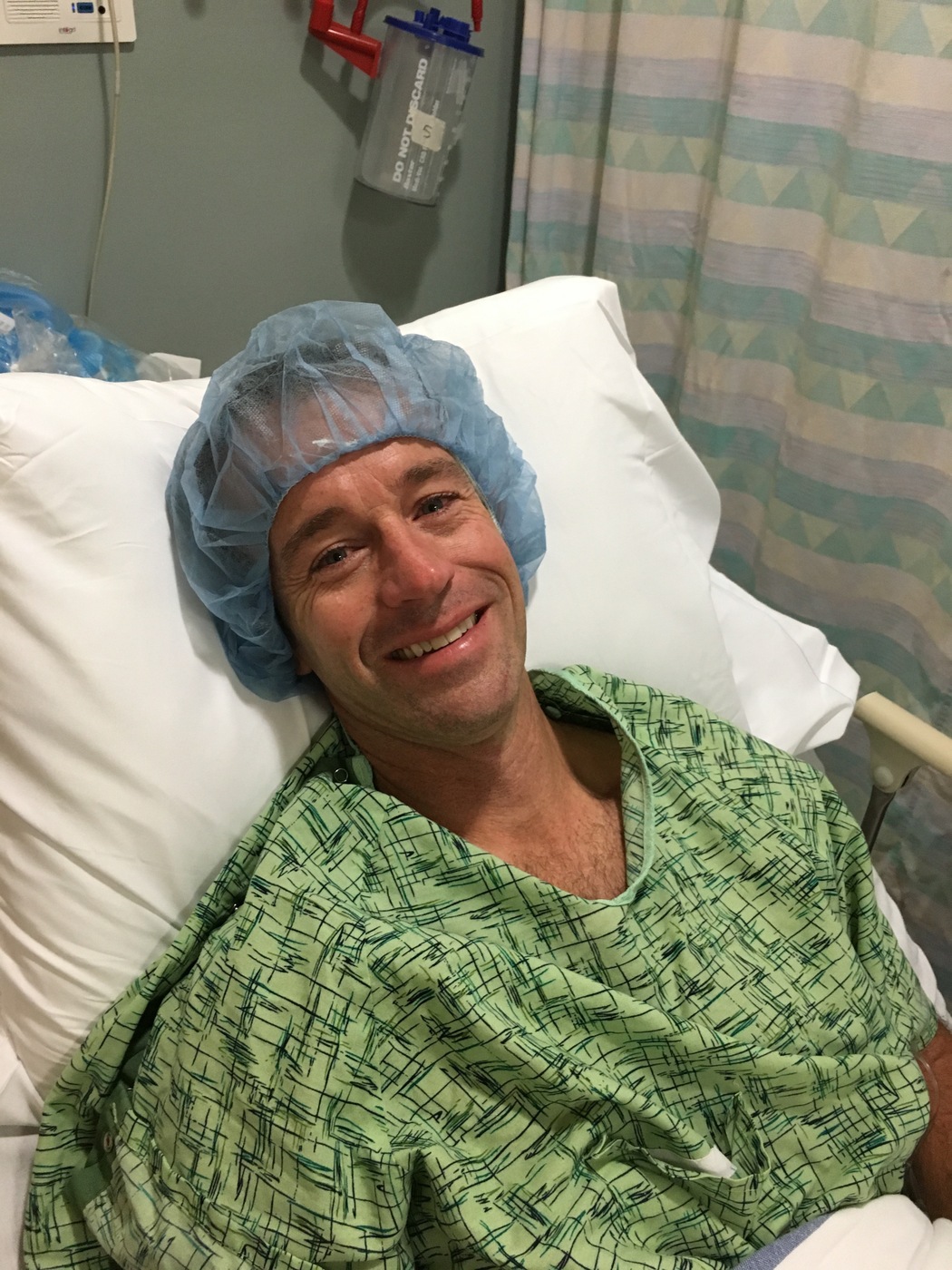 McDonough, an FBI pilot who later became a paramedic, flew over the site of the 9/11 attacks, as well as over the Fresh Kills Landfill in Staten Island. His subsequent cancer was deemed a workplace injury. He is seen here in 2017 before his cancer surgery.

Twenty years after the attacks, the toll they’ve taken on the FBI is evident—both in the grief over those we’ve lost and the vigilance required by all who were there that day to monitor themselves for illness.

Just a few months before his diagnosis, McDonough had heard a presentation by an FBI doctor on 9/11-related cancers. McDonough signed up for the World Trade Center Health Program, which monitors the health of those who responded to the site.

In 2017 and 2018, he endured two surgeries and six rounds of chemotherapy. He even continued working during his chemo treatments.

“It was scary, but never once did I think of the negative side. I constantly just had the positive mindset of, ‘I’ve got to fight and beat this,’” McDonough said. “From the moment of diagnosis, I thought, ‘How fast can I get this out of me and how hard can I fight?’ That’s what I did.”

As the cancer is a workplace injury, the Department of Labor and the World Trade Center Health Program covered all of McDonough’s medical expenses. He encourages all of his fellow first responders to register for these programs and keep careful tabs on their health. 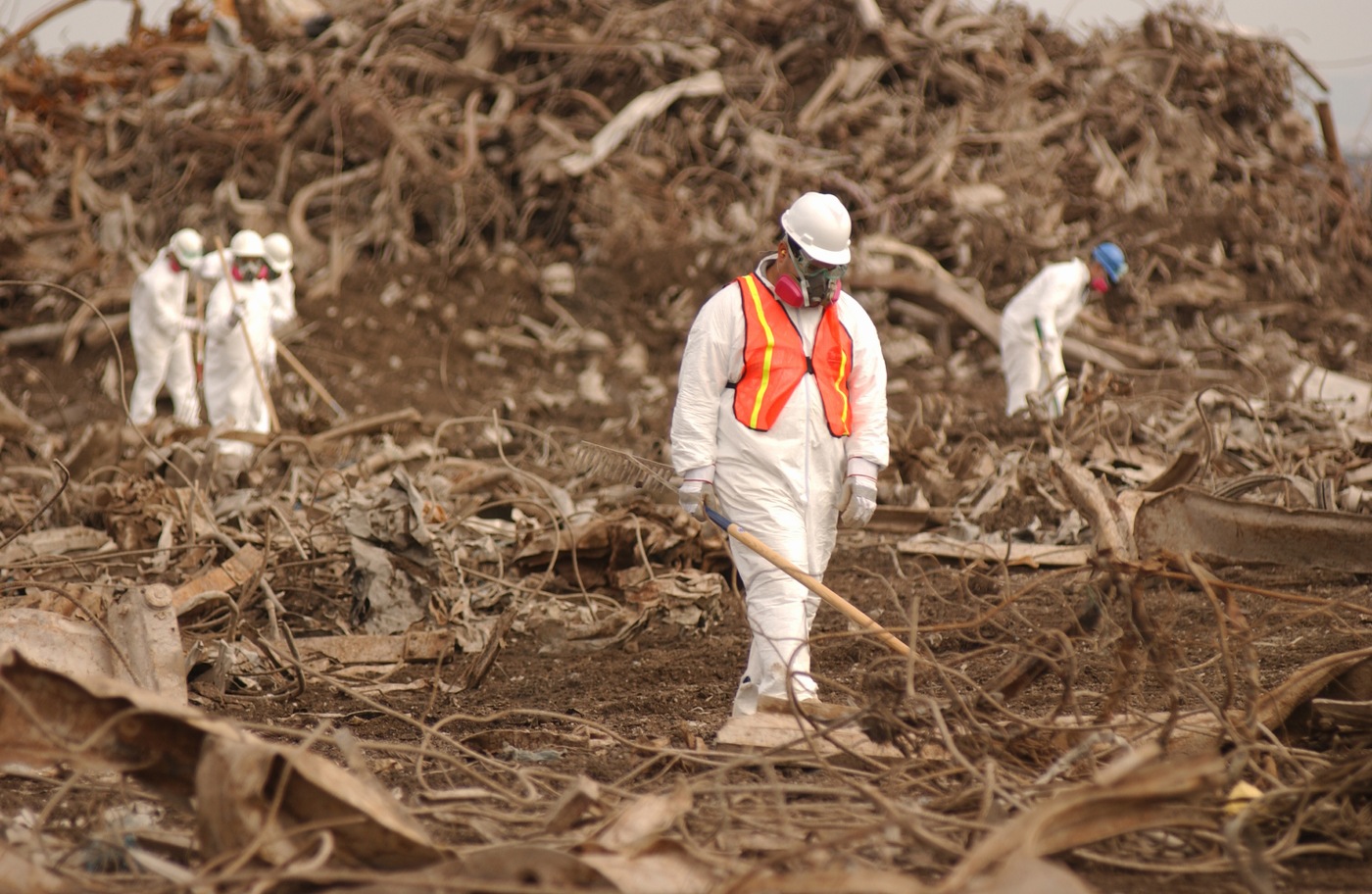 FBI Evidence Response Team members search debris recovered from Ground Zero in Manhattan at the Fresh Kills Landfill site in New York after 9/11. The landfill is about the size of 1,500 football fields.

“Know your body. Listen to it,” he said. “If something’s not right, see a doctor right away.”

Today, McDonough is four years cancer-free, though he is screened regularly.

He’s channeled his experience as both a cancer survivor and 9/11 responder into the work he does today for the FBI’s Miami Field Office.

McDonough is now a paramedic and manages his office’s operational medicine program, providing medical care to FBI employees in the field, especially as they do dangerous work like SWAT operations or searches. He also manages the office’s Hazardous Evidence Response Team, working to keep employees safe when they have to work with dangerous materials.

“When I had the opportunity to go to paramedic school, I jumped all over it because with everything I’ve been through medically, if I can help other people, I want to do that,” he said.

In addition to one agent, Special Agent Lenny Hatton, who died during the terrorist attacks, many other FBI employees have died thus far from illnesses they incurred through work at or near 9/11 crash sites. Several have been added to the FBI's Wall of Honor, with more names to be added in the months and years to come, including Investigative Specialist Saul Tocker, who passed away in December 2020.

In the moments after the country was attacked 20 years ago, many felt a profound new calling—a desire to help and to serve. It set some on a path to the FBI.

September 11, 2001 remains one of the most pivotal points in American history—and for the FBI, which still sees terrorism as the gravest threat to the U.S.