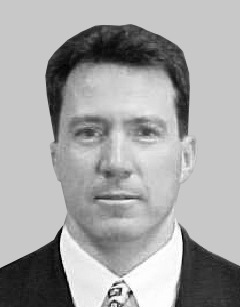 On the morning of September 11, 2001, American Airlines Flight 77 was commandeered by terrorists and crashed into the Pentagon, penetrating the building’s five rings. A 200-foot fireball rose above the building engulfing the surrounding area in smoke, and a 100-foot section of the Pentagon’s outer ring collapsed less than an hour later.

Supervisory Special Agent Robert Martin Roth was one of the first agents to arrive and immediately began assisting injured personnel and securing debris. The environment around the crash scene contained heavy smoke from burning aviation fuel and smoldering debris. Roth stayed on the scene for two weeks, working 12-hour days, and spent considerable time in the impact area.

In October 2006, Roth was diagnosed with multiple myeloma, and he succumbed to his illness on March 16, 2008. Extensive research by the Centers for Disease Control and the National Institute for Occupational Safety and Health established sufficient evidence that Roth’s exposure to the air in and around the Pentagon after the 9/11 attack either precipitated or accelerated his development of multiple myeloma.

Special Agent Roth was born in December 1963. He entered on duty with the FBI in March 1996.