The Beacon Project seeks to foster a genuine, long-lasting relationship between Historically Black Colleges and Universities (HBCUs) and the Bureau.

The collaborative partnership between Bobbie Knight and Johnnie Sharp, Jr. may seem like an unlikely one. Knight is the president of Miles College, a 1,500-student historically Black college in Fairfield, Alabama; Sharp is the special agent in charge of the FBI’s Birmingham Field Office. While educating the next generation and fighting crime may seem like very different jobs, the two actually work together on projects that benefit both institutions.

“We as an organization want to be reflective of the communities we serve, so it is a natural fit for us to have a special relationship with Miles College,” Sharp said.

The FBI has succeeded in recruiting several Miles College students to join the Bureau.

It’s not always an easy sales pitch during a time of increased strain between law enforcement and the Black community, but recruiting diverse talent is critical to the organization’s success.

“A lot of our students just haven’t had the exposure,” Knight said. “And so to have people come to the campus and talk about real, genuine careers with the FBI—it’s exciting to them.”

“The point we try to convey to young folks is, ‘You’re part of the solution. If not you, then who? You come with a great skillset that we’re looking for. We want you to be a part of the organization,’” Sharp said.

Relationships like Sharp’s and Knight’s are one of the goals of the Beacon Project, a new initiative the FBI launched at a two-day conference in Huntsville, Alabama, in June 2021. Beacon seeks to foster a genuine, long-lasting relationship between underrepresented communities and the FBI.

FBI Director Christopher Wray and other Bureau leaders gathered with Historically Black College and University (HBCU) presidents and senior leaders on June 28 and 29 to discuss how the FBI and HBCUs can work together. Music executive Kevin Liles facilitated the event (see sidebar).

“Diversity is at the core of the FBI. When people look at us, they need to see themselves.” 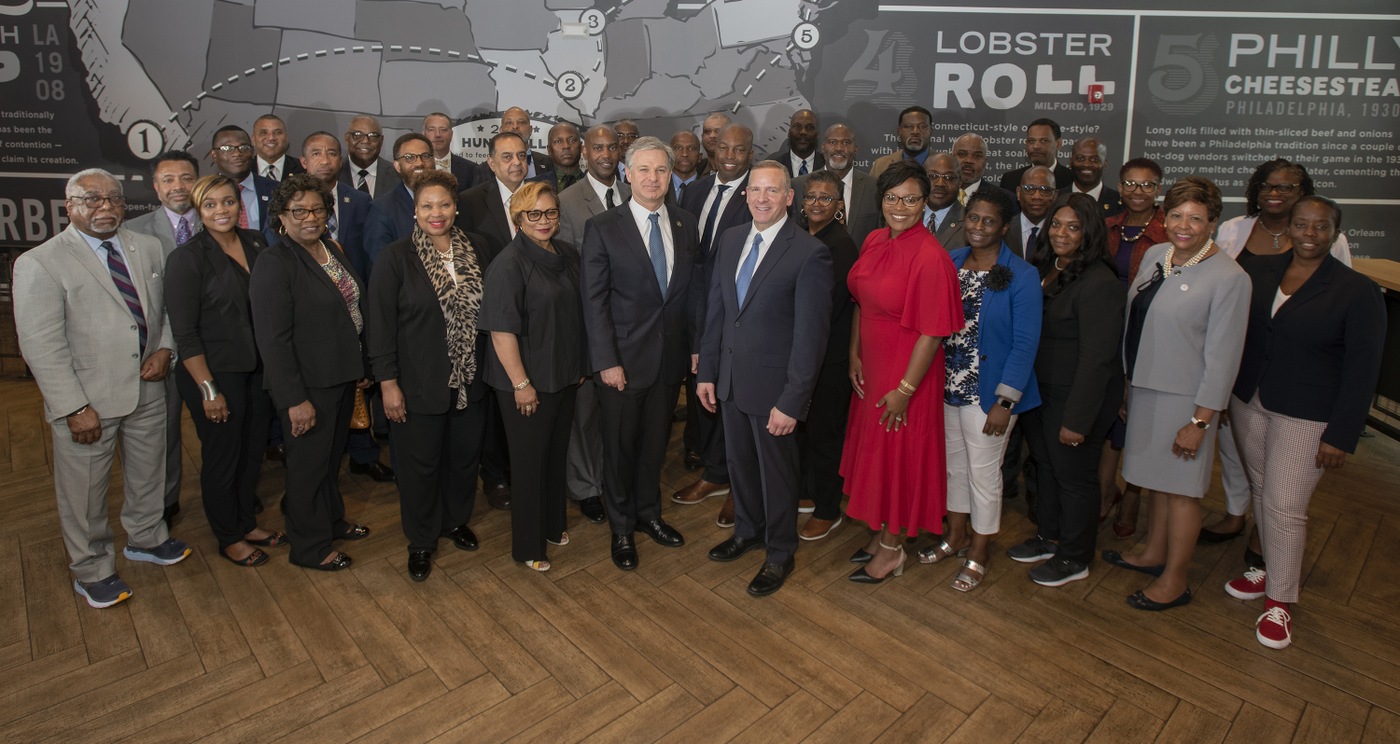 The 32 HBCU leaders received briefings on topics like the recruiting process, the Honors Internship Program, and the functions of several FBI divisions. They learned about careers that their students might be interested in and how to best prepare them to lend their skills to the FBI’s mission of protecting the American people and upholding the Constitution of the United States. While science and technology careers were a major topic of discussion, FBI personnel also highlighted public affairs and community relations, viable options for students studying communications and similar fields.

FBI Associate Deputy Director Jeffrey Sallet asked HBCU leaders to help the FBI diversify its ranks, making the organization more effective in protecting the country. The FBI continues to struggle to recruit and hire minority applicants, particularly in the special agent role, but diversifying the FBI has been an increasing focus in recent years.

“Diversity is at the core of the FBI,” said Sallet. “We need to reflect the communities that we serve, because when people look at us, they need to see themselves. If they don’t see themselves, it’s harder for them to trust us, which is why we are working every single day to be better.”

The Beacon Project is one way the FBI is strengthening its connection to the African American community after a checkered history. The FBI recognizes a need to create trust, to cultivate mutual understanding, and to build a workforce that better reflects and serves the Black community.

The engagement will continue beyond the kickoff meeting. More HBCU leaders will be invited to the FBI Citizens Academy—a multi-week program that gives business, religious, civic, and community leaders an inside look at the FBI and fosters a greater understanding of the role of federal law enforcement in the community (Knight, for one, will be attending the FBI Birmingham Citizens Academy this fall). Recruiting will be ramped up at HBCUs, and plans to launch Collegiate Academies—similar to Citizens Academies—at HBCUs in the coming years are in the works.

The Beginnings of Beacon

Kevin Liles, CEO of KWL Enterprises and Billboard Magazine Hip-Hop Executive of the Year for 2020, visited FBI New York in 2018 to speak at the office’s Black History Month event.

Liles recognized the importance of making the FBI more diverse and connected to underrepresented communities. He worked with FBI senior executives to create a plan to connect the agency with Historically Black Colleges and Universities, called Beacon.

The project will continue with: 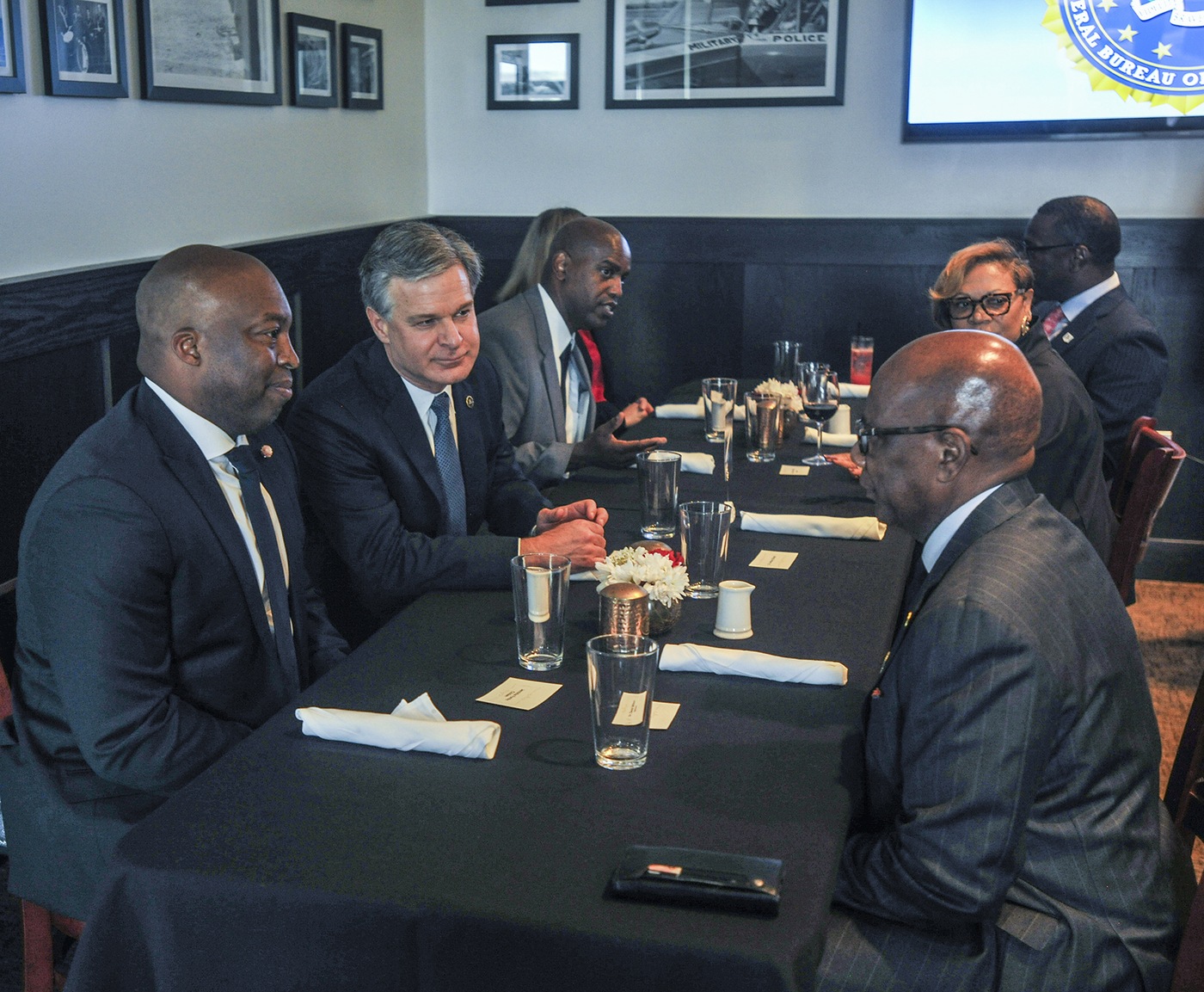 Bethune-Cookman University President Dr. Hiram Powell, who attended the Beacon Project meeting, emphasized that while conversations to rectify the past and move toward the future are oftentimes difficult, they are necessary.

“There is this strong conversation in our nation around diversity, equity, and inclusion. I applaud the FBI for being courageous enough to step out in front and take a leadership role,” Powell said.

A special agent in the San Juan Division is one of just a few African American women in the Bureau’s history to be selected for an FBI SWAT team.

The Oklahoma City Field Office has become one of the FBI’s busiest in the year since the Supreme Court affirmed that much of the eastern half of the state is tribal land.