Public corruption, the FBI’s top criminal investigative priority, poses a fundamental threat to our national security and way of life. It can affect everything from how well our borders are secured and our neighborhoods protected to how verdicts are handed down in courts to how public infrastructure such as roads and schools are built. It also takes a significant toll on the public’s pocketbooks by siphoning off tax dollars—it is estimated that public corruption costs the U.S. government and the public billions of dollars each year. The FBI is uniquely situated to combat corruption, with the skills and capabilities to run complex undercover operations and surveillance.

In 2008, the FBI created the International Corruption Unit (ICU) to oversee the increasing number of investigations involving global fraud against the U.S. government and the corruption of federal public officials outside of the continental U.S. involving U.S. funds, persons, businesses, etc. The ICU’s tasks include: 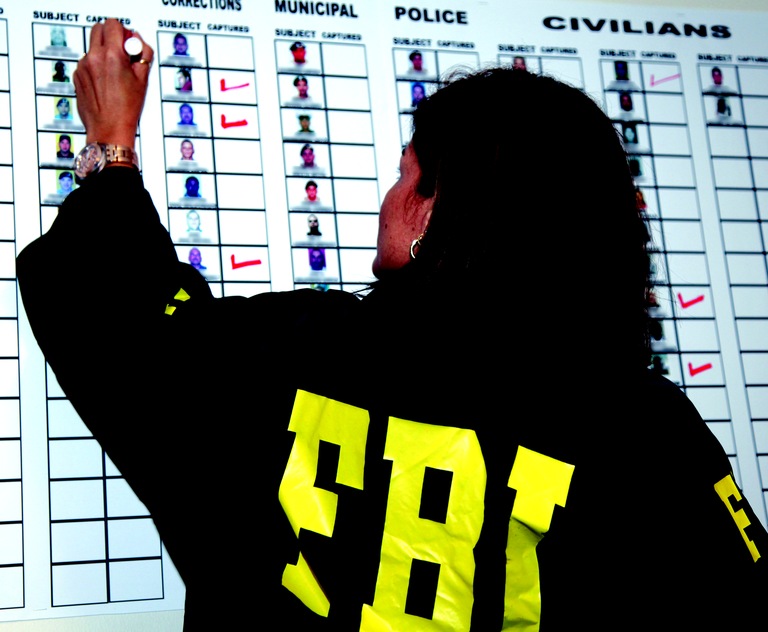 The FBI’s prison corruption initiative, which began in June 2014, addresses contraband smuggling by local, state, and federal prison officials in exchange for bribe payments. Through this initiative, the Bureau works to develop and strengthen collaborative relationships with state/local corrections departments and the U.S. Department of Justice Office of Inspector General to help identify prison facilities plagued with systemic corruption and employ appropriate criminal investigative techniques to combat the threat. Prison officials and staff being co-opted, even if unwittingly, betrays the public trust, threatens the integrity of the justice system in the U.S., and threaten national security interests overall.

Schemes to corrupt prison officials come in a variety of forms, including:

The federal government is responsible for protecting approximately 7,000 miles along the U.S. border and 95,000 miles of U.S. shoreline, and every day, over a million people visit the U.S. and enter through one of the more than 300 official ports of entry into the U.S., as well as through seaports and international airports. The FBI recognizes the very real threat public corruption at our nation’s borders and all other ports of entry pose.

Common acts of border corruption involve drug trafficking and alien smuggling. Throughout the U.S., the FBI has investigated corrupt government and law enforcement officials who accept bribes and gratuities in return for allowing loads of drugs or aliens to pass through ports of entry or checkpoints; protecting and escorting loads of contraband; overlooking contraband; providing needed documents, such as immigration papers and driver’s licenses; leaking sensitive law enforcement information; and conducting unauthorized records checks.

Border corruption potentially impacts national security as well—corrupt officers might believe they are accepting a bribe simply in return for allowing a carload of illegal aliens to enter the U.S., when they might actually be facilitating the entry of a group of terrorists. Or a corrupt official who expedites immigration paperwork or helps obtain an identification document in return for a bribe or gratuity might actually be facilitating an operation of a terrorist cell, foreign counterintelligence network, or criminal enterprise.

Oftentimes the Bureau brings its expertise to bear on joint investigations with its partners in federal, state, and local law enforcement. Many of these investigations involve FBI border corruption task forces and working groups located in nearly two dozen cities along our borders. Members of these task forces and working groups stand shoulder to shoulder to combat corrupt officials, both operationally and through the sharing of intelligence and information, along with the use of trend analysis, lessons learned, and best practices.

The FBI—in collaboration with the Department of Homeland Security—is launching a campaign to raise awareness about the dangers of border corruption.

ICU has management responsibility and program oversight for FBI investigations under the FCPA. The 1977 legislation has two main provisions. The first deals with bribery of foreign officials, and the second deals with accounting transparency requirements under the Securities Exchange Act. The dual elements were designed to facilitate parallel criminal and civil enforcement to stem corruption and promote fair business practices worldwide. The anti-bribery provision makes it illegal for U.S. companies and certain foreign companies to bribe foreign officials to obtain or retain business. The bribes can be in the form of money or any other items of value. The accounting provision of the FCPA focuses on the Securities Exchange Act requirements applying to all foreign companies whose securities are listed on the U.S. stock exchanges and U.S. companies.

The United States cannot charge the foreign official under the FCPA; rather, the United States works together with international law enforcement partners to investigate U.S. subjects who are complicit in paying bribes to foreign officials. The supply and demand equation of bribe paying and receiving illustrates the FCPA and kleptocracy violations as two sides of the same coin. For more information, see this detailed FCPA Resource Guide.

Kleptocracy, literally meaning "the rule by thieves," is a form of political corruption in which the ruling government seeks personal gain and status at the expense of the governed. Through graft and embezzlement of state funds, corrupt leaders amass tremendous wealth at the expense of the broader populace. Some of the most egregious examples have occurred in countries with very high rates of poverty. The inherent challenge for corrupt leaders is covertly expatriating and holding money in secure locations where it can be accessed in the future. Generally, that requires international movement of funds. When transfers occur in U.S. dollars or transit the U.S. banking system, federal money laundering jurisdiction is established. The FBI initiates money laundering investigations to trace the international movement of assets and, in conjunction with foreign partners, forfeit and repatriate assets back to legitimate authorities in victim countries.

ICU has program management responsibility for the FBI’s antitrust investigations, both domestic and international, which target conspiracies among competitors to fix prices, rig bids, or allocate markets or customers. These conspiracies deprive U.S. consumers of true competition, an economic bedrock of our free and democratic society. Perpetrators often operate in multinational companies that bask in illegal profits at the expense of U.S. consumers. Stolen by cartels, the ill-gotten gains and competitive advantages reduce supply, eliminate incentives to compete by offering better and more innovative products and services, and destabilize economic markets.

ICU has program management responsibility over cases involving international fraud against the government and international corruption of federal public officials. The FBI was a co-founder of the International Contract Corruption Task Force, which was created in 2006 with the goal of addressing contract fraud concerns. These concerns stemmed from overseas U.S. government spending during the wars in Afghanistan and Iraq. These cases typically involve bribery, gratuities, contract extortion, bid rigging, collusion, conflicts of interest, product substitution, items/services invoiced without delivery, diversion of goods, and corporate and individual conspiracies at various levels of U.S. government operations.

ICU’s program extends beyond the war effort to include worldwide contingency operations involving U.S. military actions, foreign aid and development, and humanitarian aid in any international region. Spending on these programs is highly susceptible to corruption and fraud by those wishing to take advantage of the chaotic circumstances surrounding these benevolent endeavors. Misuse of U.S. funds overseas poses a threat to the United States and other countries by promoting corruption within the host nation, damaging diplomatic relations, inadvertently supporting insurgent activity, and potentially strengthening criminal and terrorist organizations.

The FBI works with multiple law enforcement partners from around the world as part of the International Anti-Corruption Coordination Centre (IACCC). Established in 2017, the IACCC is a coordinated and collaborative effort to provide information, assistance and other support to agencies investigating public corruption offenses.

The ICS are a vital resource to combat international cartels and corruption. The violations addressed by the ICS are equally recognized by both DOJ and the FBI as risks to U.S. national interests. These squads not only lend additional resources to a global threat, but they also allow the FBI to attack the matters and use sophisticated investigative techniques that have long been successfully utilized by the FBI to address complex criminal matters.

In an effort to combat international corruption and cartels, the FBI’s ICU created a proactive strategy that places an emphasis on strengthening existing relationships and forging new partnerships in the private sector. This is not new to the FBI. We have leveraged relationships throughout our 100+ years of investigations—from fighting organized crime to combating terrorism. Nonetheless, we believe by fostering these vital relationships, the FBI will be able to effectively fight international corruption to ensure a fair and competitive global market environment for companies resulting in a strong U.S. economy.

Fair elections are the foundation of our democracy, and the FBI is committed to protecting the rights of…