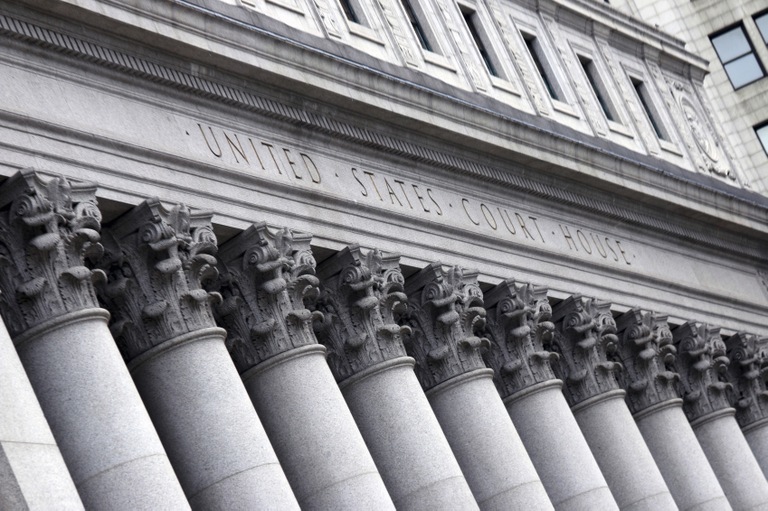 Since its earliest days, the FBI has helped protect the civil rights of the American people. A dozen of its first 34 special agents, for example, were experts in peonage—the modern-day equivalent of slave labor. The Bureau began battling the KKK as early as 1918, and for years it handled color of law cases involving police brutality. Today, protecting civil rights remains one of its top priorities.

The FBI is the primary federal agency responsible for investigating allegations regarding violations of federal civil rights statutes. These laws are designed to protect the civil rights of all persons—citizens and non-citizens alike—within U.S. territory. Using its full suite of investigative and intelligence capabilities, the Bureau today works closely with its partners to prevent and address hate crime, color of law violations, and Freedom of Access to Clinic Entrances (FACE) Act violations.

The FBI has also established productive and meaningful liaison relationships with state and local law enforcement agencies, prosecutors, non-governmental organizations, and community and minority groups to improve reporting of civil rights violations, promote the benefits of sharing information and intelligence, and develop proactive strategies for identifying and addressing trends in this field.

Investigating hate crimes is the highest priority of the FBI’s civil rights program.

Beginning in the mid-1980s, the United States witnessed a dramatic escalation in the number of acts of violence and harassment directed towards reproductive health care providers and clinics. These incidents, typically in the form of blockades, arson, use of chemical irritants, bomb threats, death threats, stalking, and vandalism, continued well into the next decade. In 1993, the first murder of a reproductive health care provider occurred. Dr. David Gunn, a physician who provided abortion services, was murdered during an anti-abortion protest at a clinic in Pensacola, Florida.

In response to the alarming trend of increasing violence, the U.S. Congress enacted the Freedom of Access to Clinic Entrances (FACE) Act, Title 18 U.S.C. Section 248, in 1994. Often referred to by its acronym, the FACE Act makes it a federal crime to injure, intimidate, or interfere with those seeking to obtain or provide reproductive health care services – including through assault, murder, burglary, physical blockade, and making threatening phone calls and mailings. This law also prohibits damaging or destroying any facility because reproductive health services are provided within.

Since the passage of the FACE Act, the number of violent crimes committed against reproductive health care providers and facilities has dramatically decreased. The FBI and its local, state, tribal, and federal law enforcement partners aggressively pursue all violations of the statute for eventual prosecution by local United States Attorney’s Offices and/or the Department of Justice Civil Rights Division in Washington, D.C.

It should be noted the FACE Act does not criminalize the lawful exercise of one’s constitutional rights. For instance, it is not a violation to protest peacefully outside of a reproductive health care facility, including such actions as carrying signs, chanting, singing hymns, distributing literature, and shouting as part of First Amendment protected activities – as long as no threats are communicated and facility access is in no way impeded.

Law enforcement officers and other officials like judges and prosecutors have been given tremendous power by local, state, and federal government agencies—authority they must have to enforce the law and ensure justice in our country. These powers include the authority to detain and arrest suspects, to search and seize property, to bring criminal charges, to make rulings in court, and to use deadly force in certain situations.

Preventing abuse of this authority, however, is equally necessary to the health of our nation’s democracy. That’s why it’s a federal crime for anyone acting under “color of law” to willfully deprive or conspire to deprive a person of a right protected by the Constitution or U.S. law. “Color of law” simply means the person is using authority given to him or her by a local, state, or federal government agency.

The FBI is the lead federal agency for investigating color of law violations, which include acts carried out by government officials operating both within and beyond the limits of their lawful authority. Off-duty conduct may be covered if the perpetrator asserted his or her official status in some way. Those violations include, but are not limited to, the following acts:

Excessive force: In making arrests, maintaining order, and defending life, law enforcement officers are allowed to use whatever force is “reasonably” necessary. The breadth and scope of the use of force is vast—from just the physical presence of the officer to the use of deadly force. Violations of federal law occur when it can be shown that the force used was willfully “unreasonable” or “excessive.”

Sexual assault: Sexual assault by officials acting under color of law can happen in jails, during traffic stops, or in other settings where officials might use their position of authority to coerce an individual into sexual compliance. The compliance is generally gained because of a threat of an official action against the person if he or she doesn’t comply.

False arrest and obstruction of justice: The Fourth Amendment of the U.S. Constitution guarantees the right against unreasonable searches or seizures. A law enforcement official using authority provided under the color of law is allowed to stop individuals and, under certain circumstances, to search them and retain their property. It is in the abuse of that discretionary power—such as an unlawful detention or illegal confiscation of property—that a violation of a person’s civil rights may occur.

Fabricating evidence against or falsely arresting an individual also violates the color of law statute, taking away the person’s rights of due process and unreasonable seizure. In the case of deprivation of property, the color of law statute would be violated by unlawfully obtaining or maintaining a person’s property, which oversteps or misapplies the official’s authority.

The Fourteenth Amendment secures the right to due process; the Eighth Amendment prohibits the use of cruel and unusual punishment. During an arrest or detention, these rights can be violated by the use of force amounting to punishment (summary judgment). The person accused of a crime must be allowed the opportunity to have a trial and should not be subjected to punishment without having been afforded the opportunity of the legal process.

Failure to keep from harm: The public counts on its law enforcement officials to protect local communities. If it’s shown that an official willfully failed to keep an individual from harm, that official could be in violation of the color of law statute.

To file a color of law complaint, contact your local FBI office by telephone, in writing, or in person. The following information should be provided:

You may also contact the United States Attorney’s Office in your district or send a written complaint to:

FBI investigations vary in length. Once our investigation is complete, we forward the findings to the U.S. Attorney’s Office within the local jurisdiction and to the U.S. Department of Justice in Washington, D.C., which decide whether or not to proceed toward prosecution and handle any prosecutions that follow.

While the FBI does not investigate civil violations, Title 42, U.S.C., Section 14141 makes it unlawful for state or local law enforcement agencies to allow officers to engage in a pattern or practice of conduct that deprives persons of rights protected by the Constitution or U.S. laws. This law, commonly referred to as the Police Misconduct Statute, gives the Department of Justice authority to seek civil remedies in cases where law enforcement agencies have policies or practices that foster a pattern of misconduct by employees. This action is directed against an agency, not against individual officers. The types of issues which may initiate a pattern and practice investigation include:

Under Title 42, U.S.C., Section 1997, the Department of Justice has the ability to initiate civil actions against mental hospitals, retardation facilities, jails, prisons, nursing homes, and juvenile detention facilities when there are allegations of systemic derivations of the constitutional rights of institutionalized persons.

The FBI is able to investigate civil rights violations based on a series of federal laws.