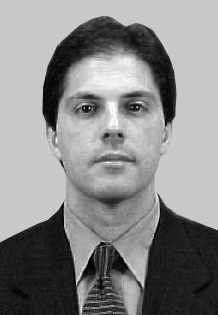 In January 2002, Special Agent Gerard Senatore traveled with Charlotte’s Evidence Response Team (ERT) to the Fresh Kills Landfill on Staten Island, New York to assist with a sifting operation for the World Trade Center debris. Though fitted with respirators, many of the ERT staff were forced to remove them to communicate over the noise of heavy machinery. During this time, the Fresh Kills Landfill still contained heavy dust from the tower site that was kicked up by the heavy sifting machines.

In July 2008, Senatore was diagnosed with stage four non-Hodgkin’s lymphoma. Despite undergoing aggressive treatment, Senatore succumbed to his illness on January 19, 2011. Extensive research by the Centers for Disease Control and the National Institute for Occupational Safety and Health established sufficient evidence that Senatore’s exposure to the air in and around the rubble at the Fresh Kills Landfill either precipitated or accelerated his development of non-Hodgkin’s lymphoma.

Special Agent Senatore was born in April 1964 in Paterson, New Jersey. He entered on duty with the FBI in March 1990.