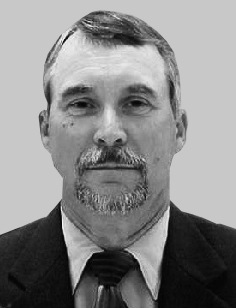 On September 11, 2001, United Airlines Flight 93 was commandeered by terrorists while on its way from Newark, New Jersey to San Francisco, California. Passengers attempted to retake the plane during the flight, and it crashed into an abandoned strip mine near Shanksville, Pennsylvania.

The impact crater contained aviation fuel and smoldering debris that burned for several days after the crash. FBI Evidence Response Team (ERT) members, including Special Agent Paul Wilson, used heavy machinery to remove debris and contaminated soil from the crater before manually sifting through debris to recover possible evidence. As the ERT processed the crash scene, Wilson assisted in building sifting screens and driving evidence to the local airport for transport to the FBI Laboratory.

In 2006, Wilson was diagnosed with pancreatic cancer, and he succumbed to the disease on February 25, 2007. Extensive research by the Centers for Disease Control and the National Institute for Occupational Safety and Health established sufficient evidence that Wilson’s exposure to the air at the Shanksville, Pennsylvania crash site either precipitated or accelerated his development of pancreatic cancer.

Special Agent Wilson was born in June 1951 in Sharon, Pennsylvania. He entered on duty with the FBI in March 1981.