Training Accident at Sea Occurred One Year Ago 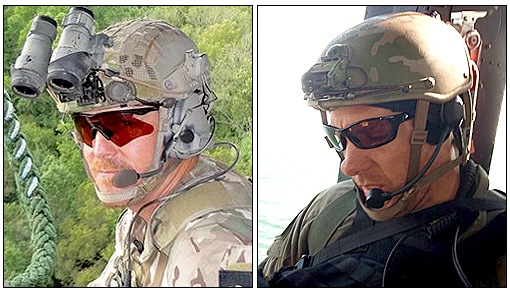 Steve Shaw, left, and Chris Lorek were special agents and members of our Hostage Rescue Team.

This month marks the one-year anniversary of the deaths of Chris Lorek and Stephen Shaw, special agents and members of our Hostage Rescue Team who were killed during a training accident off the coast of Virginia.

The two will be honored this week—during National Police Week—and their names will be installed in the FBI’s Hall of Honor, a tribute to fallen agents killed in the line of duty throughout the Bureau’s history.

As boys, both Chris and Steve dreamed of becoming FBI agents. They achieved that goal and then some, earning places on the Hostage Rescue Team (HRT), the Bureau’s celebrated counterterrorism tactical unit that selects few members and undertakes dangerous missions around the globe.

“Chris and Stephen chose to be part of a team that assumes the greatest risk as part of their everyday job, a team that says, ‘Yes, we will,’ without any hesitation,” noted former FBI Director Robert Mueller during a memorial service last year. “And though that kind of motivation—of service over self, even at the greatest cost—is difficult for some to comprehend, it is who they were, and it was in their very DNA, as it is with every member of HRT.”

On May 17, 2013, during HRT training at sea near Virginia Beach, the two were fast-roping out of a helicopter when the aircraft encountered serious difficulties, causing the men to fall a significant distance into the water and suffer fatal injuries.

News of the accident sent shockwaves through the HRT and the entire FBI. Chris, 41, and Steve, 40, were both married and each had two children. They lived near Quantico, Virginia, where the HRT is headquartered.

“It was an absolutely tragic day,” said Jim Yacone, a former HRT operator and commander of the team. He now leads the Bureau’s Critical Incident Response Group (CIRG), of which the HRT is a part. “Whether it’s a training exercise or an actual mission, there are no acceptable losses.”

Chris and Steve—like all their HRT colleagues—acknowledged and accepted the risks involved with being operators, Yacone explained. “They understood that HRT has to remain mission-ready at all times. They would not want us to stop training or preparing for the most extreme environments and circumstances.”

Although the loss of the two popular and respected operators was a blow to the team, Yacone added that they will not be forgotten. “All of us will remember these two outstanding individuals and the contributions they made. Everybody has Chris and Steve in their memory, and that will be a driving force going forward. The team won’t want to let them down.”

The two are described by their HRT colleagues as talented, professional, and humble. “We have a dangerous job on HRT,” one operator said. “In the back of your head you always know there’s that ultimate risk, but it doesn’t make their loss any easier.” He added, “I know for all of us, it felt like we lost a family member, not just teammates.”

Yacone suggested that while HRT operators will carry on with their mission, “they will know that Steve and Chris are watching—watching how we perform and how we stand up for them and their memory.”

Images associated with this story

Steve Shaw liked a challenge. “He always had to do the job that was the most difficult, the most challenging,” said his mom, Tracy Shaw.