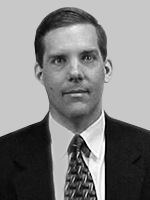 On May 17, 2013, the FBI’s Hostage Rescue Team (HRT) was conducting a helicopter-based, maritime counterterrorism training exercise off the Atlantic coast near Virginia Beach, Virginia. Special Agent Chris Lorek and his training partner, Special Agent Stephen Shaw, were participants in this exercise, which included HRT operators fast-roping from their helicopter onto the deck of a ship. During the exercise, the helicopter encountered in-flight difficulties, resulting in corrective action to maintain control of the helicopter. The sharp banking and rapid movement caused both SA Lorek and SA Shaw to be thrown from the rope to the water. Both agents were transported to a nearby hospital, where they succumbed to their injuries.

Special Agent Lorek was born in August 1971 in Maywood, Illinois. He entered on duty with the FBI in September 1996 and then became a special agent in October 1998.