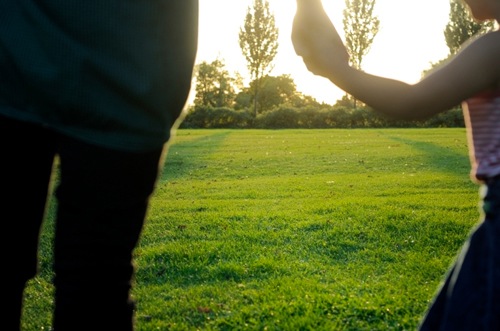 When a child goes missing, it impacts the whole community. And while local law enforcement and investigators from our regional FBI offices respond and begin looking into the disappearance, the Bureau has an additional investigative asset that can be called upon for these time-sensitive cases—our national Child Abduction Rapid Deployment (CARD) team, which works to recover victims as quickly as possible and helps apprehend those responsible for taking them.

The CARD team, created in 2006, has been deployed more than 100 times for approximately 108 victims, both domestically and—when requested—abroad. Numerous children have been located and safely returned to their loved ones. Tragically, the remains of victims have also been found—though this can at least provide some sort of closure for their families.

The 60 or so agents who make up the CARD team are stationed at field offices around the country. Each is assigned to one of five regional teams that cover the Northeast, Southeast, North Central, South Central, and Western United States and are deployed at the request of a field office. Deployment size depends on the case and the particular needs of local responders.

CARD team investigators are seasoned veterans of crimes against children cases—especially child abductions—and have received extensive training. While some local law enforcement agencies may only work one or two child abduction cases a year, CARD team agents work these kinds of cases all the time, keeping their unique skill set honed.

They often deploy to the abduction site with FBI behavioral analysis experts and technical specialists in tow. CARD team agents also work closely with National Center for the Analysis of Violent Crime coordinators, members of the regional FBI-led Child Exploitation Task Forces, and representatives from our Violent Crimes Against Children Section at FBI Headquarters.

What exactly does the CARD team bring to the table? In addition to being on the scene within an hour or two to augment local resources, these agents can quickly establish on-site command posts to centralize investigative efforts. They also help map registered sex offenders in the area, handle national and international leads, guide investigative efforts using the protocols from the FBI’s child abduction response plan, coordinate forensic resources as needed, and incorporate the Bureau’s technical assets—which play an increasingly larger role in investigations where every minute counts.

But the true measure of the CARD team’s impact is how often these kids are found safe. Here are a few recent examples where that’s happened:

In the public eye—and even in some state and local law enforcement circles—there are common misconceptions about when the FBI can get involved in child kidnappings. That there has to be evidence a victim has been taken across state lines. Or that a ransom demand has to be made. Or that 24 hours must pass.

Whether the case ends up being investigated and prosecuted at the local level or at the federal level, the Bureau will always leverage our investigative resources and technical assets to work hand in hand with state and local law enforcement agencies on cases involving the mysterious disappearance of a child. Our role is to help investigate the disappearance, recover the child, and apprehend the person or persons responsible.

And that role begins as soon as we’re notified.

In Their Own Words: CARD Team Members Reflect

Members of the CARD team—seasoned investigators with experience in crimes against children cases that are often multi-jurisdictional and multi-agency—have purposely chosen this line of work because they care deeply about the welfare of all children. Here are personal reflections from four particular CARD team agents on what they do and why they do it.

Q: What made you want to become a CARD team member?

“There’s nothing more important than protecting our children.”

“I had just finished working two child abductions. The cases were physically and mentally exhausting, but the nature and innocence of the victims was such that I wanted to help in future cases as well.”

“After inheriting a high-profile cold case involving a missing 6-year-old girl, I learned how important initial documentation is to someone coming in many years later with only the case file for review. I hoped that this unique perspective could add a layer of experience to an already very experienced group of agents on the CARD team.”

“The team was everything I’ve trained for in my career. It was a chance to be involved in something good, and I wanted to be a part of it.”

A large-scale fraud ring charge millions of dollars on credit cards they had no intention of paying off—the leader was sentenced to 12 years in prison.