Ringleader Sentenced to 12 Years in Prison 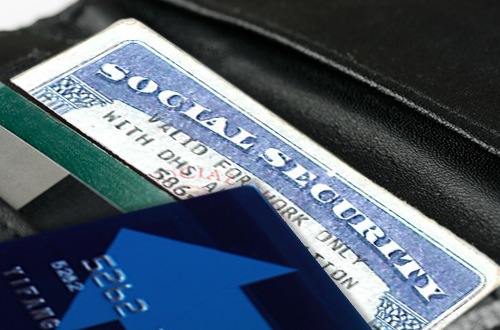 The leader of a large-scale fraud ring who profited by helping people establish fake identities—enabling them to charge millions of dollars on credit cards they had no intention of paying off—was recently sentenced to 12 years in prison after pleading guilty to the charges against him.

The fraud carried out by New Jersey resident Sang-Hyun “Jimmy” Park was sophisticated and also brazen. He actively recruited scores of participants by placing ads that promised easy credit and easy money in Korean-language newspapers.

The scam hinged on Social Security cards that had 586 in the prefix. These were legitimate documents issued in the 1990s mostly to Chinese nationals hired to work in American territories such as Guam and American Samoa. When the workers returned to China, criminals there bought the so-called 586 cards, knowing they might illegally profit from them.

The criminals gathered more than 20,000 of the second-hand cards and then found buyers for them throughout the United States. In the New Jersey area, Jimmy Park was buying all the 586 cards he could get.

“He realized he had a clean slate with perfectly valid Social Security numbers,” said Special Agent Barbara Woodruff, one of a team of investigators who worked the case out of our Newark Division. “Park understood the potential for financial gain and took it to the next level.”

Here’s how the scam worked:

The scammers then proceeded to “bust out” their credit cards, charging as much as $30,000 per month. “With an impeccable credit history,” Woodruff explained, “none of the financial institutions batted an eye. Why would they?”

When it came time to pay monthly bills, the scammers made online or telephone payments using accounts that had no money behind them—knowing that the banks and retail outlets could take several days to figure out that the payments were bogus. During that period, they charged even more items.

“They were able to steal millions of dollars in a short amount of time,” Fanelli said.

Park and his conspirators also paid merchants to charge sums on the fraudulent credit cards when no actual transactions took place. After receiving money from the fake sales in their accounts, the merchants gave the proceeds to Park, minus their cut.

Our investigation began at the end of 2008 after clues about the fraud were discovered during a homicide investigation (see sidebar). Arrests were made in September 2010. In all, 54 individuals were charged with various felony frauds, and most have pled guilty. Park admitted to defrauding numerous companies out of millions and was sentenced in February. After completing his prison term, he will be deported to South Korea.

Our investigation into Sang-Hyun “Jimmy” Park began as a result of a triple homicide in New Jersey. A Bergen County Police Department detective working the murder case of a Korean family found multiple sets of driver’s licenses and identities at the crime scene. He suspected identity fraud and brought that information to the FBI. The murder case was solved, and the detective continued to play a vital role in the fraud investigation.

“This financial fraud was the fastest and the biggest white-collar investigation I ever worked,” said Special Agent Barbara Woodruff. “We charged 54 people, and we did it all in less than two years.”

Woodruff and Special Agent Theresa Fanelli agree that partnerships—with other law enforcement agencies, the U.S. Attorney’s Office, and financial institutions that cooperated fully—made all the difference in the case.

“We had a wonderful team that included the Internal Revenue Service and the Department of Homeland Security,” Fanelli said. “We were all working toward a common goal—to bring these criminals to justice no matter how long it took.”