Part 7: The FBI and Jeffrey Dahmer 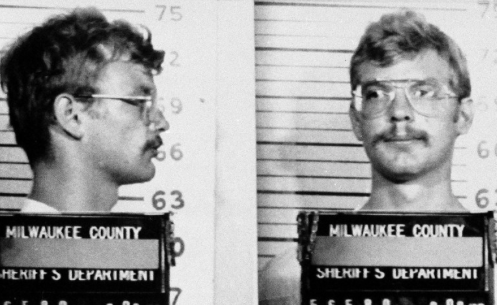 At about 11:30 on the night of July 22, 1991, Milwaukee Police Department patrol units saw a partially clothed man stumbling down the road near an apartment building on North 25th Street. A handcuff could be seen dangling from his wrist. The young man reported to police that he had been threatened with a knife inside that apartment building, prompting the officers to investigate. And the first report on the incident to FBI Headquarters indicated that the police arrested a man named Jeffrey Dahmer at his apartment, where they had discovered what could have been the set of a horror movie—numerous body parts belonging to multiple victims.

In serial murder cases, the FBI’s role is often that of providing forensic and other investigative support in an ongoing investigation. That was certainly the case with Dahmer.

After analyzing our options regarding jurisdiction in this case under the federal kidnapping statute, the Bureau offered its laboratory and identification services to local authorities in Milwaukee. To help identify previous victims, investigators began tracing the killer’s trail across the U.S. and around the world. Behavioral analysts, also known as profilers, participated as well.

The remains of 11 victims were found in Dahmer’s apartment. Evidence recovered there—from physical remains to tools used to torture and dismember victims—was sent to FBI Headquarters for forensic analysis. The Bureau ran DNA profiles; conducted chemical, biological, and tool mark analyses; undertook photographic and computer examinations; and performed other tests on submitted evidence. Bureau agents and analysts also investigated whether Dahmer could be linked to unsolved murders in areas where he was known to have lived, including Ohio, Florida, and Germany—one of the locations Dahmer was stationed while in the U.S. Army.

Soon after his arrest, Dahmer confessed to committing more than a dozen murders that included the torture and mutilation of his victims and the abuse of their corpses.

In early 1992, Wisconsin prosecutors—armed with evidence provided by the Bureau— began to set forth charges that Dahmer had killed 15 men during the course of a long criminal career. He was sentenced to life in prison and extradited to Ohio, where he was convicted of another murder. In 1994, while serving his sentence in a Wisconsin prison, Dahmer was bludgeoned to death by a fellow inmate.

The FBI’s involvement in serial killer cases has evolved over time. In the 1970s, we began applying the insights of psychology and behavioral science to violent criminal behavior. Federal legislation on serial killings in 1988 and on violent crimes against interstate travelers in 1994 expanded our operational jurisdiction. And of course, advancements in forensics over the years—such as DNA analysis and automated fingerprint capabilities—have played, and will continue to play, a vital role in stopping these killers and identifying their victims.

More about the FBI’s role in this case can be found on the FBI Vault, where we have made our Freedom of Information Act release of material on Dahmer available. This material was released a number of years ago and includes our Headquarters file, Milwaukee Division file, a file from the FBI Laboratory concerning tests made on evidence from Dahmer’s apartment, and a foreign police cooperation file on efforts to determine if Dahmer had killed anyone while living in Germany.

Child predator Neil Stammer was arrested in Nepal after 14 years on the run.