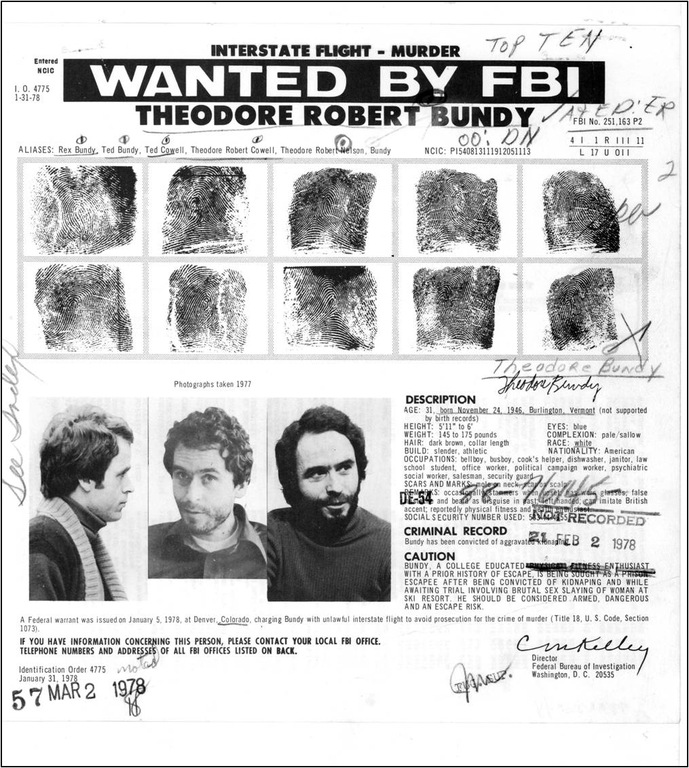 No one knows when or where Theodore “Ted” Bundy killed for the first time. It could have been during his teenage years or when he was in his early 20s in the late 1960s. It might have been in Washington state, where he resided for many years, or on the East Coast, where he was born and lived as a young boy and had family ties.

But we do know that by 1974, Ted Bundy’s prolific reign of terror and murder was underway. In Washington state, young, attractive female college students began disappearing. Local police investigated, and clues began to emerge. Witnesses pointed to a Volkswagen Beetle and a young man on crutches or with an arm in a sling.

Bundy moved to Salt Lake City that summer, and the murders continued in Utah, Idaho, and Colorado. In August 1975, police arrested Bundy for the first time after pulling him over in his Volkswagen and finding suspicious items—including handcuffs, rope, and a ski mask—that investigators later linked to missing women. In February of the following year, he was found guilty of kidnapping and assaulting a Utah teenager who had managed to escape from him, landing in prison for up to 15 years.

Meanwhile, investigators from multiple states were piecing together the string of murders. In 1976, Bundy was charged with killing a vacationing nursing student, and he found himself in Aspen, Colorado in June 1977 for a preliminary hearing. Left alone at one point, Bundy let himself out of a second story window, jogged down Main Street, and disappeared. Extensive searches were made, and the FBI quickly began to gather and disseminate Bundy’s criminal history and identification information. Soon after, FBI agents swore out a federal arrest warrant for unlawful flight to avoid confinement, and a $100,000 reward was offered for his capture.

Bundy didn’t make it far; he was located in Aspen a few days later. But he bided his time and seized another opportunity for escape on New Year’s Eve in 1977—slipping through an opening in the ceiling of his cell and sneaking out through the jailer’s office.

A nationwide manhunt followed, and the FBI played a central role. We created a series of wanted posters and other identification material, processed latent fingerprints from around the country, provided insight from our Behavioral Analysis Unit, and—as the days stretched into weeks—added Bundy to our Ten Most Wanted Fugitives list on February 10, 1978.

Tragically, Bundy continued his murder spree while on the run. On the evening of January 14, he invaded a Florida State University sorority house, brutally killing two co-eds and leaving a third with serious injuries.

But the net was closing. Around 1:30 a.m. on February 15, a Pensacola police officer noticed a stolen orange Volkswagen Beetle driving west on Cervantes Street and ordered the car to pull over. Bundy resisted but was eventually taken into custody.

The officer had no idea who was inside the car, but Bundy was quickly identified with the help of the FBI’s fugitive flyer and was soon back in Colorado to face murder charges. He was eventually convicted and executed, but not before admitting to more than two dozen murders over many years. There may have been even more. To this day, Ted Bundy remains one of the nation’s most deadly and notorious serial killers. 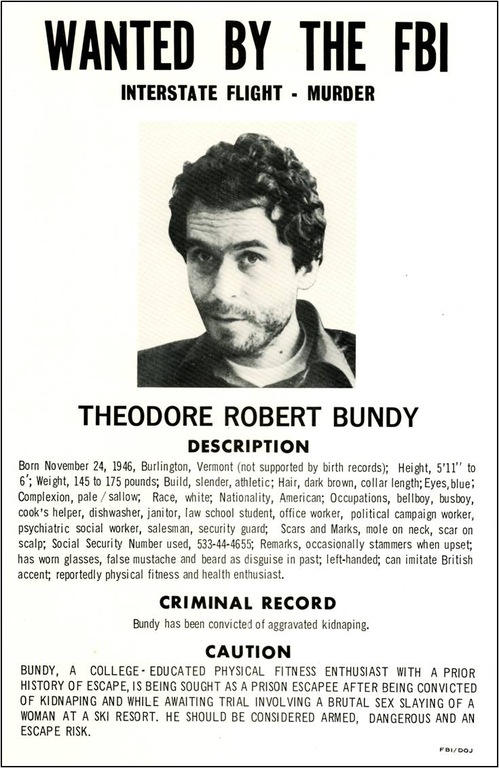 A company that claimed to be an institutional lender offered loans to corporate executives, accepted as collateral stock held in their publicly traded companies, and then sold the stock out from under them.

The case of former Detroit mayor Kwame Kilpatrick, who stole from citizens he vowed to serve.