Part 5: Held to a Higher Standard 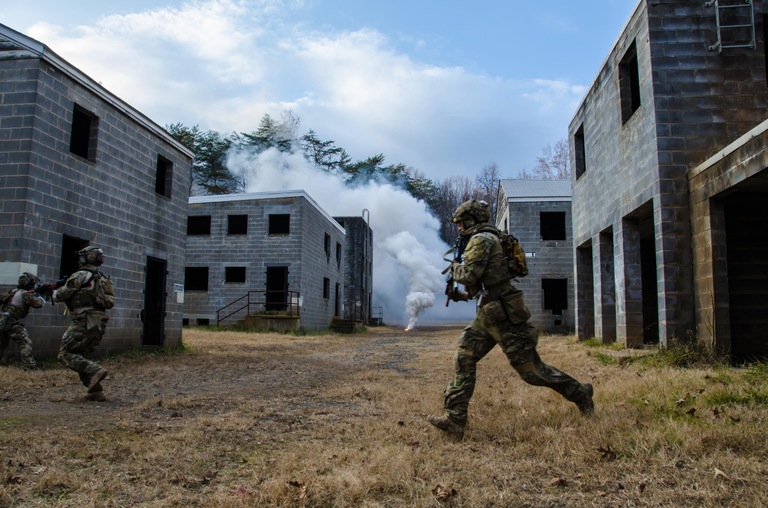 Jaime Atherton was a 30-year-old former Marine and Vietnam veteran when he became an FBI agent in 1976. He joined the SWAT team in our San Francisco office, and later, after a transfer to the FBI Laboratory’s explosives unit in Quantico, Virginia, he heard about a brand new team that was forming—the Hostage Rescue Team.

The 1984 Summer Olympics in Los Angeles were approaching, and the federal government realized it needed a non-military counterterrorism tactical team to help safeguard the games—and to prevent a tragedy like the one that occurred at the Munich Olympics in 1972, when Palestinian gunmen took 11 Israeli athletes hostage and later murdered them. The responsibility for that new tactical team was given to the FBI, and Atherton (now retired) wanted to be a part of it.

“It appealed to me,” he said, “the challenge that was involved, the chance to be a part of something new, and the ability to make a difference—that’s why I joined the Bureau.”

Atherton’s bomb tech background in the Marines and the FBI made him well-suited for a new explosive breaching capability the HRT wanted to use (see sidebar), but first he had to survive the selection process, an arduous physical and mental test that was like nothing he had ever experienced.

For one thing, candidates didn’t know what stressful endurance test or mental challenge was coming next. And they received no feedback on how they were doing. “You had no idea what the standards were or how you were being judged,” he recalled. “That played on your mind.”

Even after he made the team, becoming one of the Bureau’s 50 first-generation HRT operators, no one was certain the concept of a full-time tactical team would succeed. “You’ve got to remember that in 1983 when it started, there were a lot of people who said, ‘As soon as the Olympics are over, you guys are going to be reassigned.’ ”

Three decades later, the team has proven its worth during hundreds of high-risk missions in every corner of the world—from the 1998 U.S. Embassy bombings in East Africa to deployments in Iraq and Afghanistan and the arrests of Top Ten fugitives and the D.C. snipers. They have achieved that success—through 27 generations of operators—because of the HRT’s rigorous selection process and the individuals who have what it takes to make the team.

“We were always aware that we were being held to a higher standard, both professionally and personally,” said Atherton, who spent 16 years as an operator and another decade working in the HRT program. “It’s no different for today’s operators.”

Going back to that first selection, Atherton recalled, “When you saw the caliber of person that was there with you, the dedication that each of them had, you just wanted to do that much better yourself. If you scratch the surface of anyone who has ever been on the team,” he added, “you are going to find the same personality traits and the same qualities and motivations.”

Retired Special Agent Jaime Atherton helped pioneer the HRT’s use of explosive breaching to gain entrance into fortified places during crisis situations. In 1991, he was part of the team that helped rescue nine hostages held by Cuban inmates in the Talladega federal prison in Alabama. The Cubans had been incarcerated after the Mariel boatlift in 1980 and were rioting to prevent their return to Cuba.

“We were there eight or nine days during the standoff and negotiations when the Cubans threatened to kill some of the hostages,” Atherton recalled. “And because they had nothing to lose, they were taken very seriously.” The acting attorney general gave the FBI the green light to rescue the prisoners, and the HRT led the way.

The Cubans and their hostages were barricaded behind bars in a section of the prison, and as Atherton pointed out, it’s much easier to break out of a prison than into one. But when his team got the word, operators executed the type of explosive breach they had trained for—and it worked flawlessly. The hostages were rescued unharmed, and none of the Cubans were hurt.

“That was our first significant use of explosive breaching,” Atherton said, “and to do it in a maximum security prison with people’s lives at stake—that was a pretty big moment for us, a pretty intense couple of minutes. That’s where all your training pays off.”

The case of a Middle Eastern crime ring shows how millions in goods are swiped annually.