Part 3: Training for Every Contingency 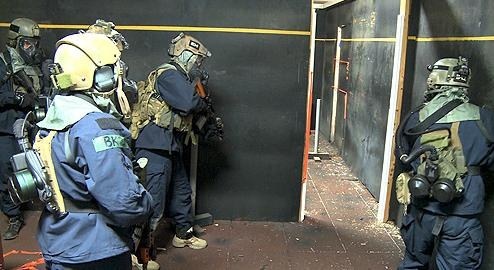 The handful of special agents who make it through the Hostage Rescue Team’s selection process have only just begun their journey to become HRT operators. Each new generation of recruits must undergo eight months of intensive training before joining the team and deploying on missions.

“As an HRT operator, you are going to be on the cutting edge of what the Bureau does tactically, both in the United States and overseas,” said Special Agent John Piser, a former operator who now runs the team’s selection and training programs. “That requires a substantial commitment—and a significant amount of training.”

Recruits relocate to be near the HRT’s headquarters in Quantico, Virginia. There, they begin New Operator Training School—a full-time job and a total immersion into the world of tactics, firearms, and teamwork.

Over the course of 32 weeks, new operators learn specialized skills—fast-roping out of helicopters and SCUBA diving, for example—and few are more critical than close-quarter battle (CQB). “How quickly we can secure a house with a credible threat inside might mean the difference between a hostage living or dying,” Piser said.

As new operators advance in tactical expertise, training drills become more complex. Live-fire CQB exercises in the HRT’s “shooting house” mimic real-world missions. The shooting house is a large, maze-like series of rubber-coated walls—the rubber absorbs bullets and prevents ricocheting—that can be arranged into different room configurations so a variety of scenarios can be played out. As operators work together to effect a successful resolution, instructors view their movements from catwalks above. 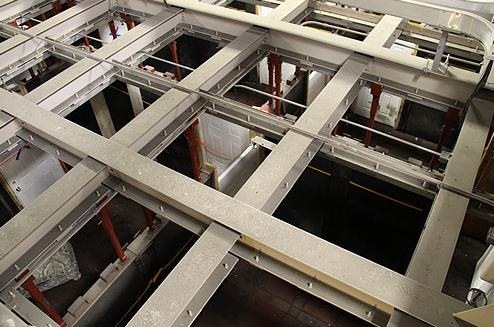 Instructors watch new operators go through their movements from catwalks above.

“The HRT is federal law enforcement’s first-tier tactical team because of its advanced training and capabilities,” noted Special Agent Kevin Cornelius, a section chief and former operator who now commands the team. That’s the main difference between SWAT teams and the HRT. Whereas Bureau SWAT members train a few days each month—while maintaining their full-time jobs as investigators—HRT operators train full-time and have capabilities SWAT teams don’t possess, such as the ability to operate in extreme climates.

“When a crisis situation exceeds the capabilities of local and regional tactical teams,” Cornelius said, “then the HRT gets the call. Because of our extensive training, we are more prepared to address complex problems.”

After New Operator Training School, graduates join individual teams within the HRT. For the first year, they continue to develop their basic assault skills—but they must also specialize as breachers, communicators, or medics. The fast-paced culture is “very satisfying,” Piser said, but it’s not without sacrifice. Operators are often away from their families for extended periods and can be called away with little notice.

“The time away from home is difficult,” said Sean Joyce, a former HRT member who is now the FBI’s deputy director, “but that’s something operators and families learn to cope with.” He added that the extensive, continuous training HRT operators go through that keeps them from their personal lives is absolutely essential—“because what you do in practice is what you’re going to do when the real game is on.”