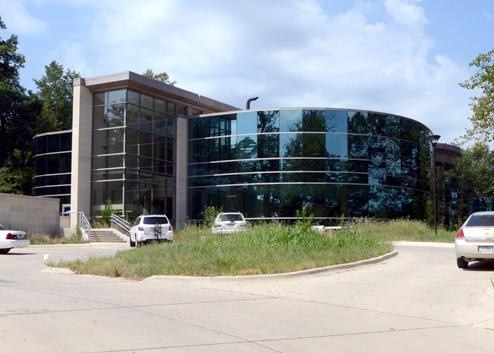 The $20 million headquarters of the now-bankrupt Peregrine Financial Group in Cedar Falls, Iowa.

He was a successful CEO of his own futures brokerage firm and a respected member of his community, creating jobs and supporting local charities.

Or so it seemed. For years, Russell Wasendorf, Sr.—as Acting U.S. Attorney Sean R. Berry of the Northern District of Iowa recently put it—was really a “con man who built a business on smoke and mirrors.”

It all fell apart in July 2012, when Wasendorf—after an unsuccessful suicide attempt—admitted stealing millions from more than 13,000 investors who had entrusted their hard-earned money to him and his company, the now-bankrupt Peregrine Financial Group (PFG), based in Cedar Falls, Iowa. Last month,Wasendorf was sentenced by a federal judge to 50 years in prison—the maximum term allowed by law—and ordered to pay restitution to his victims.

How it started. In the early 1990s, Wasendorf’s Peregrine partner pulled his money out of the operation, and Wasendorf didn’t have the funds to keep the company going. So he helped himself to at least $250,000 of Peregrine’s customer funds in accounts at an outside bank. To conceal the theft, he used a copy machine to fabricate a phony bank statement.

For the next 20 or so years, Wasendorf continued to steal from customer funds while his company incurred tens of millions of dollars in losses. He carried out this scheme through a series of complex actions designed to conceal his activities and the deteriorating state of the company. For instance:

Russell Wasendorf, Sr.’s 50-year sentence was based on a variety of factors, including the amount of financial loss, the sophisticated means used to execute the fraud, and the large number of victims. But he’s not the only subject of an FBI financial fraud case to end up with an extraordinarily lengthy prison sentence. Here are a few more examples:

- Bernard Madoff—150 Years: Founder of Bernard L. Madoff Investment Securities, LLC, he engineered a Ponzi scheme that resulted in billions of dollars of losses to thousands of investors. The federal judge who sentenced him said that Madoff’s “fraud was staggering.” New York press release

- Allen Stanford—110 Years: Chairman of the board of Stanford International Bank, he orchestrated a 20-year investment fraud scheme that helped him steal $7 billion to finance his personal businesses. Speaking at his sentencing on behalf of those he defrauded, a woman told Stanford that “many of the victims had lived the proverbial American dream, only to have it snatched away from them in the name of greed.” Houston press release

- Thomas Petters—50 Years: Petters stole billions of dollars in money and property by inducing investors to provide his company with funds to purchase merchandise that was to be resold to retailers at a profit. Of course, no such purchases were made. Then-Minneapolis Special Agent in Charge Ralph Boelter said he hoped that Petters’ “appropriate” 50-year sentence “will serve as an effective deterrent to those similarly inclined.” Minneapolis press release

What did Wasendorf do with the misappropriated funds? He created the appearance that PFG was legitimate and successful in order to ward off the suspicions of regulators and auditors. He also funded his own outside business interests—for example, he opened two restaurants in Cedar Falls. And finally, he lived quite luxuriously—he owned a private jet and a huge estate that included a million-dollar indoor swimming pool and a 1,000-bottle wine cellar.

The case began when the Blackhawk County Sheriff’s Office, first on the scene of Wasendorf’s attempted suicide, contacted the FBI after discovering notes left by the executive admitting his illegal deeds. The ensuing federal investigation—which involved multiple searches, reviews of thousands of electronic and paper documents, and numerous interviews—culminated in September 2012 with Wasendorf’s guilty plea.

Special thanks as well to our partners at the U.S. Postal Inspection Service and the U.S. Attorney’s Office for the Northern District of Iowa for their assistance in this case.

Our continuing series goes behind the scenes at the HRT’s New Operator Training School.