The border awareness campaign includes publicity outreach efforts, such as the poster above, in 10 FBI field offices whose areas of responsibility include border crossings, airports, and seaports.

During his trial on public corruption charges in 2013, former U.S. Customs and Border Protection officer Hector Rodriguez admitted that he had been receiving bribes of cash and luxury items for two years in return for admitting illegal aliens into the U.S. through his inspection lane at the San Ysidro Port of Entry in San Diego, California.

While the overwhelming majority of law enforcement officers and public officials who work at the country’s ports and borders are honest and dedicated, even one corrupt official like Rodriguez can pose a serious threat to the nation’s security—because what if one of those individuals smuggled through a port of entry is a terrorist carrying a bomb?

For that reason, the FBI—in collaboration with the Department of Homeland Security—is launching a campaign to raise awareness about the dangers of border corruption so that citizens and government employees who see corruption or suspicious activity will call the FBI to report it.

“Public corruption is the FBI’s top criminal priority,” said Sergio Galvan, chief of the Bureau’s Public Corruption Unit at FBI Headquarters in Washington, D.C. “It is critical for us to engage the public to help stop these crimes. We’re not expecting citizens to be detectives,” Galvan explained, “but if you see something that doesn’t seem right, report it. If you notice someone going through security without being searched, or if you work on the border and know someone in your agency that is looking the other way, call the FBI.”

“The point of our public awareness campaign is that we need your eyes and ears to help keep the country safe.”

“We want to know what people are seeing and hearing,” Galvan said, “whether you are a frequent traveler, a truck driver, or a law enforcement official who works on the border.”

Hector Rodriguez pleaded guilty to receiving bribes and bringing aliens into the country for financial gain. In 2013 he was sentenced to five years in prison and three years of supervised release for receiving thousands of dollars in cash, along with Rolex watches and an expensive vehicle, for looking the other way. But public corruption on the border is by no means limited to the Southwest border. 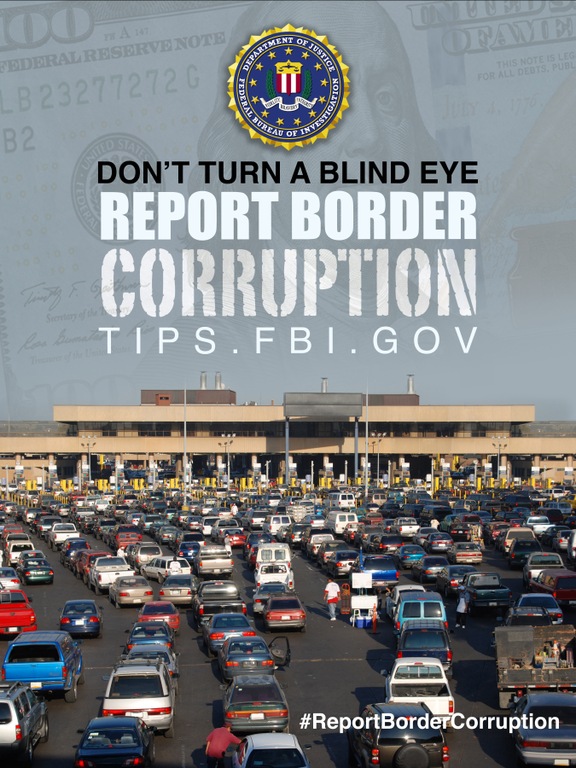 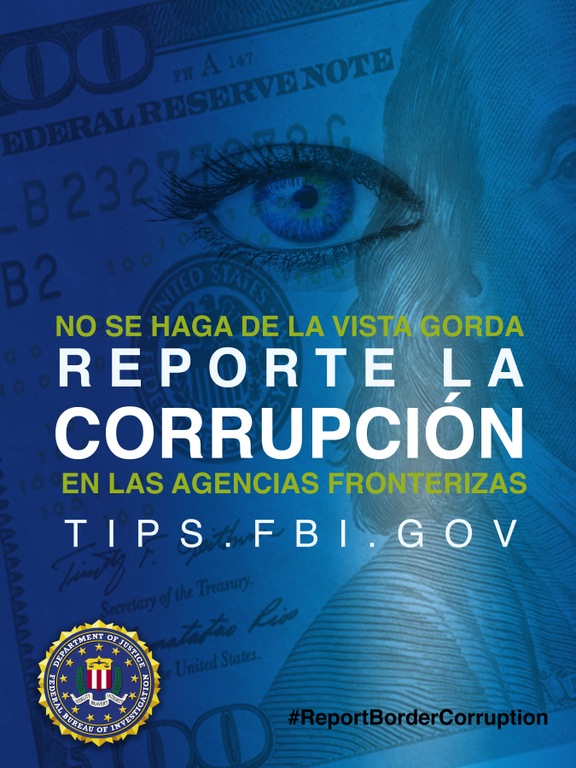 Posters and banners in English and Spanish encourage the public to report suspected border corruption to the FBI at tips.fbi.gov. All posters are available to view and download at the bottom of this page.

The FBI has 22 border corruption task forces and working groups across the country staffed by 39 local, state, and federal partner agencies, including U.S. Customs and Border Protection, the Drug Enforcement Administration, and the Transportation Security Administration. More than 250 officers are working cases and gathering intelligence to stop public corruption along all U.S. ports of entry.

And while federal, state, and local officials who serve along our borders are working hard to keep the country safe from outside threats, “when even one of those individuals is compromised, it creates a grave situation,” Galvan said. “What I would like to say to the public and to individuals who work in agencies that serve at the border is that the FBI is here to help you—but we can’t help if we don’t get information. If you see something, pick up the phone. Call your local field office or submit a tip on our website. The point of our public awareness campaign,” he added, “is that we need your eyes and ears to help keep the country safe.” 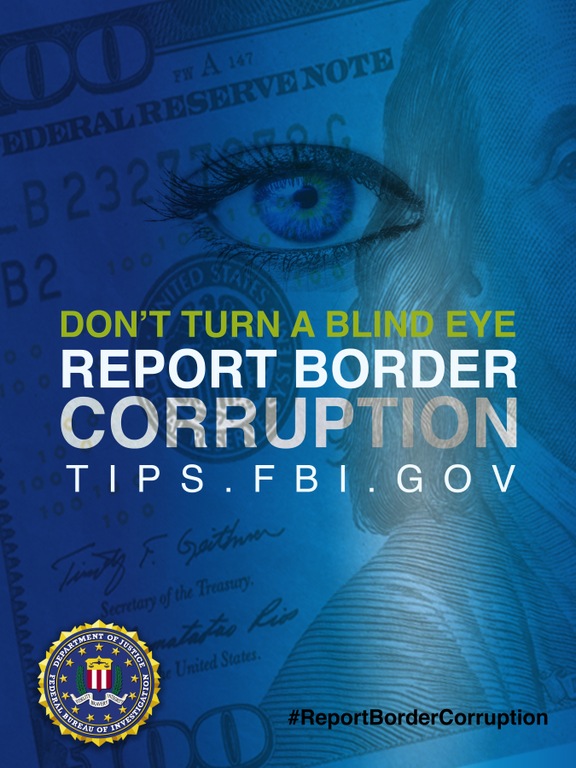 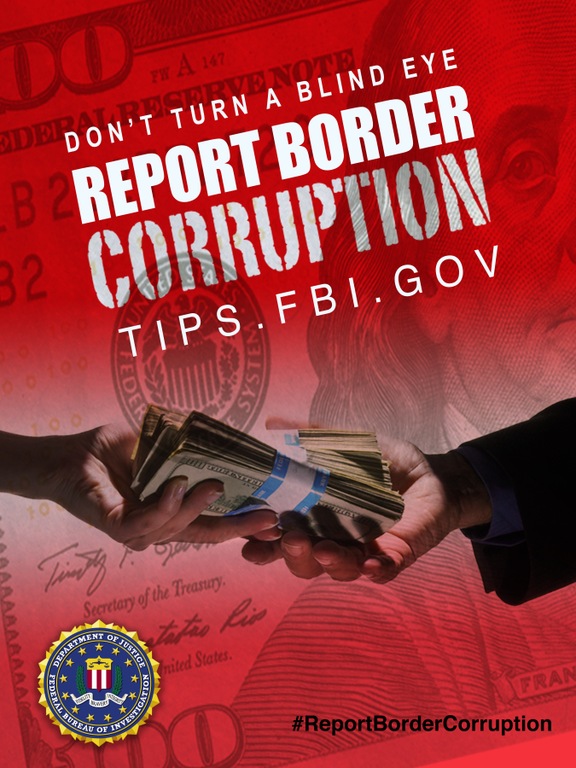 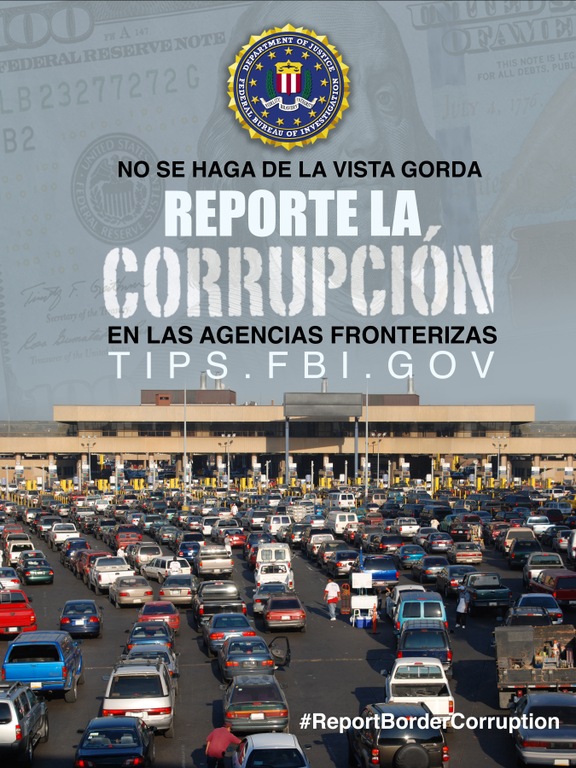 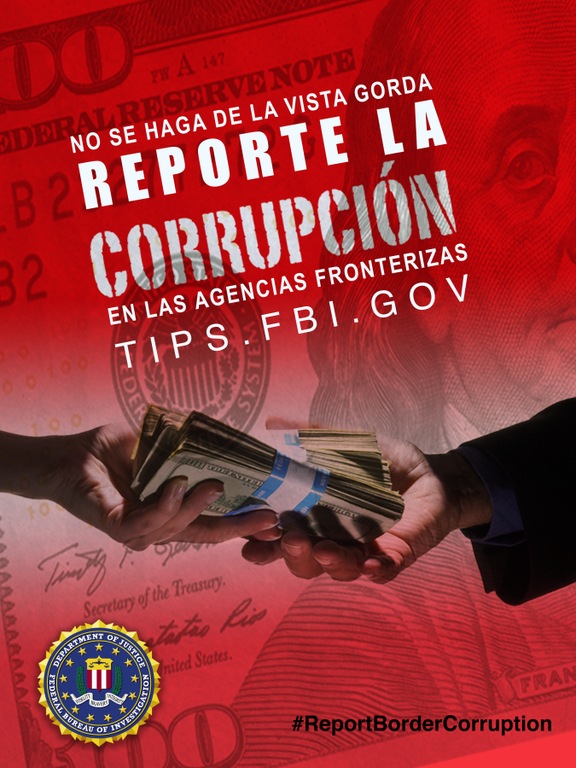 A Miami college student who became fixated on a stranger she found online and harassed and threatened her through social media is serving time behind bars.

A man who stole proprietary corn seeds containing the valuable trade secrets of U.S. companies DuPont Pioneer and Monsanto to send to his employer, a Chinese corn seed company, was sentenced in Iowa.