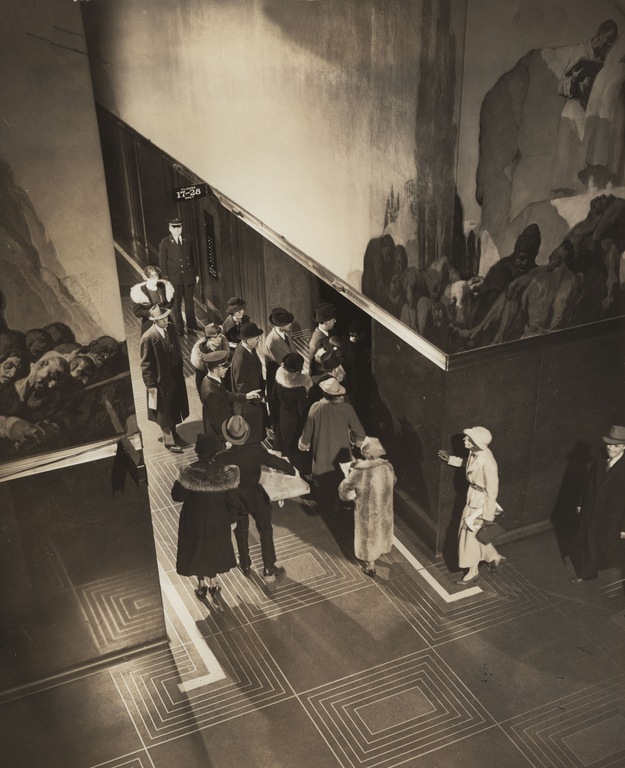 Employees and visitors board an elevator inside the RCA Building at Rockefeller Center (circa 1940), site of the FBI's first cover office for its covert program known as the Special Intelligence Service. (© 2015 Rockefeller Group Inc/Rockefeller Center Archives)

Everyone knows that the holiday season is well under way when the giant Christmas tree is lit at Rockefeller Center in New York City. What is less well known, however, is the connection between Rockefeller Center and the birth of America’s civilian foreign intelligence efforts.

It was 1940 and the world had plunged into war the previous summer. Although America remained neutral at that time, it did not ignore the massive international threat, and an FBI operation—small but critical to America’s response to that threat—was centered in the heart of New York City in Rockefeller Center. It was called the Importers and Exporters Service Company and operated out of room 4332 at 30 Rockefeller Center—the RCA Building—beginning in August 1940.

Importers and Exporters was the Bureau’s first attempt to set up a long-term cover company for our covert program, the Special Intelligence Service (SIS). The SIS was the United States’ first civilian foreign intelligence service and was less than a year old. Under a 1940 agreement signed by the Army, Navy, and FBI and approved by President Roosevelt, the FBI was given responsibility for “foreign intelligence work in the Western Hemisphere.” This saw us gathering intelligence about espionage, counterespionage, subversion, and sabotage concerns—especially about Nazi activities—pertaining to civilians in South America, Central America, and the Caribbean. We were to create an undercover force that would proactively protect America’s security from threats in our international neighborhood. Given that our past success was mostly in criminal matters, taking on this task would be a steep learning experience.

To begin, we wanted to center the operation away from traditional FBI facilities and wanted to anchor it in commercial efforts, because they would provide the freedom of movement and access our agents would need. Although it is not clear why the Bureau chose to establish a presence at 30 Rock, it likely had something to do with the support that Nelson Rockefeller had provided to President Roosevelt’s intelligence work. Furthermore, on multiple occasions after the SIS’s creation, our personnel were afforded cover by Nelson Rockefeller’s Office of the Coordinator of Inter-American Affairs.

The RCA Building placed the FBI within a hotbed of foreign activity, both allied and enemy. The Rockefellers provided space in the same building at little or no cost to British Security Coordination, an intelligence agency/liaison service. It also hosted Italian, German, and Japanese tenants until the U.S. government detained them as enemy aliens when America entered World War II. And the Soviet Union had office space in the building as well.

Of course, the sign on the door did not read “FBI/SIS—Spies Welcome.” Instead, the Importers and Exporters Service Company—which never imported or exported anything—was supposed to be completely unidentifiable with the Bureau and would provide “backstopping” or cover identities, employment, and other necessary tools for our agents to operate undercover. With these new identities, representatives of the company were to travel throughout the hemisphere to collect intelligence and help to disrupt the Axis threat.

It looked good on paper; however, the plan took an unexpected turn because Bureau personnel had to fend off daily advances from unsuspecting salesmen and other parties knocking on the door wanting to do business with the new company. The FBI ended up shutting down the Importers and Exporters business in June 1941, but we kept the office itself open until November 1945, using it to quietly handle logistics for deploying SIS personnel. 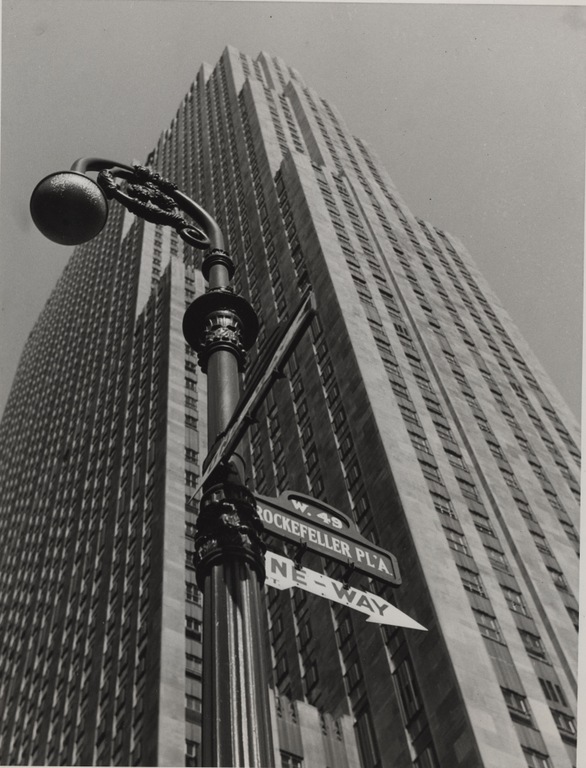 Although the Importers and Exporters Service Company was a short-lived enterprise, its method of operation, providing what is known as “non-official cover” in the spy business, became crucial to the SIS’s intelligence activities and its subsequent successes. Learning from its Importers and Exporters experience, the Bureau—instead of maintaining one single cover company—enlisted the assistance of accommodating U.S. companies that agreed to provide cover jobs for Bureau personnel. (And in a boon for some of those companies, many of the individuals who filled these positions worked so enthusiastically that they became nearly indispensable to their cover employers.)

Room 4332 at 30 Rock and what went on there more than 70 years ago is little remembered now—the room itself doesn’t even exist anymore because the floor it was located on has an open plan today. However, those who enjoy the Christmas tree and skating rink at Rockefeller Center during the holiday season might take a minute to reflect on the building’s role in America’s first civilian foreign intelligence service.

A former CEO of two health care clinics carried out a seven-year criminal scheme to defraud the clinics and the federal government out of more than $16 million.

A Miami college student who became fixated on a stranger she found online and harassed and threatened her through social media is serving time behind bars.