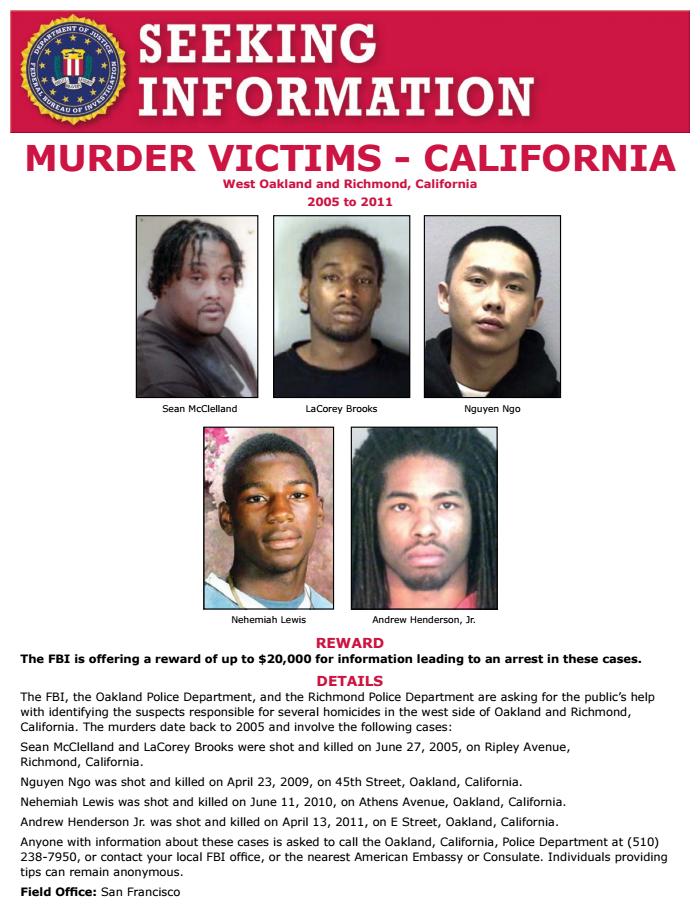 The FBI is offering a reward of up to $20,000 for information leading to an arrest in these cases.

The FBI, the Oakland Police Department, and the Richmond Police Department are asking for the public’s help with identifying the suspects responsible for several homicides in the west side of Oakland and Richmond, California.  The murders date back to 2005 and involve the following cases:

Sean McClelland and LaCorey Brooks were shot and killed on June 27, 2005, on Ripley Avenue, Richmond, California.

Nehemiah Lewis was shot and killed on June 11, 2010, on Athens Avenue, Oakland, California.

Anyone with information about these cases is asked to call the Oakland, California, Police Department at (510) 238-7950, or contact your local FBI office, or the nearest American Embassy or Consulate. Individuals providing tips can remain anonymous.