A Case of ‘Sextortion’ 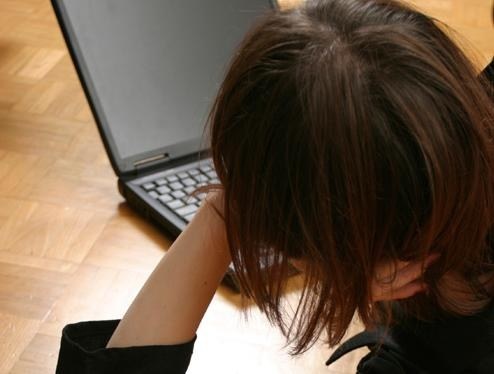 The basic framework of the extortionist’s scheme was as cold as it was calculated: contact a young girl on a social networking site using a fake identity, gain her trust, extract some highly personal information, and then threaten to expose her intimate exchanges if she doesn’t assent to escalating demands for sexually explicit pictures or videos.

The case of Christopher Patrick Gunn, 31, of Montgomery, Alabama, who was sentenced last month to 35 years in prison for producing child pornography through a massive online sextortion scheme, provides a glimpse of how modern-day confidence men are plying their trade against the most vulnerable and unsuspecting victims. By trolling social media networks and lurking in video chats, Gunn was able to reach out to hundreds of young girls and set his bait. In methodically scripted ruses, friendly conversations would turn personal, with Gunn asking girls about their bra sizes, their sexual histories, and other intimate details. If the girls sent pictures, Gunn demanded more revealing images. If they complied, he set the hook some more, threatening to destroy their reputations by publishing their compromising images, videos, and correspondence.

This is a common thread in sextortion schemes, say FBI special agents who investigate these cases.

“Once he started in, he got to know everything about the girls—their friends’ names, their schools, their parents’ names—it was like a script,” said Erik Doell, a special agent in the FBI’s Montgomery, Alabama office who investigated the Gunn case. “Once he got a picture, the girls would just go along with it. They would do whatever they could to keep their reputations intact.”

In one wrenching case, revealed through transcripts read at Gunn’s sentencing hearing in January, a 13-year-old victim pleaded that she did not want to take her shirt off in front of a webcam. She told Gunn she had “a life, please do not ruin it,” before ultimately relenting to his demands.

Gunn employed these tactics for more than two years, victimizing girls in at least a half-dozen states and Ireland. The case came to light in April 2011, when junior high school students in a small town in Alabama complained to local police about requests for sexually explicit pictures they received on Facebook. Separate police investigations in Mississippi and Louisiana uncovered strikingly similar details. Drawing from the police investigations, the FBI searched Gunn’s home, where a cellphone and laptop computer revealed the massive scope and novel ruses of Gunn’s extortion scheme.

“Oftentimes children are tricked into sending pictures of themselves to somebody else that they believe are maybe similar in age. And once these individuals have these pictures, well, they want more pictures.”
- Special Agent Nickolas Savage

- Don’t take for granted that your computer’s anti-virus software is a guarantee against intrusions.
- Turn off your computer when you aren’t using it.
- Cover your webcam when not in use.
- Don’t open attachments without independently verifying that they were sent from someone you know.
- It’s okay to be suspicious. If you receive a message with an attachment from your mother at 3 a.m., maybe the message is not really from your mother.
- If your computer has been compromised and you are receiving extortion threats, don’t be afraid to talk to your parents or to call law enforcement.

In Gunn’s case, the scheme came to light only after kids and their parents reported his advances. Special Agent Doell said there may be more victims in the case who never came forward. And certainly there are more extortion artists like Gunn preying on kids’ natural naiveté.

“Kids live in a wired world,” Doell said. “They don’t think twice about taking a picture and sending it to someone. A Polaroid could only go so far. But on the Internet, it’s out there for the world.”