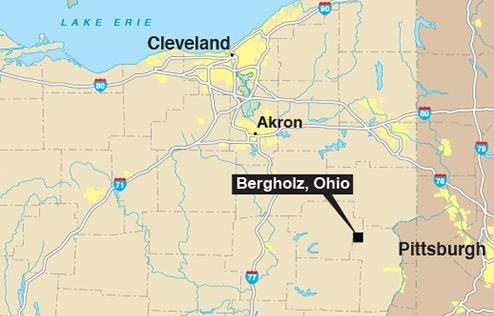 Samuel Mullet, Sr. directed followers of his Amish congregation in Bergholz, Ohio to forcibly cut the hair and beards of other members of the faith. He was sentenced to 15 years for the hate crime.

Sixteen individuals were sentenced today for hate crimes involving attacks against Amish residents in Ohio—some carried out by the victims’ children—and the group’s leader received a 15-year prison term.

Male and female victims, some elderly, were held against their will in their homes while scissors and horse shears were used to cut their hair and beards. Head and facial hair is religiously symbolic to the Amish—some of the male victims had been growing their beards for decades.

“These crimes were definitely religiously motivated,” said Michael Sirohman, the special agent in our Cleveland Field Office who investigated the case. Mullet and his Bergholz followers practiced a different kind of religion than other Amish communities, and Mullet believed those other communities were against him and were interfering with his authority. That was the underlying reason for the attacks, Sirohman said.

“Sam Mullet didn’t like to be crossed,” he explained, “and he was very good at manipulating his followers.” Mullet convinced the individuals who carried out the attacks that they were religiously permitted to do so, Sirohman added. “In some perverted way, they thought they were helping the victims by bringing them closer to God.”

Mullet organized five attacks between September and November 2011. Local authorities filed state charges against him and others after the initial incidents, but the assaults continued. The FBI and the U.S. Attorney’s Office were called in, Sirohman said, because the attacks were escalating and because “everyone realized there were bigger issues involved.”

Hate crimes are investigated under the FBI’s civil rights program, and the passage of the Matthew Shepard and James Byrd, Jr., Hate Crimes Prevention Act in 2009 gave the Bureau further authority to investigate such offenses.

“The FBI is committed to investigating hate crimes,” said Stephen Anthony, special agent in charge of our Cleveland Field Office, “including those motivated by religious bias—as in this case—or other areas protected by our civil rights statutes.”

Although the Amish attacks were brazen, victims were initially reluctant to come forward, in part because the Amish community is insulated from mainstream society. Ultimately, Sirohman said, the victims cooperated “because they didn’t want this to happen to other people.”

The FBI received “outstanding” assistance from local sheriff’s departments and the U.S. Attorney’s Office for the Northern District of Ohio, Sirohman said, and in November 2011, Mullet, members of his family, and other followers were arrested. Last September, they were convicted of hate crimes and other charges.

Sirohman had special praise for the victims in the case. “They were very brave,” he said. “In many cases they had to testify against their own children.” He was also gratified that the victims, who do not easily associate with those outside of their faith, recognized the help that the FBI and federal prosecutors were offering.

“They trusted us to do what was right,” Sirohman added, “and we weren’t going to let them down.”