Suspect is accused of killing a man in front of barbershop

Omar Alexander Cardenas, wanted for his alleged involvement in the murder of a man and unlawful flight to avoid prosecution, has been added to the Ten Most Wanted Fugitives list. The FBI is offering a reward of up to $100,000 for information leading directly to his arrest.

On August 15, 2019, Cardenas allegedly fired several rounds from a semi-automatic handgun in the direction of a barbershop, striking an adult male standing outside in the head, causing his death. The incident took place at Hair Icon Barber Shop, which is located in a small shopping center in the Sylmar neighborhood of Los Angeles, California. Law enforcement officials believe the victim may not have known Cardenas.

“At the scene of the crime, Mr. Cardenas is believed to have fired approximately six shots into a public space,” said Special Agent Michael Alker who is investigating the case for the FBI’s Los Angeles Field Office. “He is not only a risk to the public, but he may also have information related to other violent crimes.” 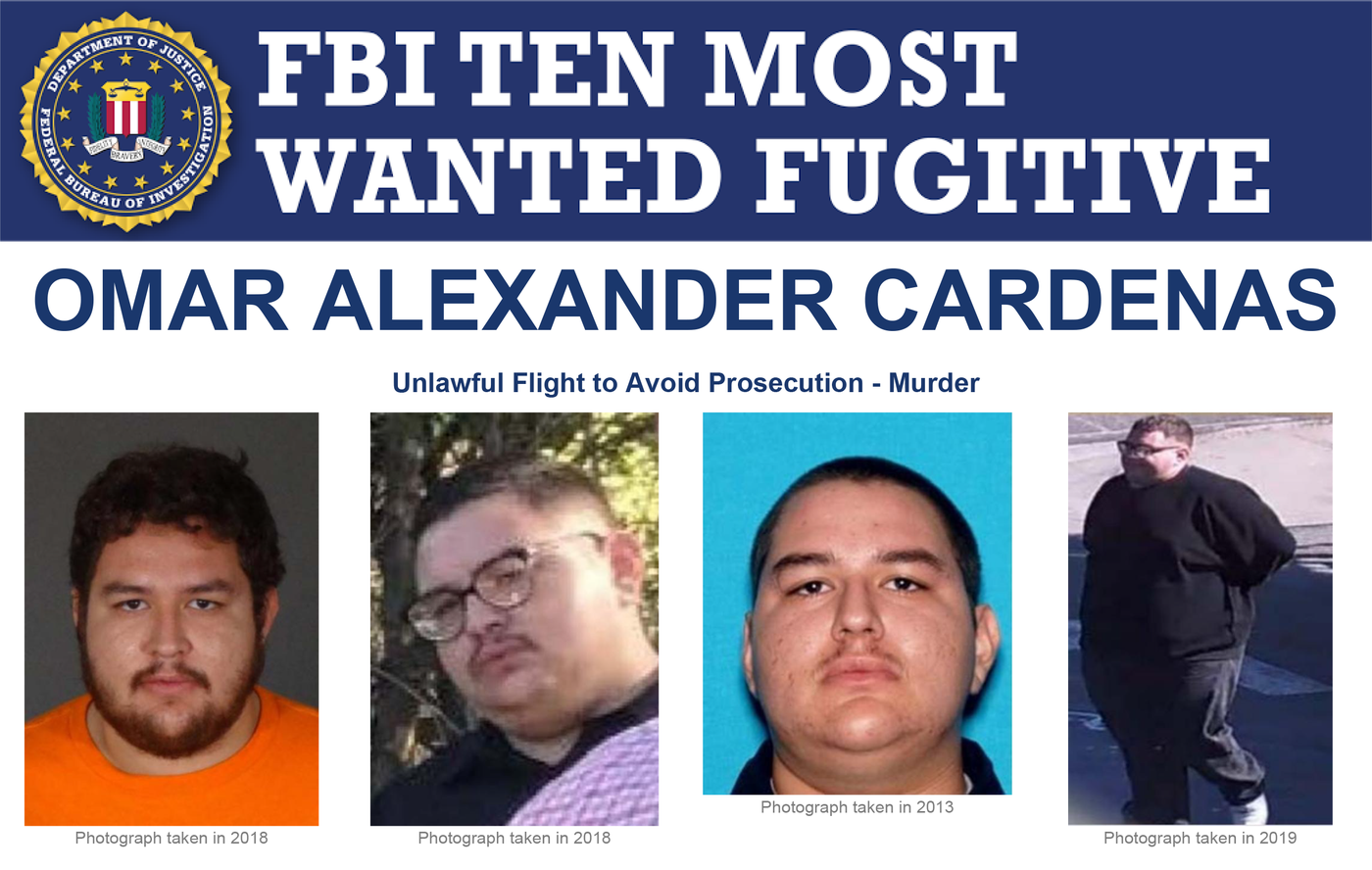 Cardenas is allegedly a member of the Pierce Street Gang and may associate with the Pacoima Van Nuys Boys/Anybody Killas. Cardenas often goes by the nickname “Dollar.”

Cardenas is between 5’6’’ and 5’7’’ and weighs approximately 240 to 300 pounds. He has dark brown/black hair, a beard, and brown eyes. Alker said Cardenas is known to vary the style of his hair and facial hair, but his large physical size and glasses may draw attention. “He normally wears thick prescription glasses and has at least one tattoo,” Alker said. Cardenas should be considered armed and dangerous.

“He is not only a risk to the public, but he may also have information related to other violent crimes.”

“I strongly urge anyone who has knowledge of this person through working alongside him or interacting with him to call the FBI’s toll-free tip line at 1-800-CALL-FBI,” (1-800-225-5324) said Alker. You may also contact your local FBI office, the nearest American Embassy or Consulate, or you can submit a tip online at tips.fbi.gov.

Events at the Training Academy in Quantico, Virginia, and FBI Headquarters in D.C. brought together some of the Bureau's first female agents with current executives and new agents in training to mark 50 years of female special agents in the FBI.

Director Christopher Wray recently visited the United Kingdom to meet with his counterparts.