$30,000 reward for fugitive on anniversary of 1991 quintuple murders 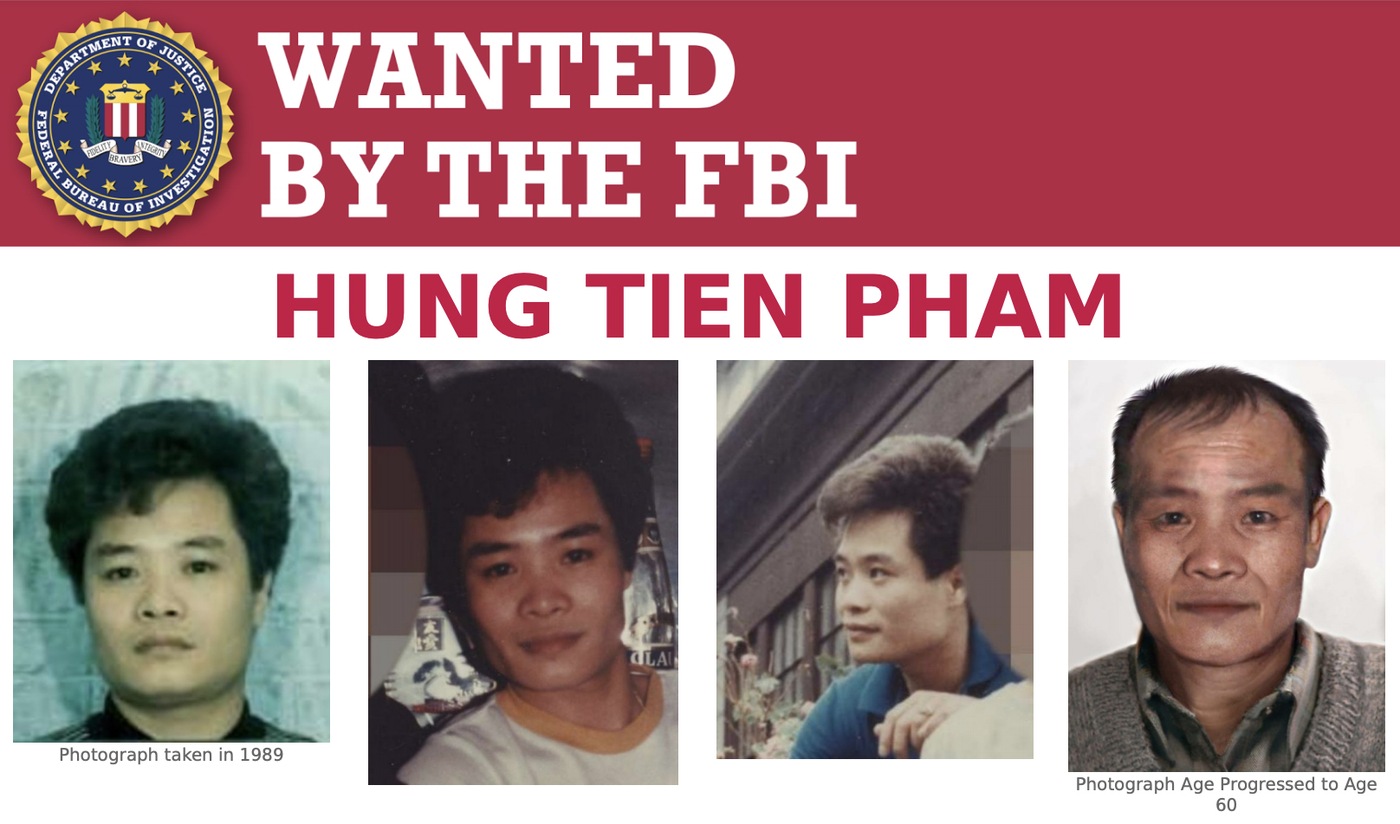 In a renewed bid to bring closure to a horrific crime that has haunted the city of Boston and its Chinatown neighborhood for 30 years, the FBI and Boston Police are hoping a $30,000 reward will help shed new light on the whereabouts of a lone remaining fugitive suspected in the execution-style murders of five men in 1991.

In the early morning hours of January 12, 1991, Hung Tien Pham, a Vietnamese national of Chinese descent, entered a social club on Tyler Street with two accomplices and allegedly shot six men at close range as they played cards. Five of the men died; one survived and identified the shooters. Two of the shooters were arrested in China in 1998 and were ultimately convicted in Suffolk County of the murders. But Pham, who had ties to an Asian organized crime network in Boston and beyond, remains a fugitive. He was last seen in Thailand in the mid- to late-1990s.

“As alleged, this cold-blooded killer has been on the run for 30 years, and we’re hoping this reward will incentivize anyone with information on Pham’s whereabouts to come forward,” FBI Boston Special Agent in Charge Joseph R. Bonavolonta said during a press conference on the 30th anniversary of what’s often called the Boston Chinatown Massacre. “We will not rest until Pham has been held accountable.”

Pham is now 60 years old. At the time of the murders, he had black hair, brown eyes, and weighed approximately 115 to 135 pounds. He stood about 5 feet 3 inches tall and was known to like flashy cars, spending money, and sipping cognac. In the early '90s, Pham was a known associate of the Ping On crime syndicate and had ties to Philadelphia, Chicago, San Francisco, and Toronto.

“By all accounts, he was the linchpin of the execution of the homicides,” said FBI Special Agent Tom Zukauskas, who works on a violent crimes task force in the Boston Field Office. The FBI task force has been working closely with the Boston Police Department and local prosecutors with the Suffolk County District Attorney’s office to generate new leads in a case that has reverberated for years. 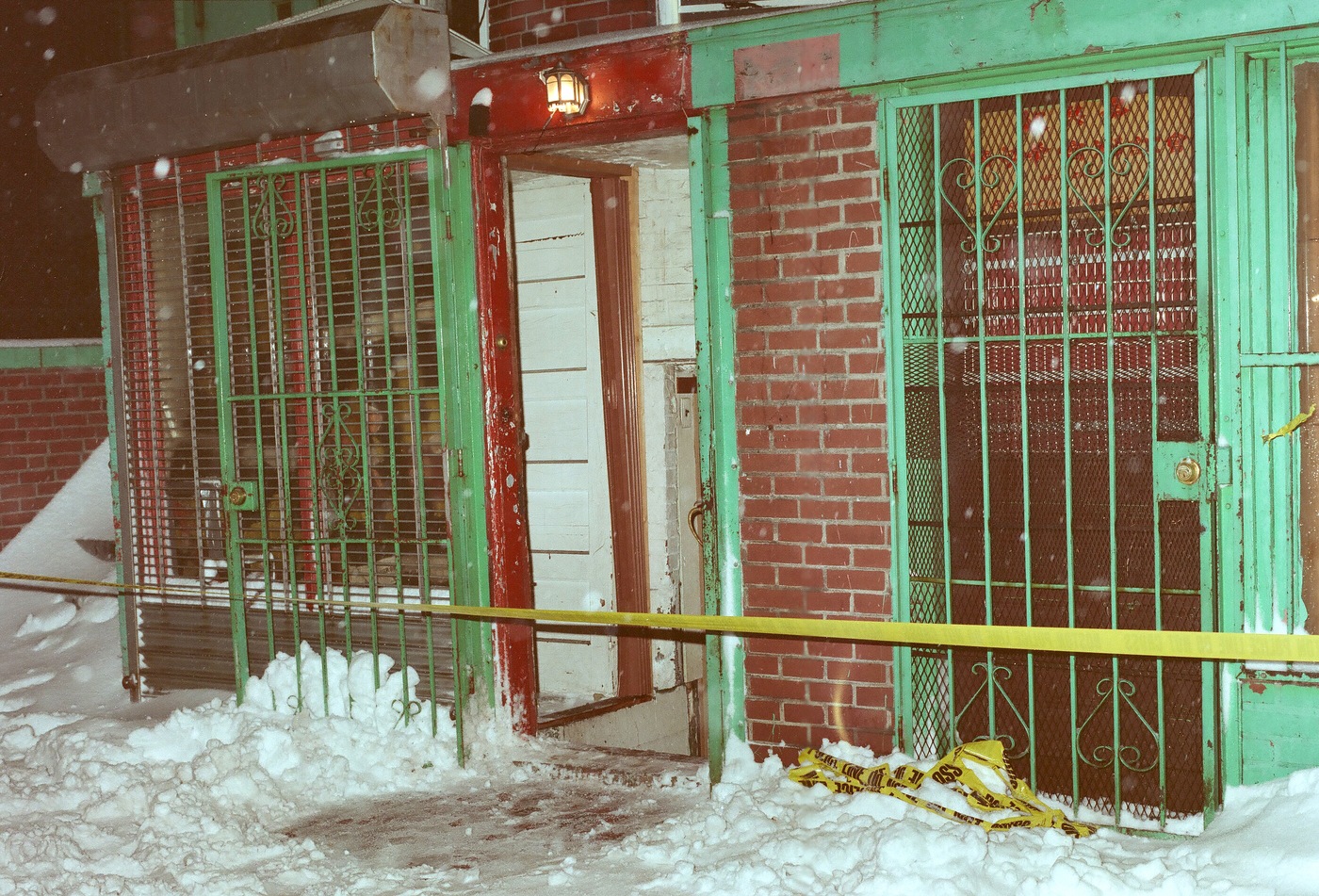 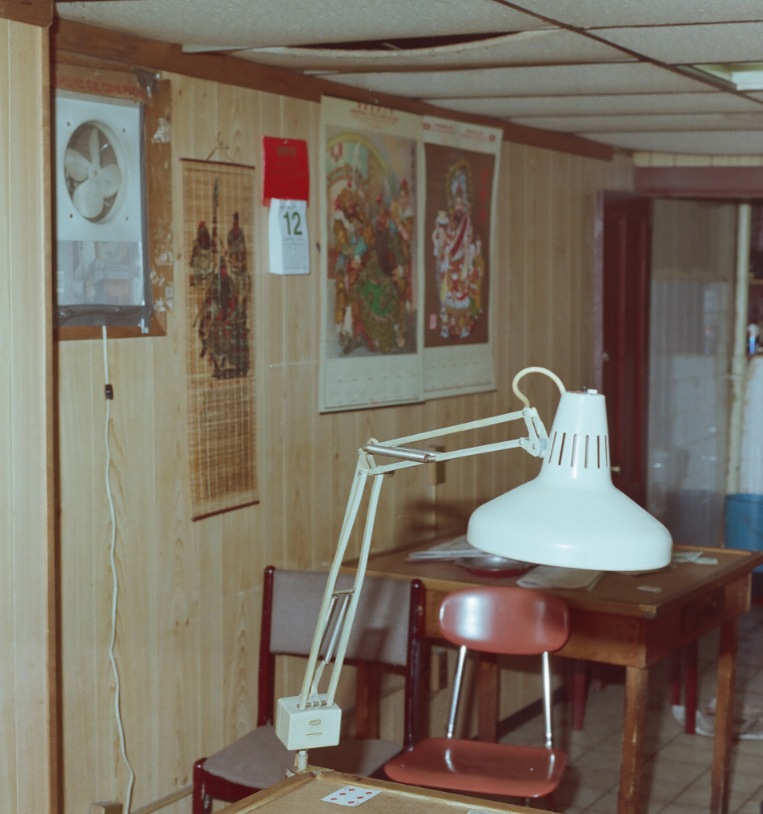 Crime scene images show the social club on Tyler Street in Boston after six men were shot at close range, execution-style, on January 12, 1991. Five of the men died in what became known as the Boston Chinatown Massacre; one survived and identified the shooters, including Hung Tien Pham. 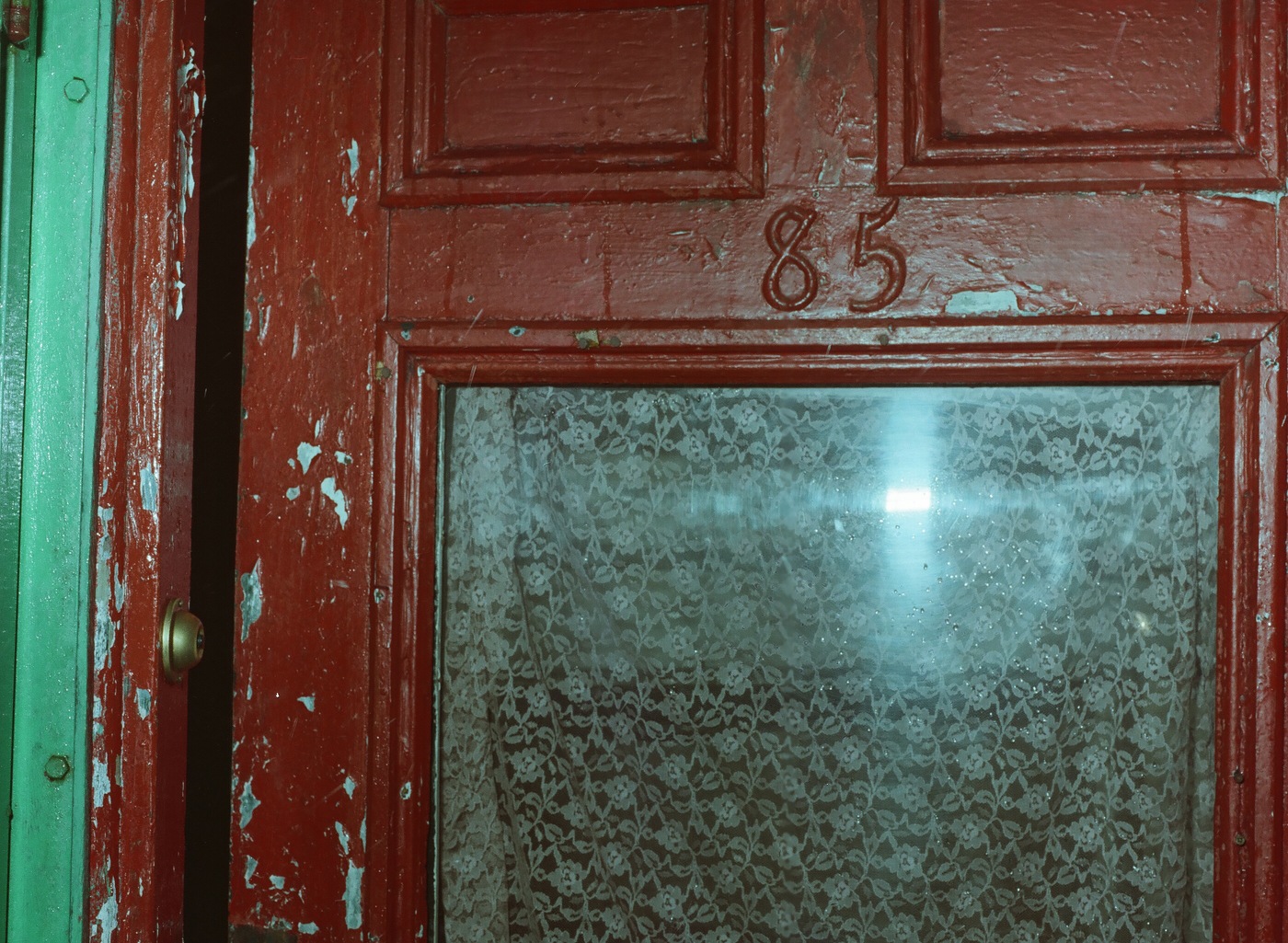 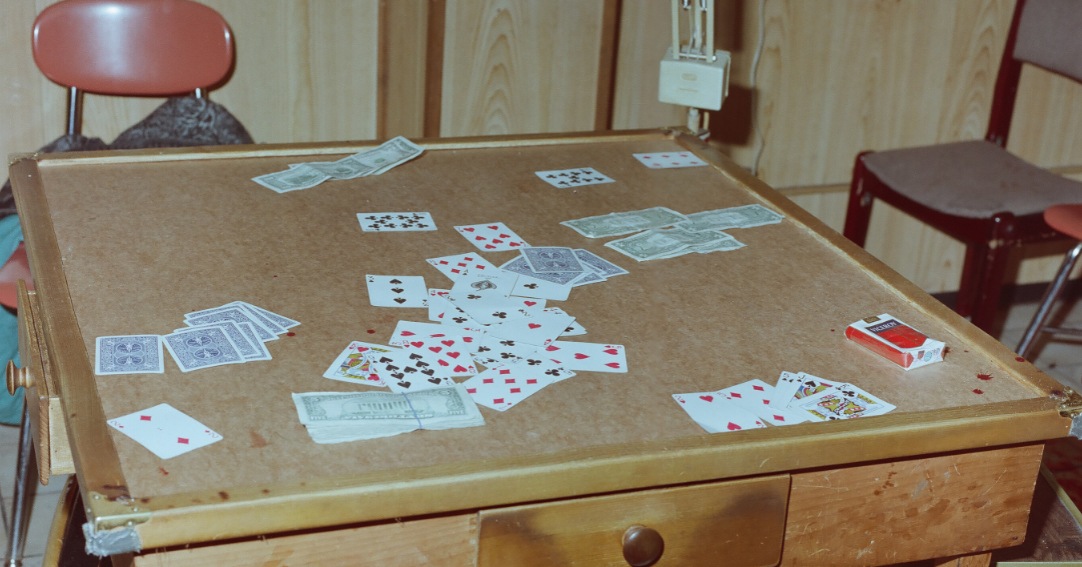 The FBI initially got involved when the suspects fled the state to New Jersey and then overseas. And the Bureau assisted police in bringing Nam The Tham and Siny Van Tran back to Boston to face trial in 2005, when Pham’s accomplices were each sentenced to multiple life terms. But FBI Boston says the 30-year-old case represents more than probing a homicide suspect’s unlawful flight to avoid prosecution; it’s about justice for victims who are the fabric of the community.

“We know this crime has haunted the Chinatown community for decades, and we hope this renewed effort will produce real results that might give the victims’ families—who have already endured so much heartache—some much-needed closure,” said Bonavolonta. 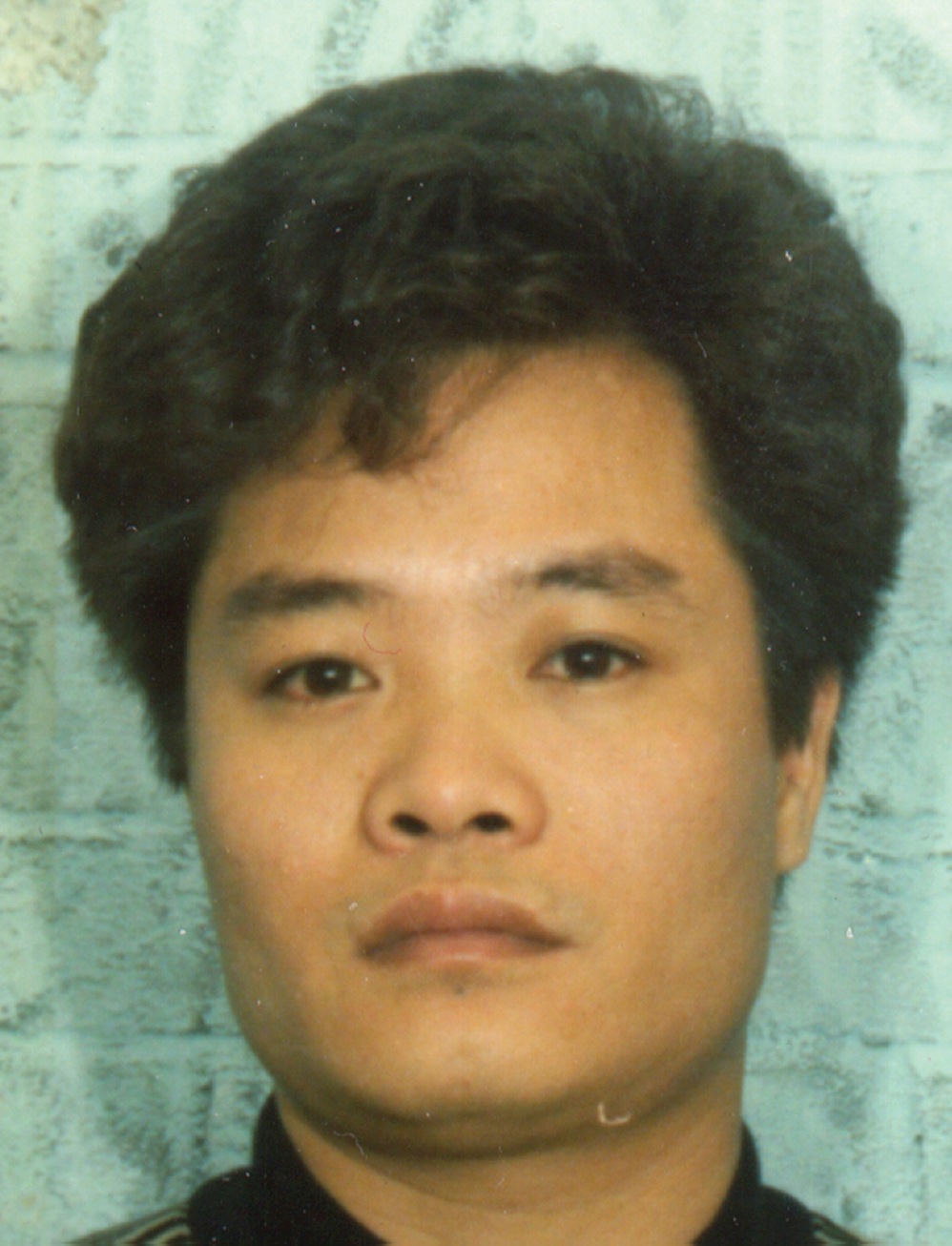 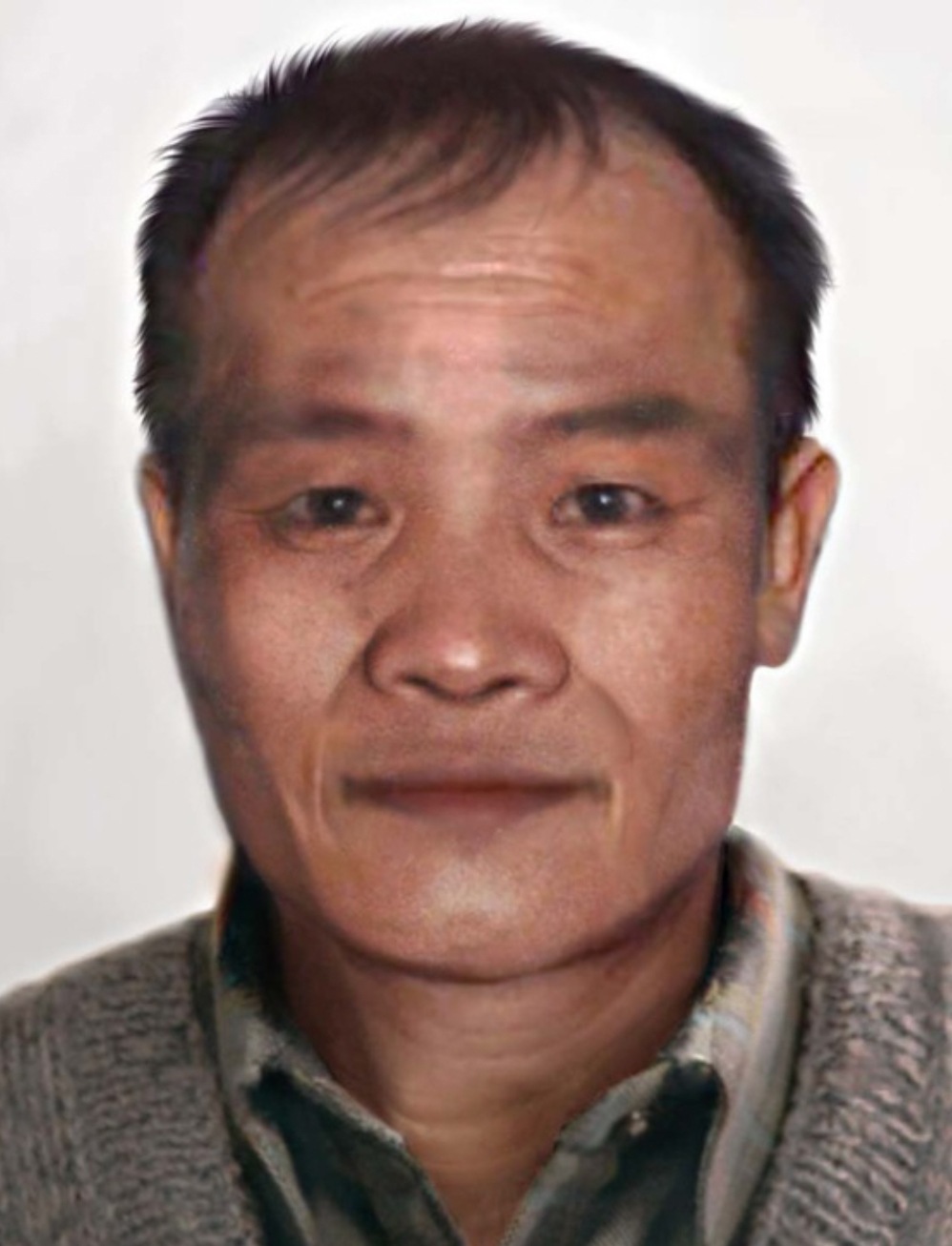 Hung Tien Pham as he might appear today at age 60.

Investigators have not assigned a motive to the shootings. They say that after the executions, Pham fled to Atlantic City to gamble, then to New York City, where he boarded a flight to Hong Kong.

“We’re not sure if it was a robbery or if it was just bad blood between rival groups, but they did go in there with a plan, and they did go in there shooting, and five of the six people that were there ended up dying,” said Daniel Duff, a lieutenant detective with the Boston Police Department who is investigating the case.

Duff had been on the police force for a year when the shootings occurred. He said many remember the night of January 12, 1991, because it was so shocking—a quintuple murder.

“I think it affected everyone, not only in the city but the surrounding areas, too,” he said. “Chinatown is a big tourist area. When you hear there’s been people murdered in Chinatown, that can send the wrong signal to people that maybe this isn't a safe area. I think the community, which is very tight-knit, had to deal with their own fear, but also the fact that people might stop coming into their community because of what happened.”

“We hope this renewed effort will produce real results that might give the victims’ families—who have already endured so much heartache—some much-needed closure.”

Investigators have released crime scene images from the case files and published a new wanted poster and an age-progressed image of Pham, along with the $30,000 reward. They are hoping to jog the memories of witnesses or anyone who might be able to fill in blanks in the case.

“We’re looking for any information that can lead us to locating and apprehending Pham,” said Zukauskas. He said people—neighbors and coworkers past and present—may not realize they have information that could help. “We’re hoping to put all these pieces together,” he said, and bring the FBI’s worldwide resources to bear on this case.

No amount of information is too small. “We’re hoping that anyone who might recognize him will help us out,” Duff said. “People might not want to get involved. The reward is a big part of that. Just because someone doesn't know where he is right now doesn't mean that where he was a year or two ago wouldn't be helpful to us. It would give us direction.”

A man who pretended to be an accountant and lawyer defrauded an unsuspecting family out of more than $700,000—and is now spending time behind bars.

A disgruntled former employee of a medical equipment packaging company was sentenced for hacking into the company’s computer systems and disrupting the shipment of personal protective equipment during the COVID-19 pandemic.