Unlawful Flight to Avoid Prosecution - Murder (Five Counts), Armed Assault with Intent to Murder (One Count), Conspiracy (One Count), Carrying a Firearm Without a License (One Count) 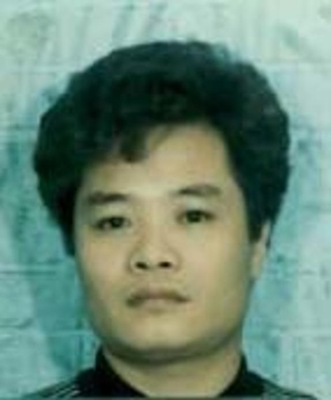 The FBI is offering a reward of up to $30,000 for information leading to the arrest of Hung Tien Pham, who is wanted for his alleged involvement in the January 12, 1991, execution-style murders of five men in Boston, Massachusetts.

The FBI and Boston Police are hoping a $30,000 reward will shed light on the whereabouts of a suspect in the execution-style murders of five men 30 years ago.

The FBI is offering a reward of up to $30,000 for information leading to the arrest and conviction of Hung Tien Pham.

Pham is known to have traveled to Canada, China, Vietnam, Thailand, and Hong Kong.  He also has ties to Boston, Massachusetts; Philadelphia, Pennsylvania; Chicago, Illinois; Toronto, Canada; and the San Francisco Bay area of California.  His last known location was Bangkok, Thailand, in the mid-to-late 1990s.  Pham was known to be a big spender who liked flashy cars and cognac.

Hung Tien Pham is wanted for his alleged involvement in the execution-style murders of five men at a Chinatown social club in Boston, Massachusetts, on January 12, 1991, known locally as the Boston Chinatown Massacre.  In the early morning hours, Pham, a known associate of the Ping On crime syndicate, allegedly entered an illegal gambling den located at 85A Tyler Street in Boston, Massachusetts, and allegedly shot six men, execution-style, while they were playing cards. Of the six victims, only one survived the attack.  On January 18, 1991, a local arrest warrant was issued for Pham by the Commonwealth of Massachusetts, Suffolk County, after he was indicted by a grand jury in Suffolk County Superior Court on five counts of murder, one count of armed assault with intent to murder, one count of conspiracy, and one count of carrying a firearm without a license.

Following the massacre, Pham went to New York City, New York, and boarded a flight to Hong Kong on February 1, 1991.  A federal arrest warrant was issued for Pham by the United States District Court, District of Massachusetts, Boston, Massachusetts, on February 15, 1991, after he was charged with unlawful flight to avoid prosecution.

If you have any information concerning this case, please contact the FBI's Toll-Free Tipline at the FBI at 1-800-CALL-FBI (1-800-225-5324). You may also contact your local FBI office, the nearest American Embassy or Consulate, or you can submit a tip online at tips.fbi.gov.