When a 14-year-old girl ran away from her Virginia home after a family conflict in 2018, law enforcement feared she could be vulnerable.

Agents from the FBI’s Child Exploitation and Human Trafficking Task Force found the teenager at a known brothel in Maryland. After investigators built trust with her, she told them she had met Daniel Palacios Rodriguez while trying to survive on the streets. Rodriguez groomed her for prostitution. He slowly introduced her into sexual exploitation, and she was eventually trafficked by several people along the East Coast. She often stayed for about a week in different hotels or apartments that were used for trafficking.

Rodriguez referred the teen to a Maryland-based trafficker, Alexandra Guzman-Beato. Guzman-Beato trafficked numerous girls and women, including some who were brought in from overseas. 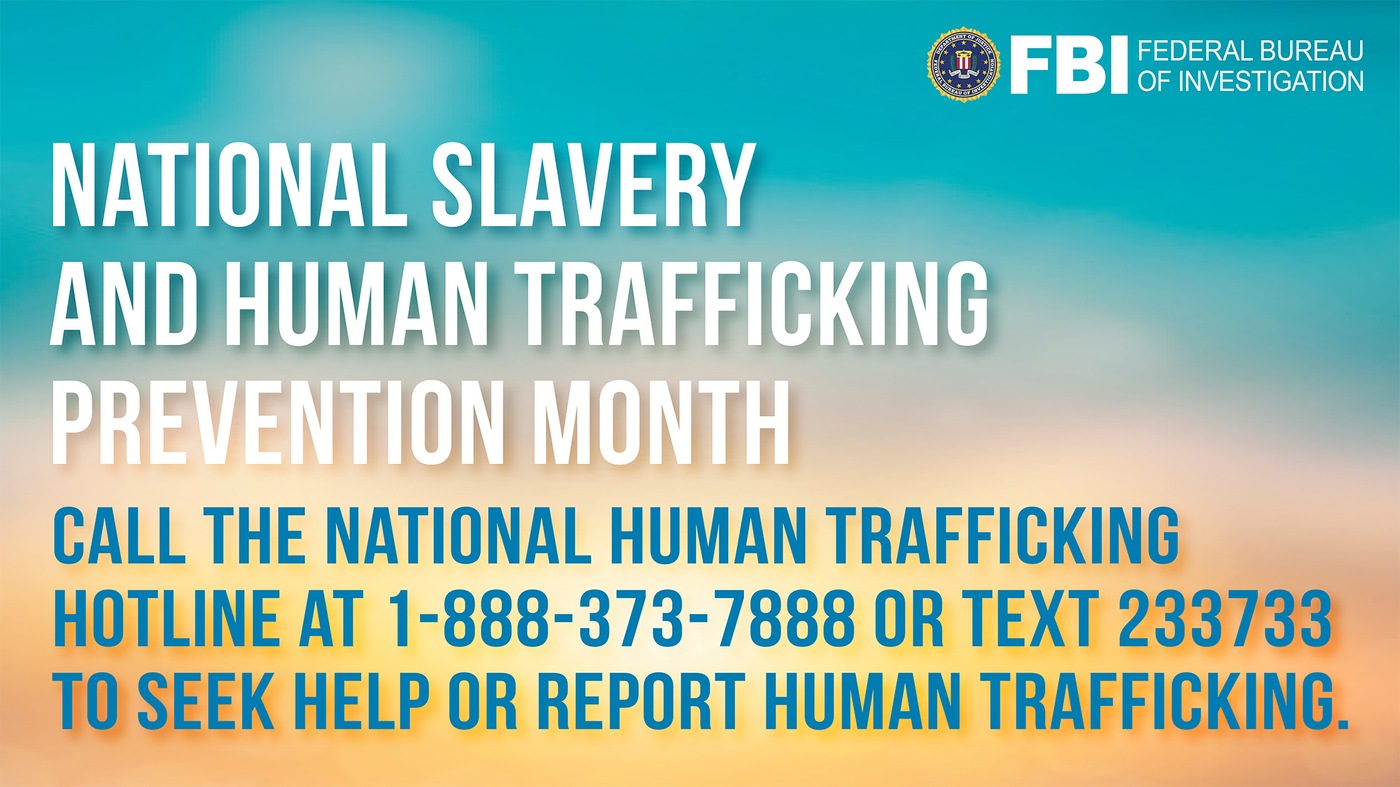 “Through further investigation, we discovered there was a much larger network involved, where girls and women would come in from overseas or from other states to be exploited,” said FBI Washington Field Office Special Agent Jeremy Obie, who investigated this case as part of the task force. The U.S. Department of Homeland Security and various police departments from Maryland, Virginia, New York, New Jersey, and Washington, D.C., worked closely with the FBI on the investigation.

Victim statements, combined with search warrants and electronic evidence, helped bring down the ring of six traffickers. The additional four traffickers played other roles, such as leasing apartments used for trafficking, recruiting girls and women, transportation, security, and collecting money.

Both Rodriguez and Guzman-Beato were convicted of sex trafficking a minor and sentenced to 16 years in prison last July. The four others involved also received sentences ranging from 6 ½ years to 15 ½ years.

These types of cases require patient rapport-building with traumatized victims, as well as traditional investigative work such as search warrants, surveillance, data analysis, and coordination of multiple agencies.

“When you’ve met these victims and have seen what has happened to them, you don’t want to let them down,” Obie said. “We work day and night on these types of cases, and we’re very passionate about protecting those who cannot protect themselves: society’s innocent—our children.”

Although January is when the country marks National Slavery and Human Trafficking Prevention Month, the FBI and our partners work to ferret out and arrest human traffickers every day. And while putting a stop to trafficking is key, the FBI also works to help victims get the services they need to recover.

And that’s exactly what happened in the case of the missing Virginia girl. Victim specialists from multiple partner agencies offered the girl therapy and other services to help her recover and move forward in life. She’s even chosen to remain in contact with the FBI, two years after she was rescued in January 2019.

“It’s definitely rewarding to see a good outcome and that you’ve helped change the whole dynamic of a child’s life. The victim sill contacts me to this day, keeping me updated on her life and how she’s doing,” Obie said. “She’s back on her feet, and she is on her way to a new beginning with a more positive outlook toward life.”

When the FBI works a human trafficking case—whether sex or labor trafficking—one of the most important members of the team is the victim specialist. Victim specialists work in all 56 FBI field offices, and their role is to help federal crime victims know their rights and get access to services they need. This may be mental and physical health services, help with emergency travel expenses, or assistance in finding temporary shelter.

While helping victims is something the FBI is legally required to do and a critical part of our mission, it also helps combat crime. An empowered victim who trusts investigators is more likely to be helpful in the investigation and court process.

In human trafficking cases specifically, the need of victims vary. In the cases of children who’ve been sex trafficked, victim specialists may help coordinate family reunification and get families reimbursement for any travel expenses. Adult victims of trafficking sometimes need assistance in finding housing.

“Our goal is to provide our victims with the tools and resources they need to move beyond being a victim,” explained FBI Victim Services Division Program Manager Stephen Valdivia. “We want to help that person move to being someone who is self-supporting and able to make autonomous decisions going forward in their lives.”

A disgruntled former employee of a medical equipment packaging company was sentenced for hacking into the company’s computer systems and disrupting the shipment of personal protective equipment during the COVID-19 pandemic.

When a 1990s kidnapping case led FBI agents to individuals who were using the internet to share images of child sexual abuse and lure children into harm, it launched a revolution in how the FBI investigates these crimes.