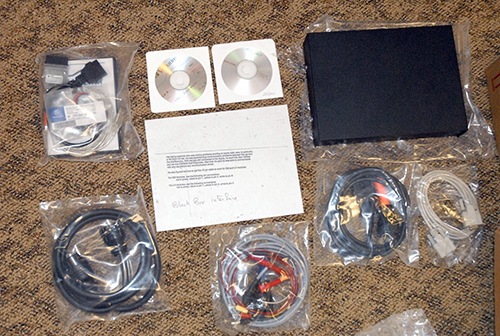 Intellectual property theft involves robbing people or companies of their ideas, inventions, and creative expressions—known as “intellectual property”—which can include everything from trade secrets and proprietary products and parts to movies, music, and software.

It is a growing threat—especially with the rise of digital technologies and Internet file sharing networks. And much of the theft takes place overseas, where laws are often lax and enforcement is more difficult. All told, intellectual property theft costs U.S. businesses billions of dollars a year and robs the nation of jobs and tax revenues.

Preventing intellectual property theft is a priority of the FBI’s criminal investigative program. It specifically focuses on the theft of trade secrets and infringements on products that can impact consumers’ health and safety, such as counterfeit aircraft, car, and electronic parts. Key to the program’s success is linking the considerable resources and efforts of the private sector with law enforcement partners on local, state, federal, and international levels.

The Department of Justice (DOJ) recently announced a new strategy that involves partnering more closely with businesses in an effort to combat these types of crimes more effectively. The FBI—working with its investigative partners at the National Intellectual Property Rights Coordination Center (NIPRCC)—will play an integral part in this strategy.

The Bureau has already been collaborating for years with brand owners, copyright holders, and trademark holders because we know the harm that intellectual property theft causes: legitimate businesses lose billions of dollars in revenue and suffer damaged reputations, consumer prices go up, the U.S. and global economies are robbed of jobs and tax revenue, product safety is reduced, and sometimes lives are even put at risk. FBI efforts with these businesses to date have involved shared information, aggressive criminal initiatives based on current or emerging trends, and investigations.

Under the FBI’s new strategy, we’re expanding our efforts to work with third-party entities—such as online marketplaces, payment service providers, and advertisers—that may inadvertently enable the activities of criminals.

The benefits of working with these third-party entities? Broadening awareness of the crime problem, obtaining information about crime trends, getting investigative leads that will help identify criminals, and collecting evidence of criminal activity. The FBI will assist these companies with refining their own analytical tools and techniques for uncovering fraud.

Also new in our approach to intellectual property theft is an enhanced relationship between our criminal and counterintelligence personnel when working theft of trade secrets cases. A trade secrets case worked under the counterintelligence program—which occurs when the involvement of state-sponsored actors is suspected—will be referred to a criminal squad if no state sponsorship is found. And when criminal investigators begin to suspect the involvement of a state sponsor, the case will be referred to the counterintelligence squad. The Bureau's goal is to contain and/or even prevent the theft as quickly as possible, no matter who’s behind it. 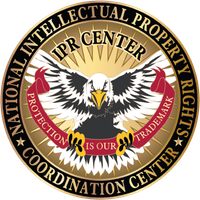 The FBI participates in the U.S. Immigration and Customs Enforcement's Homeland Security Investigations-led National Intellectual Property Rights Coordination Center (NIPRCC), which stands at the forefront of the U.S. Government's response to global intellectual property (IP) theft and enforcement of its international trade laws.

The mission of the NIPRCC is to ensure national security by protecting the public's health and safety, the U.S. economy, and our war fighters, and to stop predatory and unfair trade practices that threaten the global economy.

To accomplish this goal, the IPR Center brings together multiple federal agencies—along with Interpol, Europol and the governments of Canada and Mexico—in a task force setting. This task force structure enables the NIPRCC to effectively leverage the resources, skills, and authorities of each partner and provide a comprehensive response to IP theft.

Operation Chain Reaction, an initiative by the NIPRCC, is a comprehensive effort that targets counterfeit goods entering the supply chains of the Department of Defense (DoD) and other U.S. government agencies. Chain Reaction began in June 2011 to combat the proliferation of counterfeit goods into the DoD and federal government supply chains. While individual agencies have focused on counterfeit and misbranded items entering the federal supply chain, Chain Reaction is the first time that NIPRCC participants have collectively addressed this ongoing problem. As a task force, the NIPRCC uses the expertise of its member agencies to share information, coordinate enforcement actions, and conduct investigations to protect the public’s health and safety, the U.S. economy, and the war fighters.

Operation Apothecary, another NIPRCC initiative, targets the growing problem of Internet crime. Particular emphasis is placed on the use of the Internet as the primary means of communication and ordering of pharmaceuticals. Criminals, posing as legitimate pharmaceutical providers, advertise prescription grade drugs and/or inexpensive alternatives without requiring a valid prescription. The consumer purchases the pharmaceutical with the belief that the product advertised is a legitimate product,but in fact, is often purchasing a counterfeit or unapproved version of the drug that has often been manufactured in unsanitary conditions or not subjected to any safeguards or quality control regimes.

Apothecary provides for a two-pronged attack on pharmaceutical smuggling:detecting violations at the border; and providing opportunities for investigations and enforcement actions against traffickers of counterfeit drugs and medical devices. Apothecary specifically measures and attacks vulnerabilities in the entry process, which allow for the smuggling of commercial quantities of unapproved, counterfeit, or adulterated pharmaceuticals. The operation seeks to identify and dismantle domestic organizations that illegally import and/or distribute pharmaceutical and scheduled drugs in the U.S. In addition, Apothecary identifies and dismantles foreign organizations that sell and ship pharmaceuticals that are illegally imported into the U.S., and detects, seizes, and forfeits commercial shipments of illegally imported pharmaceuticals.

A third NIPRCC initiative, Operation Engine Newity, focuses on countering the threat of counterfeit automotive, aerospace, rail, and heavy industry related components that are illegally imported and distributed throughout the United States. These counterfeit components represent a grave threat to public safety due to the critical nature of transportation-related applications and can include such components as airbags, brake pads, steering rods, and bearings. The faulty operation of these devices alone can cause bodily harm such as a counterfeit airbag, but in some cases can result in a catastrophic accident like an air crash or major train derailment.
Operation Engine Newity seeks to bring to bear all elements of federal law enforcement to counter this threat by educating industry stakeholders and the public, interdicting the counterfeit goods at the ports of entry, and investigating and prosecuting individuals who traffic these goods for monetary gain.

A key element of Operation Engine Newity is strong engagement with industry. This partnership is critical to success since that is where the expertise about the products and possible risks from counterfeit parts. For this reason the IPR Center makes outreach and engagement a top priority of this program.

A new federal regulation regarding the FBI’s Anti-Piracy Warning (APW) Seal took effect several years ago—41 CFR Section 128-1.5009 authorizes use of the APW Seal by all U.S. copyright holders, subject to specific conditions of use. Copyrighted works can include, but are not limited to, films, audio recordings, electronic media, software, books, photographs, etc. The purpose of the APW Seal is to remind media users of…

Protect the programs and systems that support what makes your company successful and unique. You or your company may be targeted; the best defense is preparing in advance.