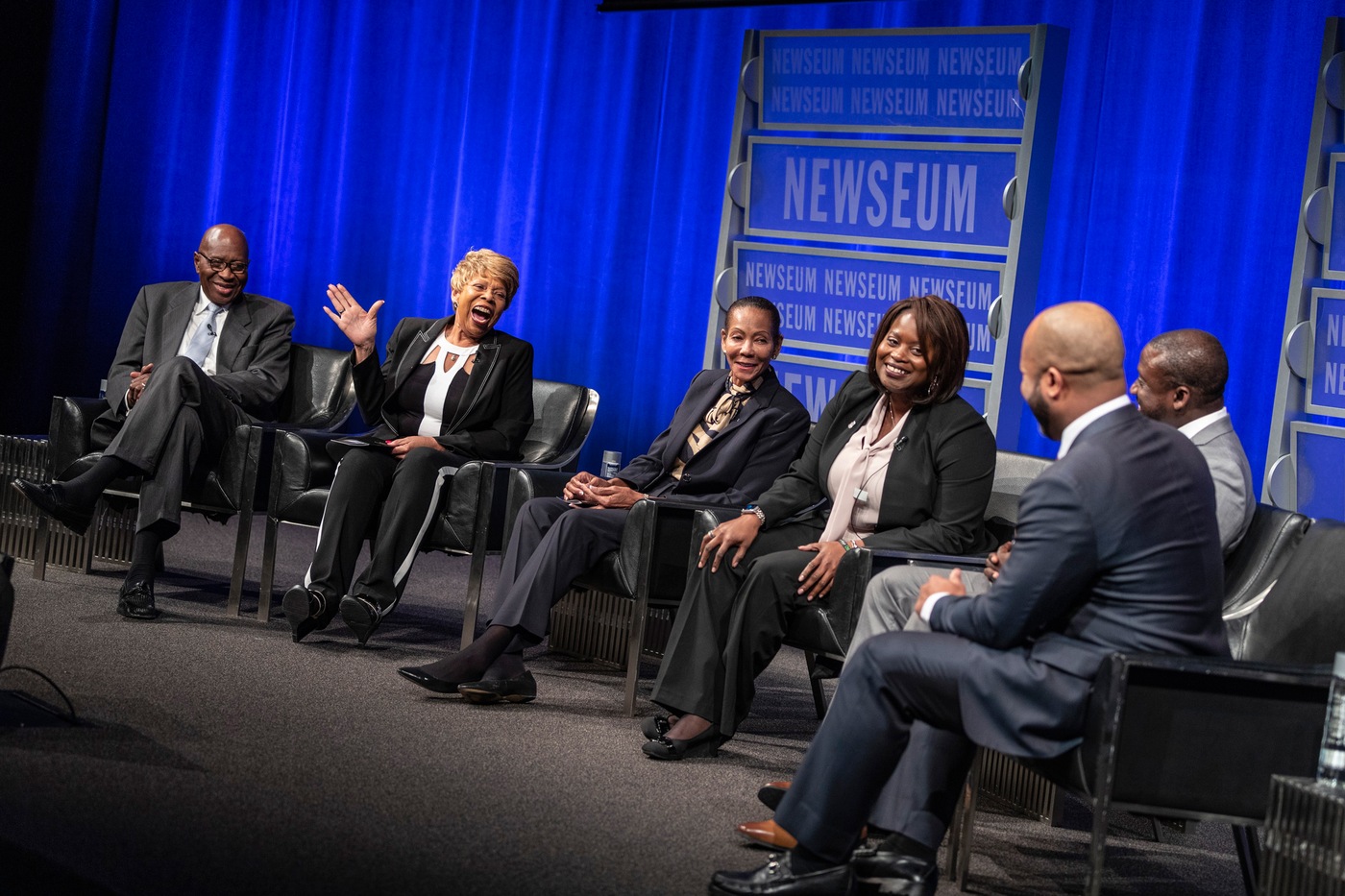 In events Friday at FBI Headquarters and then at the Newseum in Washington, D.C., retired African-American agents shared stories of working at the FBI at a time when there were very few minority agents, and how they blazed trails into some of the agency’s highest leadership positions.

Dr. John Glover, who began his FBI career in 1966 and would become the Bureau’s highest-ranked African-American special agent before retiring in 1989, said in remarks at FBI Headquarters that James Jones, the son of former slaves, deserves more than a footnote in American history. He served in World War I in an Army regiment known as the Buffalo Soldiers and also as a police officer in Washington, D.C., prior to his appointment in what was then the Bureau of Investigation. In the year of Jones’ appointment, Glover described, more than 100 African-Americans were lynched during the Red Summer.

“There should be books written about James Wormley Jones,” Glover said. 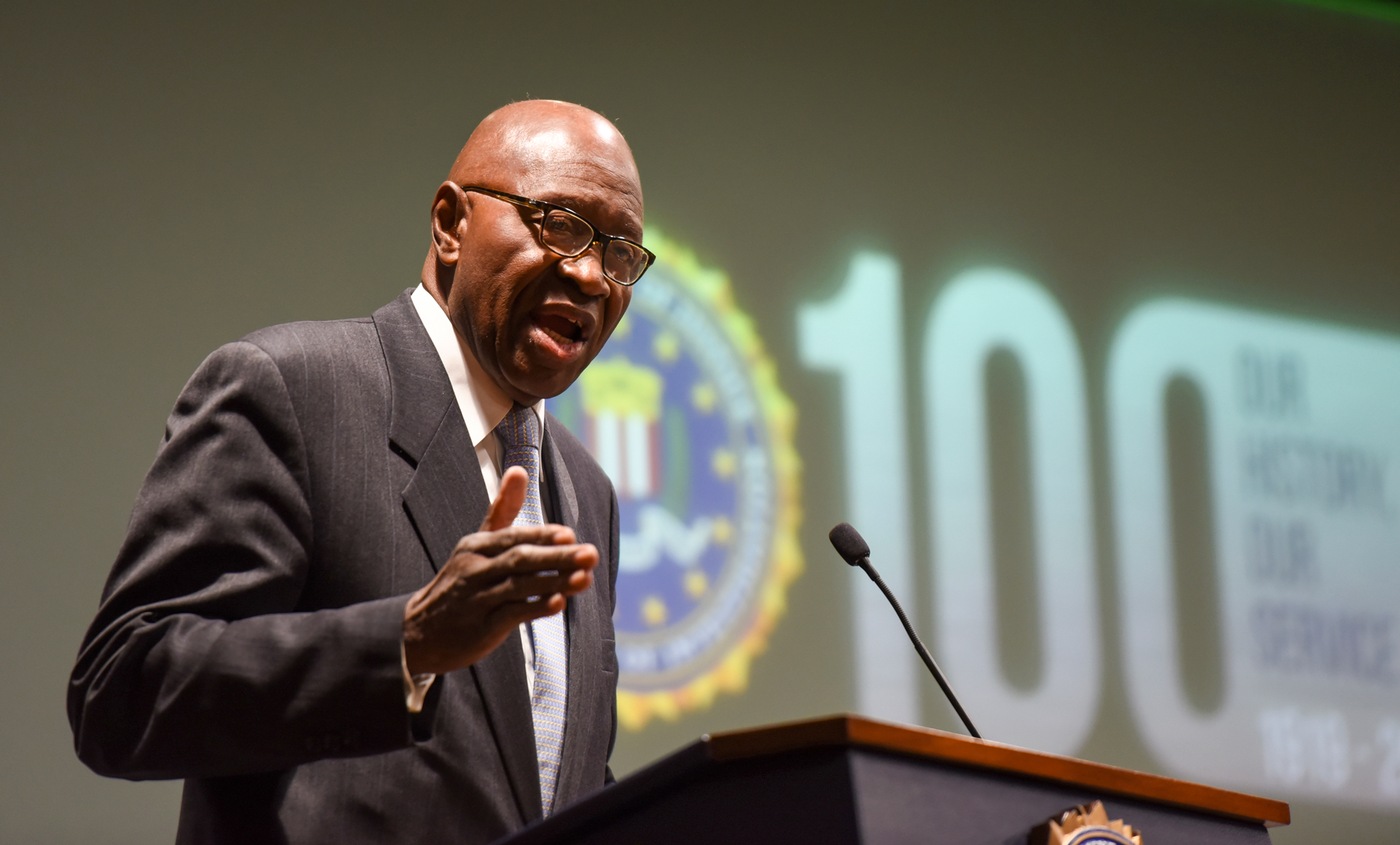 Dr. John Glover, who began his FBI career in 1966 and would become the Bureau’s highest-ranked African-American special agent before retiring in 1989, delivers remarks at FBI Headquarters during a celebration of the 100th anniversary of African American special agents.

The 100-year celebration, dubbed “Our History, Our Service,” included the event at Headquarters and a moderated panel discussion with former and current special agents at the Newseum. The multi-day celebration culminates Saturday with a black-tie gala.

“We’re working to change this,” Wray said, pointing to streamlined hiring processes and recruiting that have more than doubled the percentage of African-American new agents at the FBI Academy from 4 percent five years ago to 9 percent in the most recent fiscal year. A new cross-cultural mentoring program aims to expand opportunities for candidates working up the ranks.

In her remarks during the panel discussion, retired Special Agent Johnnie Bright said her early career was challenging without a mentor. “You had nobody to go to like you—a black female,” said Bright, one of the Bureau’s first African-American female agents. “Find a mentor,” she advised. “You do need someone to reach out to and recognize your potential and give you an opportunity.” 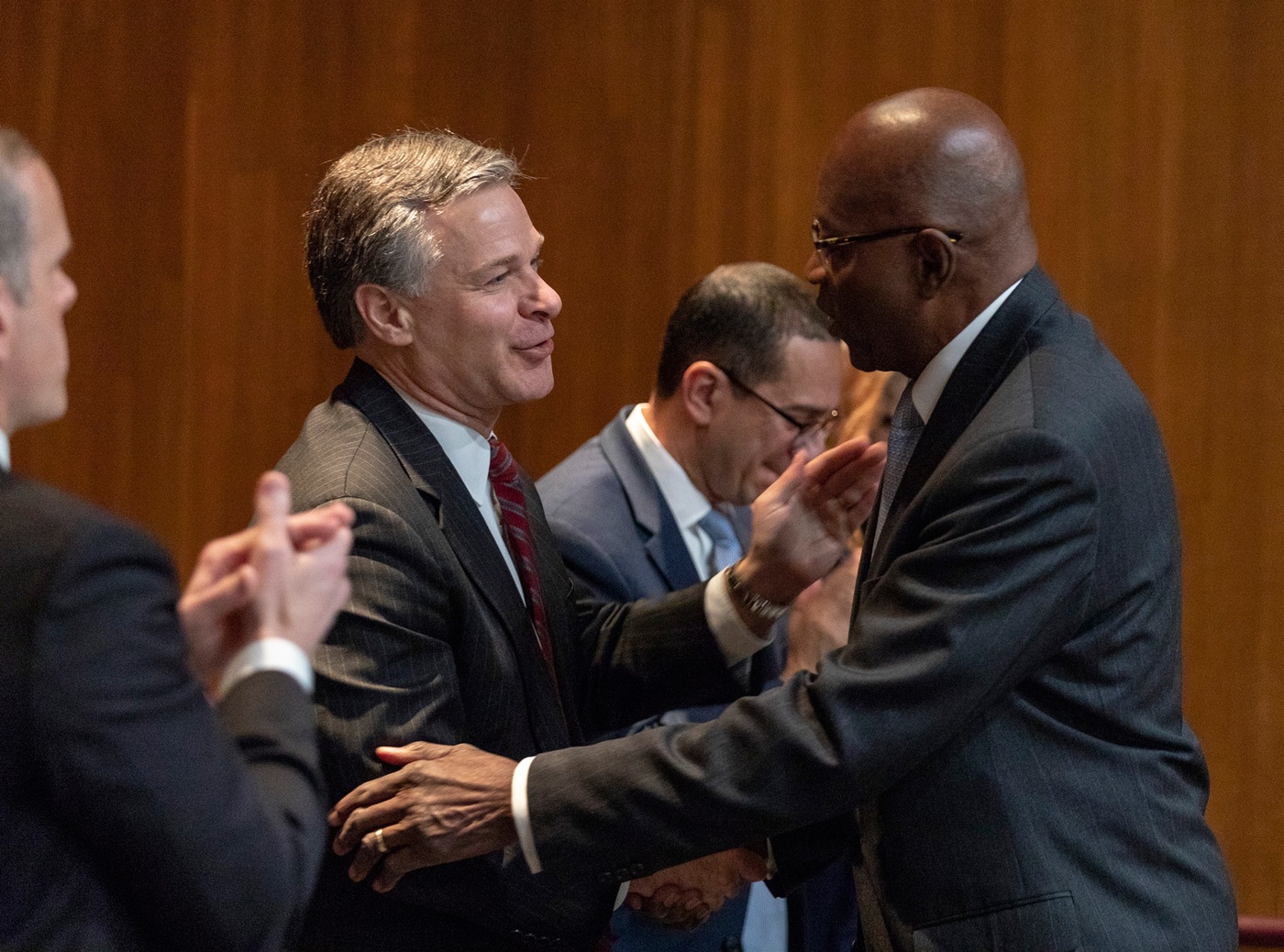 “... diversity remains one of our top priorities here at the FBI.”

“It’s true that we’ve made progress over the past century in the area of diversity, both as a nation and as an organization,” Wray said. “But we’ve got to constantly ask ourselves, ‘Where do we want to be another century from now?’”

In his remarks, Dr. Glover recalled the tight-knit network of African-American agents in the early days. He knew agents Lewis and Barrow. And he was close friends with Edwin Woodriffe, the first African-American special agent to be killed in the line of duty. Woodriffe and another agent, Anthony Palmisano, were killed 50 years ago, in 1969, while trying to arrest a fugitive in Washington, D.C. It was Dr. Glover who had to break the news to Woodriffe’s wife.

“We were all close friends because there weren’t very many of us,” Glover said. “We all knew each other.”

Retired Special Agent Linda Berry said during the panel discussion that the FBI and other organizations should reflect the communities they serve. “It’s important for law enforcement,” said Berry, the FBI’s second African-American female agent behind Mathis. “Everything that is represented in your society, it should be a cross section in your organization. How else can you function? You can’t. Especially in law enforcement.”

Director Wray acknowledged in his remarks that there is much to be done to increase diversity in the ranks. But the Bureau is up to the challenge. “It can be isolating and intimidating when others on your team don’t share your background and experiences,” Wray said. “We share that concern. That’s why diversity remains one of our top priorities here at the FBI.”

A hacktivist who overwhelmed the websites of a city and its police department with DDoS attacks has been convicted and sentenced to prison.

An FBI study of lone offender terrorist attacks in the U.S. looks at the backgrounds, behavioral characteristics, and circumstances surrounding 52 attacks since 1972.