FBI Cryptanalyst Works to Promote Forensic Science to Next Generation 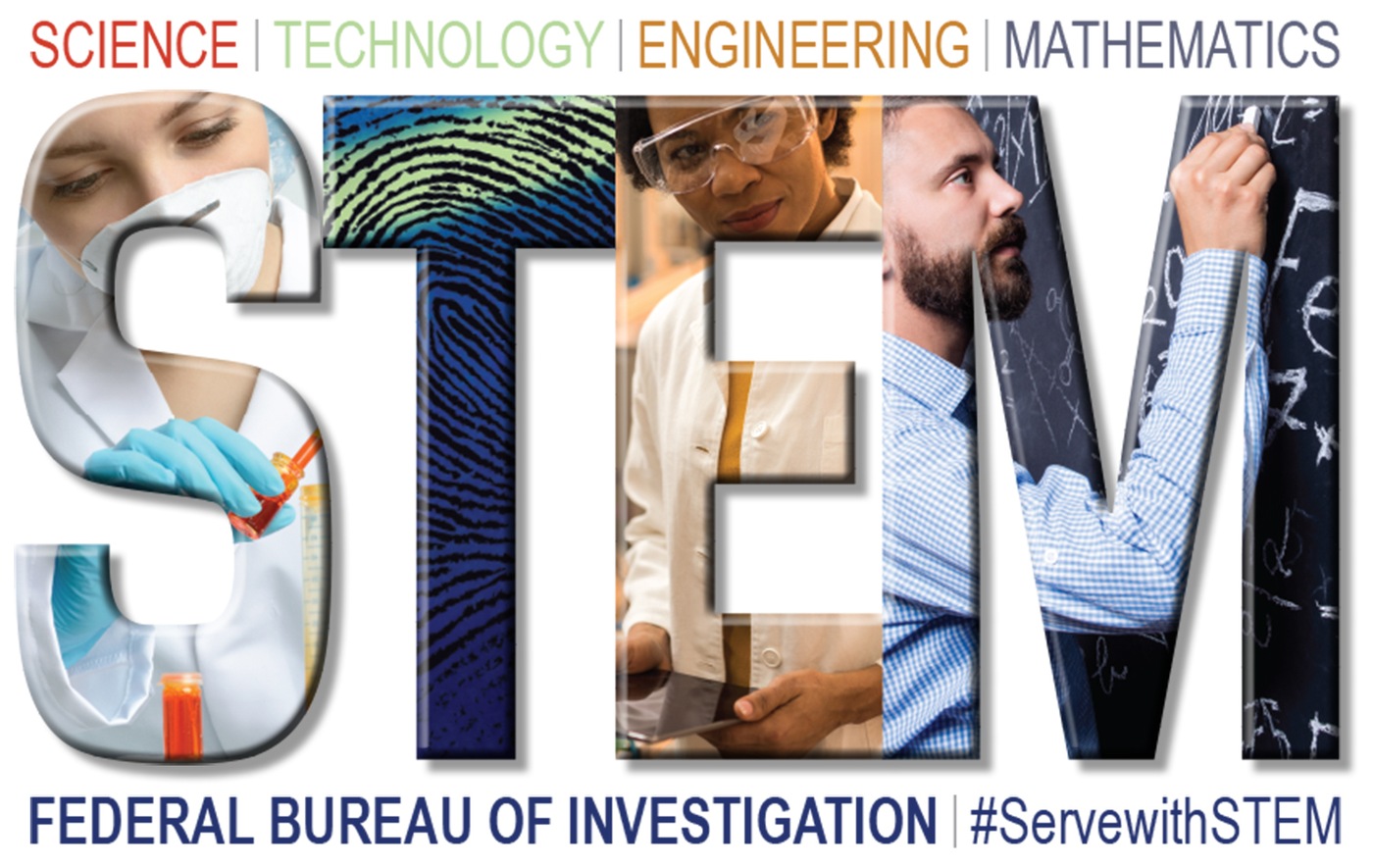 When FBI investigators find a jumble of code or an unfamiliar gang tattoo, they ask forensic examiners like Deneen Hernandez to make sense of the symbols so they can crack the case.

Deciphering complex and unfamiliar messages is what Hernandez and her fellow examiners in the FBI Laboratory’s Cryptanalysis and Racketeering Records Unit do best. The codes they have broken include gang graffiti, gang tattoos, gambling records, and drug ledgers. Some of the codes they crack are especially memorable—in a recent case, Hernandez analyzed a spell that someone had cast.

During an investigation involving the Aryan Brotherhood gang, Hernandez received a photo of a suspect’s writing in an unfamiliar language. She analyzed the writing but discovered nothing nefarious—it was simply Elvish script featured in the movie The Lord of the Rings: The Two Towers. She has also leaned on her love of science fiction to decipher messages in fictional languages like Aurebesh from the Star Wars movies.

“I evaluate submissions related to tattoos and graffiti or any related symbol,” Hernandez said. “It’s interesting work because every case is different, and you really get to use your critical thinking skills to solve problems.”

Deciphering coded communication requires significant analysis, including identifying the language and determining if it uses any coded systems. Cryptanalysts then restructure and translate the language for investigator use.

Tattoo analysis is critical to the FBI’s work because a tattoo can help identify a criminal or a victim, and members of certain gangs and criminal groups have similar tattoos. Tattoo analysis can help investigators connect individuals to particular gangs or narrow down a suspect list.

Hernandez, who is Seneca and Navajo, was raised on the Cattaraugus Reservation near Gowanda, New York. Her mother was a sheriff’s deputy, and her father was a nurse. As a child, Hernandez attended college classes with both of them—a perfect blend of the law enforcement and science of her future profession.

She grew up to become a tribal police officer. She loved the work and planned to make a career of it, but her mother pushed her to continue her education. After earning a master’s degree, Hernandez worked for the Drug Enforcement Administration before moving to the New York State Gaming Commission. She later worked for the National Indian Gaming Commission, where she received FBI forensics training. In 2003, Hernandez transitioned to working for the FBI full time.

Hernandez is one of two Native American forensic examiners in the FBI Laboratory, and she estimates she’s one of only about four in the United States. That’s something she’s working to change. 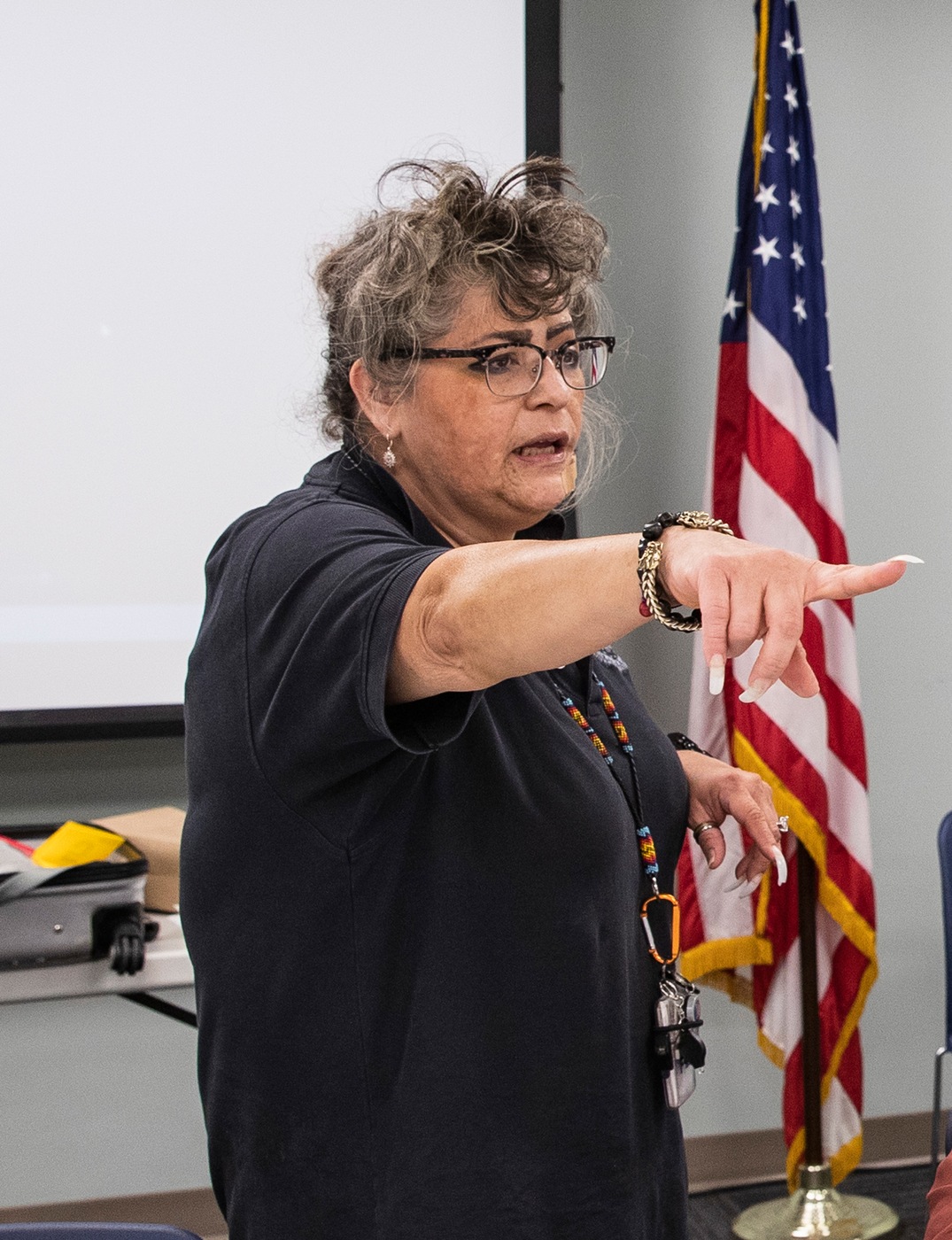 Native American high school students visited FBI Headquarters to learn about STEM-related careers at the Bureau. They heard from Cryptanalyst Deneen Hernandez, one of two Native American forensic examiners in the FBI Laboratory.

“It’s interesting work because every case is different, and you really get to use your critical thinking skills to solve problems.”

This past summer, Hernandez welcomed a group of Native American high school students participating in a STEM (science, technology, engineering, and math) program to FBI Headquarters in Washington, D.C. She told the students about her career and let them test out their scientific mettle with a mock forensic crime scene to analyze.

“I’m hoping to at least be an example. I say to kids, ‘Here are my humble beginnings, and look where I ended up,’” Hernandez explained. “I was very happy doing what I was doing, but opportunities came along and I took advantage of them.”

Cryptanalysis is one of many STEM careers in the FBI. Like all FBI STEM careers, it’s both challenging and rewarding in terms of real-world impacts. Our scientists play a vital role in the Bureau’s mission, whether by cracking codes, analyzing crime scenes, or identifying bomb components.

Hernandez believes that some of the best parts of an FBI STEM career are the relatively quick feedback on your work and knowing that you’ve made a difference in keeping communities safer.

“In academia or other scientific areas, research could go on for months or years,” Hernandez said. “In our work, we provide our results in real time, and we know if we’ve helped advance the investigation. There’s usually some type of conclusion or resolution to the work.”

STEM (Science, Technology, Engineering and Mathematics) is an exciting and expansive field. STEM professionals at the FBI have opportunities to work with advanced technologies to address unique investigative and intelligence challenges not found in the private sector. Hear in this video how professionals in the FBI's Laboratory and Cyber Division apply their STEM skills every day.

The number of hate crime incidents reported to the FBI decreased slightly from 2017 to 2018, according to the Uniform Crime Reporting Program’s annual Hate Crime Statistics report.

The FBI’s National Threat Operations Center works day and night to ensure each of the calls and electronic tips it receives is evaluated rapidly and handled appropriately.