Inside the Russian Spy Case 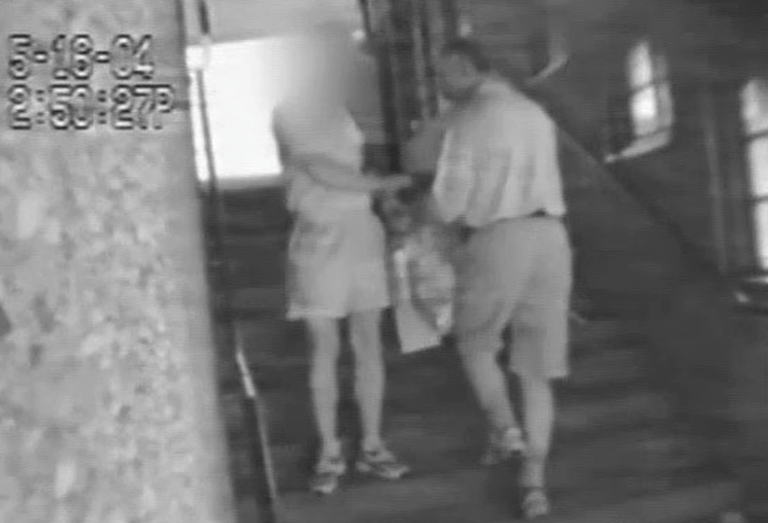 Russian spy Christopher Metsos, right, swaps information in a “brush pass” with an official from the Russian Mission in New York in 2004. The image from a video is part of a trove of documents, photos, and surveillance released by the FBI as part of a Freedom of Information Act request.

The arrests of 10 Russian spies last year provided a chilling reminder that espionage on U.S. soil did not disappear when the Cold War ended. The highly publicized case also offered a rare glimpse into the sensitive world of counterintelligence and the FBI’s efforts to safeguard the nation from those who would steal our vital secrets.

Our case against the Russian Foreign Intelligence Service (SVR) operatives—dubbed Operation Ghost Stories—went on for more than a decade. Today we are releasing dozens of still images, surveillance video clips, and documents related to the investigation as part of a Freedom of Information Act request.

Although the SVR “illegals,” as they were called, never got their hands on any classified documents, their intent from the start was serious, well-funded by the SVR, and far-ranging.

“The Russian government spent significant funds and many years training and deploying these operatives,” said one of our counterintelligence agents who worked on the case. “No government does that without expecting a return on its investment.”

Our agents and analysts watched the deep-cover operatives as they established themselves in the U.S. (some by using stolen identities) and went about leading seemingly normal lives—getting married, buying homes, raising children, and assimilating into American society.

Using surveillance and sophisticated techniques, aided by support from intelligence analysts, investigators gathered information to understand the threat posed by the spies as well as their methods, or tradecraft.

The deep-cover Russian spies may not have achieved their objective, but they were not idle. They collected information and transmitted it back to Russia, and they were actively engaged in what is known in the spy business as “spotting and assessing.”

They identified colleagues, friends, and others who might be vulnerable targets, and it is possible they were seeking to co-opt people they encountered in the academic environment who might one day hold positions of power and influence.

Perhaps the most famous example of this tactic—the Cambridge Five—took place in Great Britain. Soviet intelligence “talent spotters” were able to recruit Cambridge University students in the 1930s—including future spy Kim Philby—who would later rise to power in the British government and become Soviet operatives during World War II and into the 1950s.

“We believe the SVR illegals may well have hoped to do the same thing here,” said a counterintelligence agent.

The SVR was in it for the long haul. The illegals were content to wait decades to obtain their objective, which was to develop sources of information in U.S. policymaking circles. (See sidebar.)

Although they didn’t achieve that objective, the agent said, “without us there to stop them, given enough time they would have eventually become successful.”

After years of gathering intelligence and making sure we knew who all the players were, we arrested the illegals on June 27, 2010. Weeks later, they pled guilty in federal court to conspiring to serve as unlawful agents of the Russian Federation within the U.S.

The plea represented the culmination of a remarkable effort on the part of countless Bureau personnel, including agents, analysts, surveillance teams, linguists, and others.

“Operation Ghost Stories sends a message to foreign intelligence services that espionage threats to the U.S. will not be tolerated,” our agent said. “The FBI’s counterintelligence mission is to identify, disrupt, and defeat the activities of foreign espionage agents, and we take that job very seriously.”

Usually, the critical work of our Counterintelligence Division is carried out in conjunction with our partners in the U.S. intelligence community with the utmost secrecy. Because the public rarely hears about those efforts, it would be easy to forget how real the threat of espionage is.

“And the threat is not limited to the Russians,” the agent said. “There are a lot of foreign services who want what we have, and that’s why we have agents and analysts in FBI field offices across the country working with other intelligence community partners every day to address these threats.”

Our blueprint for preventing and investigating intelligence activities on U.S. soil.

56 law enforcement officers in 22 states and Puerto Rico were feloniously killed in 2010.