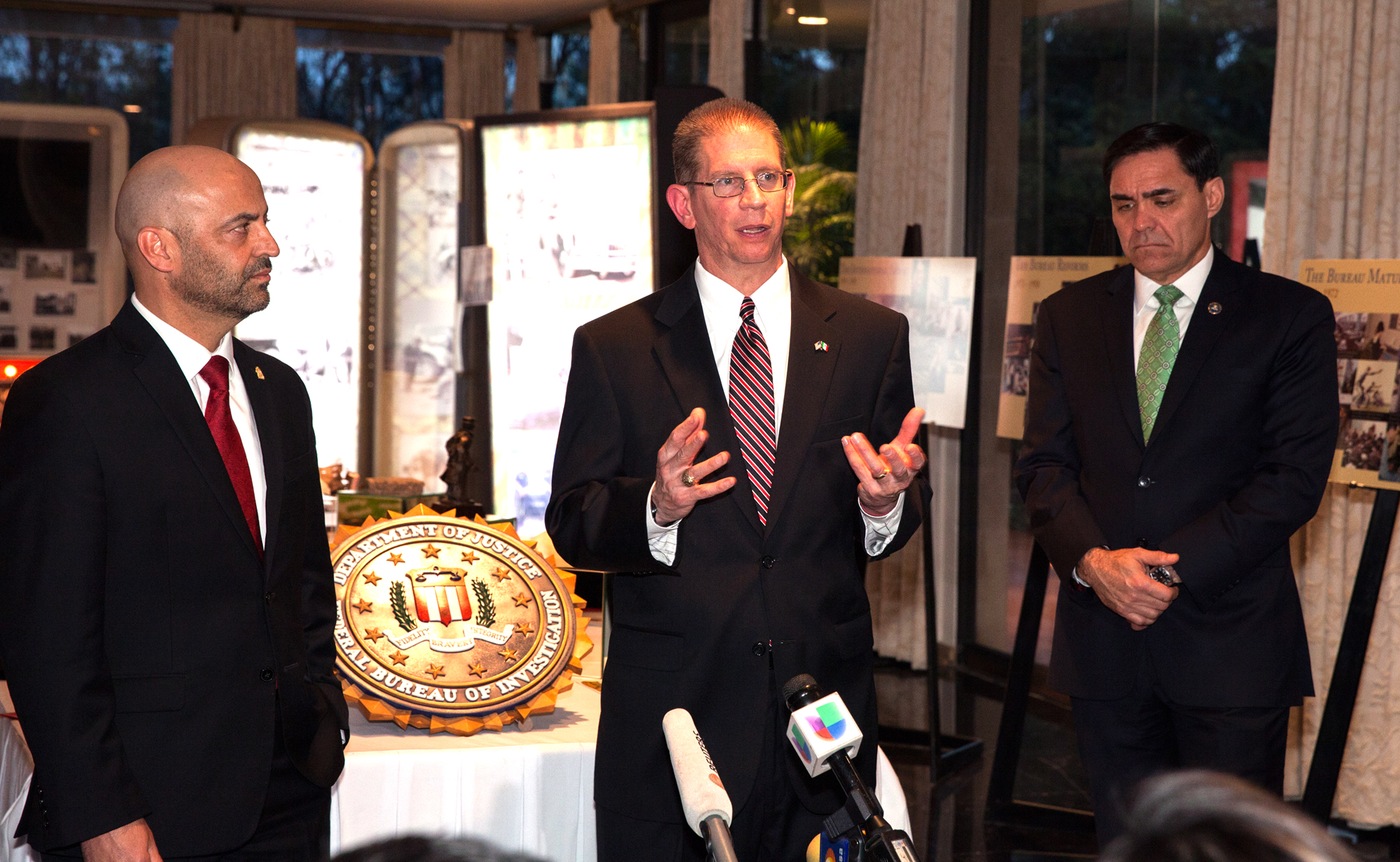 The FBI’s office in Mexico City—the Bureau’s largest and oldest overseas post—marked its 75th anniversary yesterday, commemorating the longstanding alliance between the U.S. and Mexico in the fight against crime.

The FBI and Mexican authorities have been working together since the early 20th century, with the Bureau’s legal attaché office in Mexico City officially opening in 1940. The FBI maintains more than 60 legal attaché offices—or legats—around the world, where Bureau personnel work closely with host countries to share information and to coordinate investigations that help safeguard American citizens and protect U.S. interests.

Applauding the 75-year milestone in a recorded video shown during yesterday’s ceremony in Mexico City, FBI Director James Comey called it “a testament to the strength of our partnership.” He added that today’s criminals and terrorists “no longer recognize borders or boundaries. We face truly global threats, and we must confront these challenges as a global law enforcement community.”

The U.S. and Mexico “share a common vision toward tackling crime,” said Special Agent Eric Drickersen, who heads the FBI’s Mexico City Legat. In the 1940s, during World War II, the Bureau’s efforts in Mexico and South America largely involved locating Nazis who had infiltrated North America, but even then, agents and Mexican authorities collaborated on a variety of criminal matters.

“The FBI was very forward-thinking in those days, when evidence of the impact of international crime first surfaced,” Drickersen said. “The Bureau recognized early on the necessity to collaborate with international partners. Mexico was one of our natural initial partners because we share a border and because crimes impacted both nations.”

Over the years, those crimes have evolved. Today, multi-national criminal organizations traffic drugs and people, and violent gangs carry out kidnappings and extortions on both sides of the border. “Without collaboration between the U.S. and Mexico,” Drickersen explained, “it would be virtually impossible to deal with the level of crime we now face.”

The crime-fighting coalition between the two countries has resulted in many successes, perhaps none more apparent than the FBI’s fugitive program. With the assistance of Mexican law enforcement, a total of 18 of the FBI’s Ten Most Wanted Fugitives have been captured in Mexico and returned to the U.S.—more than from anywhere else in the world. The most recent example is Top Ten fugitive Jose Manuel Garcia Guevara, who was apprehended in Mexico last year and returned to Louisiana to face rape and murder charges.

Another important aspect of the U.S.-Mexican law enforcement alliance is training. From the outset, police officers from both countries have trained together. The FBI’s internationally respected National Academy—a professional development course for U.S. and overseas law enforcement personnel—has counted nearly 50 Mexican officers among its graduates since the 1940s.

“Today’s anniversary recognizes the importance of all aspects of the FBI’s partnership with Mexico,” he added. “For three-quarters of a century, we have built a coalition that has grown and continues to grow. The FBI is very proud of that.”

Director Comey announced that the FBI is assuming a leadership role in the investigation of the mass shooting in San Bernardino, California, which has been deemed an act of terrorism.