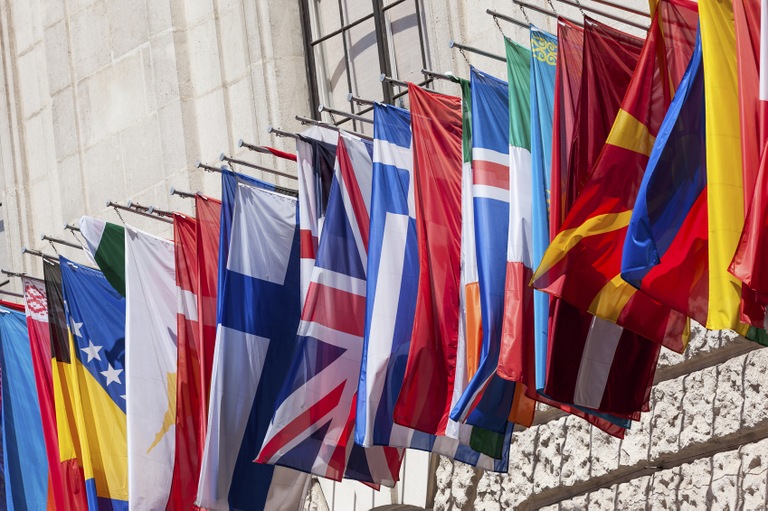 For more than seven decades, the FBI has stationed special agents and other personnel overseas to help protect Americans back home by building relationships with principal law enforcement, intelligence, and security services around the globe that help ensure a prompt and continuous exchange of information.

Today, we have 63 legal attaché offices—commonly known as legats—and more than two dozen smaller sub-offices in key cities around the globe, providing coverage for more than 180 countries, territories, and islands. Each office is established through mutual agreement with the host country and is situated in the U.S. embassy or consulate in that nation.

The foundation of the FBI’s international program is the International Operations Division and the legal attaché, or “legat,” each of whom is the Director’s personal representative in the foreign country in which he/she resides or for which he/she has regional responsibilities. FBI personnel abroad serve under the authority of the Department of State, chief of mission at United States embassies, at the pleasure of ambassadors and host country governments. Their core mission is to establish and maintain liaison with principal law enforcement and security services in designated foreign countries. This liaison enables the FBI to effectively and expeditiously conduct its responsibilities in combating international terrorism, organized crime, cyber crime, and general criminal matters. In particular, legat liaison activities are essential to the successful fulfillment overseas of the FBI’s lead federal law enforcement mission to prevent terrorist attacks against citizens and interests of the United States. Liaison is carried out in accordance with executive orders, statutes, treaties, Attorney General Guidelines, FBI policies, and interagency agreements. The legal attaché program provides for a prompt and continuous exchange of information with foreign law enforcement and security agencies and coordination with U.S. federal law enforcement agencies that have jurisdiction over the matters under investigation. Our foreign-based personnel also assist foreign agencies with requests for investigative assistance in the U.S. to encourage reciprocal assistance in counterterrorism, criminal, and other investigative matters.

In addition to the Legat program, the FBI’s international law enforcement activities focus on one other key element—international training. Through international training, the FBI provides foreign law enforcement officers with skills in both basic and advanced investigative techniques and principles that promote cooperation and aid in the collection of evidence. Training allows the FBI to demonstrate major crime scene, counterterrorism, and other investigative techniques, while establishing better working relationships, thus strengthening cooperation among law enforcement personnel worldwide. Funded by the Department of State or Department of Defense, significant training programs include the International Law Enforcement Academies in Budapest, Hungary; Bangkok, Thailand; and Gaborone, Botswana; and San Salvador, El Salvador, as well as bilateral training programs targeting anti-terrorism, weapons of mass destruction, and terrorist financing. The FBI also participates in Bilateral Working Groups and several additional counterterrorism training programs in the Middle East.

The FBI’s legal attaché program was developed to pursue international aspects of the FBI’s investigative mandates through established liaison with principal law enforcement and security services in foreign countries and to provide a prompt and continuous exchange of information with these partners. The FBI currently has 60 fully operational legat offices and 15 sub-offices, with more than 250 agents and support personnel stationed around the world. The growth of transnational crime caused by the explosion in computer and telecommunications technology, the liberalization of immigration policies, and the increased ease of international travel has made it necessary for the U.S. to cooperate with countries around the world concerning security issues. The FBI’s role in international investigations has expanded due to the authority granted by the Congressional application of extraterritorial jurisdiction.

As the FBI’s domestic investigative responsibilities become increasingly intertwined with international criminal and terrorist elements in other countries, the FBI must continually enhance its ability to conduct complex investigations and acquire evidence from abroad for criminal prosecutions in the United States. To do so requires close coordination with international partners and security services. Some of the FBI’s most important and visible investigations are multi-national in scope, placing greater demands on the FBI, especially in the field, as more case agents are faced with challenges in obtaining admissible evidence for domestic prosecutions.

The Role of the Legal Attaché

The FBI legal attaché works with the law enforcement and security agencies in their host country to coordinate investigations of interest to both countries. The role of legal attachés is primarily one of coordination, as they do not conduct foreign intelligence gathering or counterintelligence investigations. The rules for joint activities and information sharing are generally spelled out in formal agreements between the U.S. and the host nation.

The legal attaché offices provide critical and timely support in the defense of our homeland through direct coordination with the Department of Justice (DOJ), Department of State, Interpol, and other law enforcement and security entities. Together with the Department of State, the DOJ’s Office of International Affairs of the Criminal Division is responsible for the negotiations of bilateral and multilateral law enforcement treaties needed to effect the extraditions of fugitives and to facilitate collection of evidence from foreign countries. In addition to the Office of International Affairs, the FBI also supports the ongoing efforts of the Department of Justice to provide long-term justice sector assistance to prosecution and police services in numerous foreign countries. This long-term assistance, which is provided through the Criminal Division’s Office of Overseas Prosecutorial Development, Assistance and Training (OPDAT) and the International Criminal Investigative Training Assistance Program (ICITAP), helps to ensure that our foreign partners not only follow the most modern law enforcement techniques, but also respect the rule of law. As a result, the legal attaché offices benefit from their coordination, training, and mutual support. The offices directly coordinate with U.S. embassy representatives by personally representing the FBI as a country team member and serving as the lead federal law enforcement agent for all crimes for which it exercises lead investigative jurisdiction. That includes both counterterrorism and terrorism finance investigations.

In virtually all major FBI investigations, a significant international nexus develops. To balance the FBI’s interest in addressing the international aspects of its investigations with the requirement to respect the host country’s national sovereignty, the FBI must rely on the capability of the host country’s law enforcement community. This is accomplished through the liaison partnerships developed by the legal attaché and reinforced through elements of the international law enforcement community such as Interpol, the FBI’s National Academy, and numerous working groups, task forces, and training initiatives. These efforts foster interagency cooperation and are extremely productive in the pursuit of traditional criminal law enforcement matters, and even more so as we seek to identify, disrupt, and prosecute terrorists.

In 1940—a year before the surprise attack at Pearl Harbor pushed the U.S. into World War II—President Franklin D. Roosevelt realized that America needed more and better intelligence to understand the threats posed by the Axis powers.

The FBI was in charge of domestic intelligence, but there was no CIA at that time to handle overseas intelligence. Roosevelt decided to assign intelligence responsibilities for different parts of the globe to various agencies. The Bureau landed the area closest to home—the Western Hemisphere.

Strategically, it made sense—South and Central America were fast becoming staging grounds for the Nazis to send spies into the U.S. and hubs for relaying information back to Germany. In June 1940, the FBI responded to the president’s charge by setting up a Special Intelligence Service that deployed scores of undercover agents to ferret out Axis spy networks.

The FBI quickly realized that it needed to establish official liaison with the many countries it was working with across the world to coordinate international leads arising from the Bureau’s work and to exchange information with the police and intelligence services of those countries. In 1941, the U.S. Ambassador to Colombia requested the assignment of a special agent to the U.S. Embassy in Bogota. This proved to be the forerunner of the FBI’s legal attaché, or legat, program.

By 1942, special agents were assigned to U.S. Embassies in London, Ottawa, and Mexico City, and they were carried on the Department of State’s diplomatic roster and given the title of “legal attaché.” The following year, a Liaison Section in the Security Division was established at FBI Headquarters to maintain contact with the legats, the State Department, the Armed Services, and other agencies.

As the need for intelligence related to the Axis threat in the West diminished towards the end of the war, the special agents assigned to posts in Europe, Canada, and Latin America began to make relationship-building and/or training their top priorities. In 1947, the FBI’s Special Intelligence Service was disbanded, and the newly formed CIA was tasked to take over foreign intelligence operations and to coordinate intelligence activities worldwide. But the Bureau’s network of Legats overseas had proven its worth and continued to crystallize its liaison mission.

The number of legats operating from the 1950s through the 1980s fluctuated greatly due to crime trends and budget allowances, with offices opening, closing, and reopening at various times. In the 1990s, FBI Director Louis Freeh—recognizing that global crime and terror were on the rise—made it a priority to open a series of new legal attaché offices. At the start of his tenure in 1993, the Bureau had 21 offices in U.S. Embassies worldwide; within eight years that number had doubled. Offices were opened, for example, in such strategic locations as Pakistan, Egypt, Israel, Jordan, Turkey, South Korea, and Saudi Arabia.

That growth has continued. Today, the Bureau has special agents and support professionals in more than 80 overseas offices, pursuing terrorist, intelligence, and criminal threats with international dimensions in every part of the world. The FBI also takes part in all manner of global and regional crime-fighting initiatives, including Interpol and Europol, and Resolution 6, which co-locates FBI agents in DEA offices worldwide to combat drugs. It’s no exaggeration to say that the FBI is a global organization for a global age. 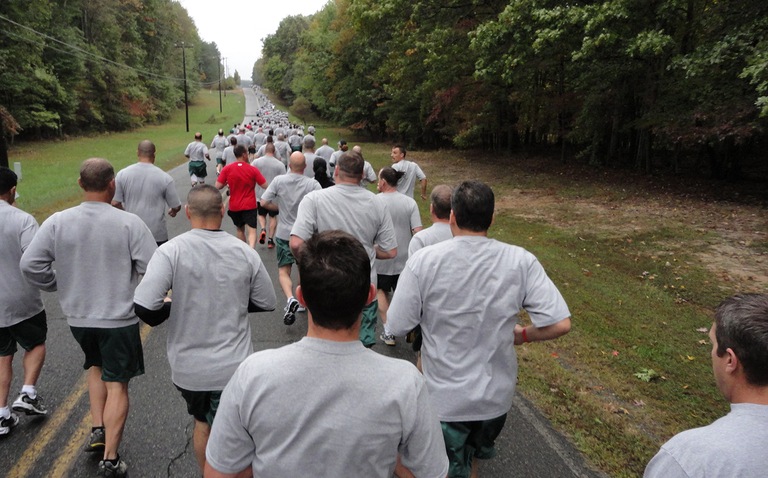 International Students at the National Academy

Virtually every day a law enforcement or security officer overseas runs down a lead or shares information that helps solve or support an FBI case in the U.S.

One vital way that we build the international partnerships needed to gain that assistance is through the FBI National Academy. This program gathers law enforcement leaders from around the world to learn and train together for 10 weeks, not only elevating levels of expertise but also building bonds of friendship that last for years.

In the beginning… The National Academy was launched in 1935 as the “Police Training School.” China, Canada, and Great Britain were among the first countries to send representatives in the late 1930s, but usually only a few officers per session. The number of international students began to rise in August 1962, when President Kennedy signed National Security Action Memorandum No. 177 to enhance the training of overseas officers in the United States. As a result, the FBI began accepting up to 20 international law enforcement executives in each National Academy session.

Today… Each session usually includes between 27 and 30 international students, about 10 percent of each class. Nearly 3,500 international leaders from over 170 countries have graduated from the National Academy. As global crime and terror continue to mount—requiring ever deepening levels of international cooperation and expertise—the FBI continues to put a priority on offering and coordinating international training opportunities for its partners around the world.

The FBI National Academy is a professional course of study for U.S. and international law enforcement managers…

The FBI has offices around the globe. These offices—called legal attachés or legats—are located in…