During a speech at the National Organization of Black Law Enforcement Executives conference in Baton Rouge, Louisiana, this morning, FBI Director Christopher Wray told attendees that the Bureau has reached a milestone in the National Use-of-Force Data Collection that will allow the agency to release more information on police use-of-force incidents in the near future.

The FBI released some information at the 40% participation threshold last year. The soon-to-be-released data will include information on things like types of force used and resistance encountered. Additional data can be released once 80% of total law enforcement officers are represented in the data collection.

“Because once we get to the 80% mark, we’ll be able to share even more data and insight into use-of-force incidents,” Wray said. “And we can give the public the necessary facts, and I believe, strengthen our nation’s confidence in law enforcement.”

Wray also addressed a variety of other topics of interest to law enforcement in his remarks, including: 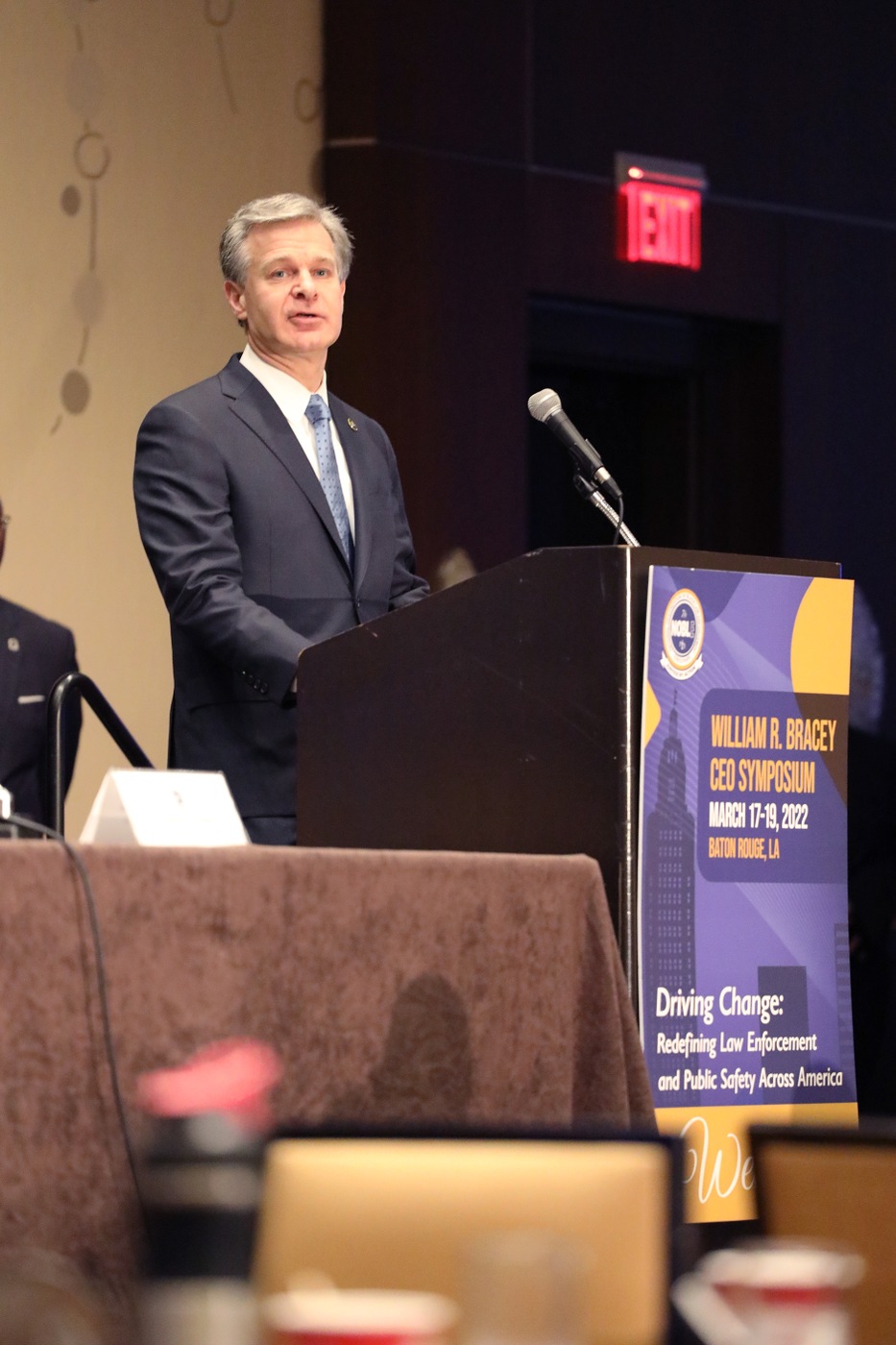 Threats to HBCUs and Other Institutions

Wray reiterated the FBI’s commitment to investigating the recent threats to Historically Black Colleges and Universities and houses of worship. More than 30 of the FBI’s 56 field offices are now involved in this investigation. The FBI is pursuing leads all over the country.

More than 50 FBI Violent Crime Task Forces across the country are working with law enforcement to address the troubling surge in violent crime in recent years. In some of the hardest hit cities, the FBI’s Violent Crime Rapid Deployment Teams are creating strategies to reduce violent crime.

“We all know that—at all levels of government—our most fundamental duty is to safeguard people’s right to live without fear of violence,” Wray said.

“We all know that—at all levels of government—our most fundamental duty is to safeguard people’s right to live without fear of violence.”

The FBI continues to be concerned about violence against law enforcement. Wray noted that nearly half of the officers who were killed in the line of duty last year were ambushed.

"These are tough times in our profession. And every chance I get, I try to remind the public, members of Congress and others, really anybody who will listen, about the dedication and bravery that you and your people, the men and women of law enforcement, show every day, as they serve our communities," Wray said.

“I firmly believe that this data is going to be vital for all of us as we continue making the physical and mental health of our people a priority,” Wray said.

On this episode of Inside the FBI, we sit down with FBI Executive Assistant Director Brian Turner to talk about violent crime, why it’s increasing, and what the FBI is doing about it…

On this episode of Inside the FBI, learn about the National Use-of-Force Data Collection, which works to promote transparency between law enforcement and the communities they serve.

As part of a series of events honoring law enforcement personnel who have died in the line of duty, the FBI recognized the sacrifices of its partners and honored its own fallen.

Getting Them to the Fight

Get an interactive look at how the mobility operators within the FBI's Hostage Rescue Team train to get to any location, under any conditions.

FBI leaders and executives from 25 Historically Black Colleges and Universities (HBCUs) met in Mississippi as part of a program created to strengthen community ties and improve the diversity of the FBI.