FBI Builds on Outreach and Recruiting Efforts at HBCUs 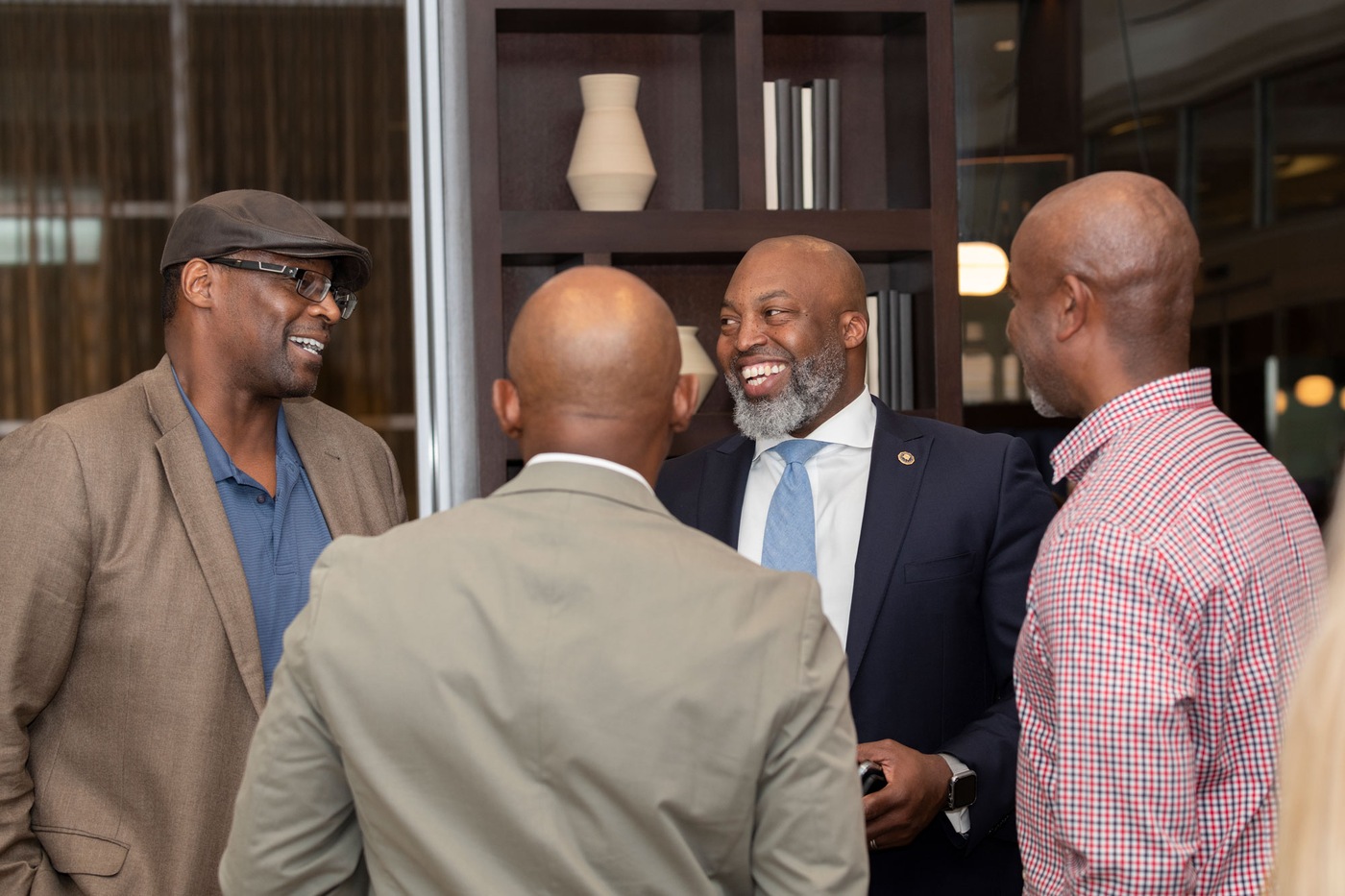 Building on the summer 2021 launch of the Beacon Project, FBI leaders and executives from 25 Historically Black Colleges and Universities (HBCUs) met in Jackson, Mississippi, this week to further the project’s goals of strengthening community ties and improving the diversity of the FBI.

“The proactive steps the FBI took in establishing the Beacon Project places us on the proper path to improving diversity, equity, and inclusion in the workforce, as well as maximizing outreach in underrepresented communities,” said Special Agent in Charge Jermicha Fomby, head of the FBI’s Jackson Field Office and one of the Beacon Project’s founders. “As its name implies, it shines a light of hope for the present and future ways in which we serve our communities.”

Fomby said that moving forward requires an honest and open examination of where the FBI has been, where we are now, and where the organization hopes to go.

HBCU leaders agree. Many of those in attendance at the March 8 event, held at Jackson State University, lauded the FBI for enhancing and re-opening lines of communication and responsiveness between law enforcement and minority universities.

During his opening remarks, FBI Deputy Director Paul Abbate reflected on times when the FBI could have been a better partner. Those in attendance said those times contributed to a mistrust of law enforcement then—and to some extent, now.

“We all know the FBI wasn’t always as good a partner to the Black community—particularly at the outset of the civil rights era,” Abbate said. “Before 1964, the federal government left protection of civil rights to state and local governments. Wrongly, many murders went uninvestigated, were covered up, or were purposely misidentified as an accident.”

Abbate says the Bureau is learning from its past, including the FBI’s wiretap of Dr. Martin Luther King, Jr.: “We’ve studied these abuses of power and mistakes of the past and learned from them in an attempt to do better and become a better FBI.”

Moving policies and programs forward and improving training and oversight over the last five decades have helped the FBI improve. The highest remaining hurdle is in building a more diverse and inclusive FBI workforce—especially when it comes to the Bureau’s leadership and its special agents. Both groups are still predominately male and white.

“The FBI’s intentional efforts to diversify are crucial to creating an inclusive workforce and to being increasingly effective and efficient in our investigations and keeping the American public safe.” 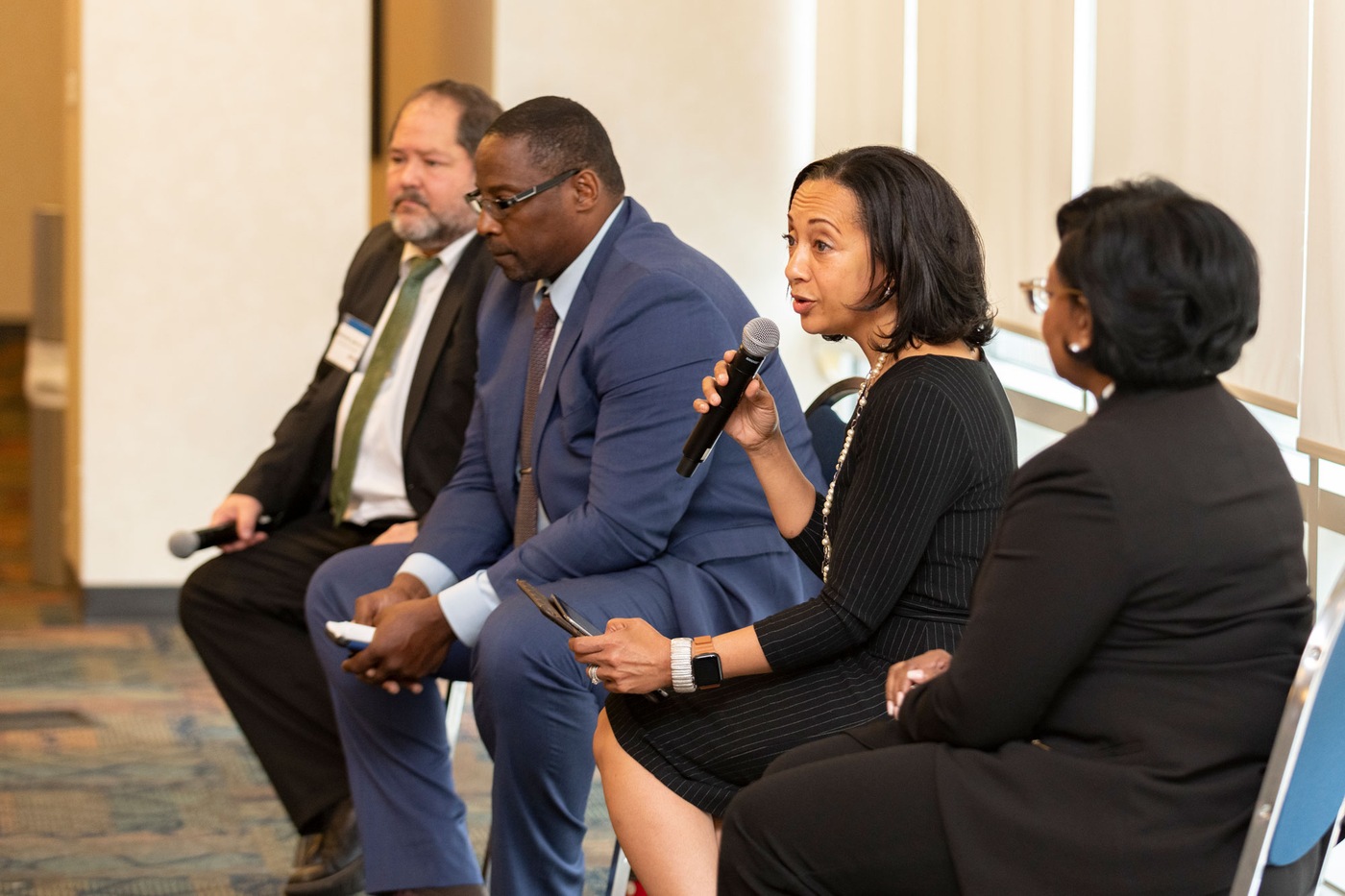 The Beacon Project embodies an understanding that recruiting efforts alone can’t address that gap; greater trust and creating strong and consistent connections are essential elements of drawing a more diverse pool of applicants into the FBI. And greater diversity isn’t a goal in and of itself, but something that is key to the FBI’s current and continued success. “The FBI’s intentional efforts to diversify are crucial to creating an inclusive workforce and to being increasingly effective and efficient in our investigations and keeping the American public safe,” said FBI Chief Diversity Officer Scott McMillion.

There have been some encouraging signs in recent years as special agent applicants have grown increasingly diverse. The Jackson Field Office event brings a more local focus to that work. By bringing together the heads of FBI field offices in Birmingham, Cincinnati, Dallas, Houston, Jackson, Little Rock, Memphis, Mobile, and New Orleans with executives from colleges and universities in those same regions, relationship-building and engagement can continue in shared cities, towns, and neighborhoods.

The FBI’s Office of Diversity and Inclusion plans to work closely with the Office of Public Affairs’ Community Relations Unit to plan other regionally focused Beacon events. This summer, the FBI will be hosting additional HBCU presidents as well as the leaders of other minority-serving institutions in Washington, D.C., to continue building these relationships.

The leader of a small town credit union brazenly stole more than $2 million from the bank, causing the demise of the institution founded by her own grandparents decades ago.