A list of nearly four dozen observable behavioral signs that someone might be planning to commit an act of extremist violence is contained in a newly updated publication released by the country’s foremost counterterrorism organizations.

Homegrown Violent Extremist Mobilization Indicators, 2019 Edition, produced by the FBI, the National Counterterrorism Center, and the Department of Homeland Security, contains a broad list of 46 behavioral indicators listed in color-coded groupings of how clearly the indicators might demonstrate an individual’s likelihood of engaging in terrorist activity. The booklet updates a prior version published in 2017.

The agencies authored the updated publication to help law enforcement—and the public at large—recognize potentially dangerous behaviors as the U.S. faces a heightened threat from homegrown violent extremists.

“The booklet provides our partners with tools to identify concerning behavior so that it can be responsibly reported to law enforcement,” said Michael McGarrity, assistant director of the FBI’s Counterterrorism Division. “We can’t be everywhere. We count on our partners to identify threats in their communities.”

The booklet, published on the website of the Office of the Director of National Intelligence, describes each of the behavioral indicators, organized by how easily they can be diagnosed. For example, observing someone prepare a martyrdom video could be diagnosed on its own as a mobilization indicator, while seeing an individual conduct suspicious financial transactions would be considered “minimally diagnostic” and would require other observable indicators to meet a diagnostic threshold.

The publication emphasizes that many of the indicators may involve constitutionally protected activities. But observed together, the behaviors may raise suspicions and merit reporting to authorities.

“It’s an indispensable tool in our efforts to leverage all available resources to identify terrorists before they conduct deadly attacks,” said Matthew Alcoke, deputy assistant director of the FBI’s Counterterrorism Division. 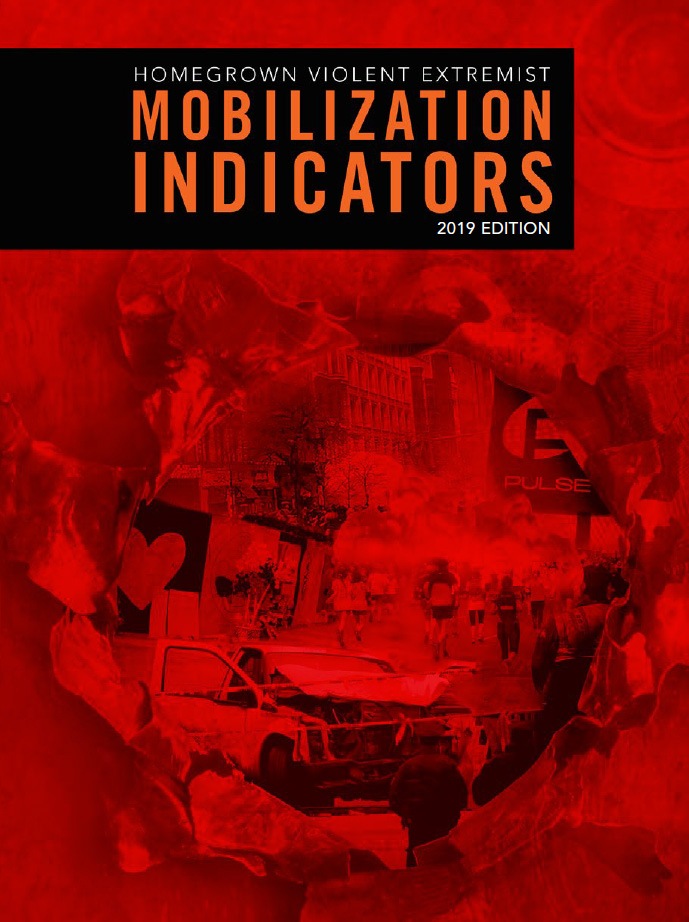 Other criteria include categories of behaviors, the people who are most likely to observe them, and the time-sensitivity of potential concerns (i.e., imminent, near-term, or long-term).

The booklet encourages people to take a holistic view of situations and to put the mobilization indicators into context.

“It is important to consider the totality of circumstances when observing potential indicators, as some factors may increase the risk of violence in a given situation,” the booklet states. Risk factors that may raise additional concerns include a potential subject’s inability to cope with change or perceived failures, a history of violence, social isolation, and possession of weapons or explosives.

Last month, a Syrian man living in Pittsburgh was arrested by an FBI Joint Terrorism Task Force on charges related to his alleged plot to bomb a church in the name of ISIS, a foreign terrorist group based in the Middle East. Among other things, the subject allegedly distributed propaganda materials for his cause and recorded a video of himself pledging allegiance to the leader of ISIS—observable mobilization indicators of imminent or near-term concern, according to the indicators booklet.

An FBI analysis shows that in recent years, about one in four internationally inspired terrorism plots here in the U.S. was disrupted with the help of tips from community leaders and the public. Matthew Aken, a special agent in the FBI’s Springfield Field Office, said the updated publication is an effective tool for educating the Bureau’s partners in law enforcement and the communities where they serve.

“It allows our partners to educate themselves concerning extremist behavior,” he said, “and assists them to make an informed decision on a potential international terrorism-inspired extremist and how to report it to law enforcement.”

“It’s an indispensable tool in our efforts to leverage all available resources to identify terrorists before they conduct deadly attacks.”

A father and son who carried out a loan fraud scheme that caused more than 100 unsuspecting investors in their advertising company to lose $63 million have been convicted and sentenced.

In 1908, Stanley W. Finch became the head of the organization that would eventually become the Federal Bureau of Investigation, giving it a strong start in key areas of the FBI’s responsibilities that continue to this day.