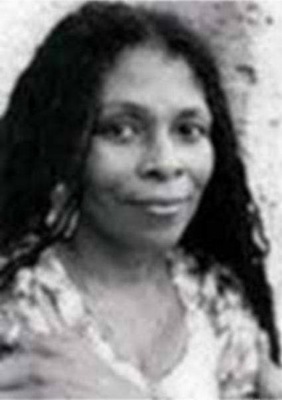 On the 40th anniversary of the cold-blooded murder of a New Jersey state trooper, the fugitive convicted of the killing, Joanne Chesimard, has been named a Most Wanted Terrorist by the FBI—the first woman ever to make the Bureau's list of top terrorists.

The FBI is offering a reward of up to $1,000,000 for information directly leading to the apprehension of Joanne Chesimard.

Chesimard may wear her hair in a variety of styles and dress in African tribal clothing.

Joanne Chesimard is wanted for escaping from prison in Clinton, New Jersey, while serving a life sentence for murder. On May 2, 1973, Chesimard, who was part of a revolutionary extremist organization known as the Black Liberation Army, and two accomplices were stopped for a motor vehicle violation on the New Jersey Turnpike by two troopers with the New Jersey State Police. At the time, Chesimard was wanted for her involvement in several felonies, including bank robbery. Chesimard and her accomplices opened fire on the troopers. One trooper was wounded and the other was shot and killed execution-style at point-blank range. Chesimard fled the scene, but was subsequently apprehended. One of her accomplices was killed in the shoot-out and the other was also apprehended and remains in jail.

In 1977, Chesimard was found guilty of first degree murder, assault and battery of a police officer, assault with a dangerous weapon, assault with intent to kill, illegal possession of a weapon, and armed robbery. She was sentenced to life in prison. On November 2, 1979, Chesimard escaped from prison and lived underground before being located in Cuba in 1984. She is thought to currently still be living in Cuba.