Officials from the FBI and the New Jersey State Police made the announcement this morning during a press conference, noting that the FBI is offering a reward of up to $1 million for information leading to the apprehension of Chesimard, who is believed to be living in Cuba under political asylum. Additionally, the state of New Jersey is offering an independent reward of up to $1 million, bringing the total maximum reward to $2 million. 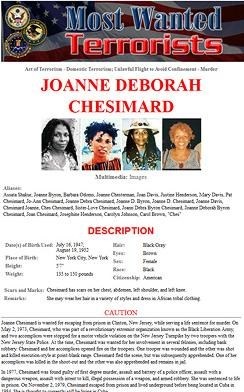 “Joanne Chesimard is a domestic terrorist who murdered a law enforcement officer execution-style,” said Aaron Ford, special agent in charge of our Newark Division. “Today, on the anniversary of Trooper Werner Foerster’s death, we want the public to know that we will not rest until this fugitive is brought to justice.”

“This case is just as important today as it was when it happened 40 years ago,” added Mike Rinaldi, a lieutenant in the New Jersey State Police and member of our Joint Terrorism Task Force (JTTF) in Newark. “Bringing Joanne Chesimard back here to face justice is still a top priority,” he said.

On May 2, 1973, Chesimard and a pair of accomplices were stopped by two troopers for a motor vehicle violation on the New Jersey Turnpike. At the time, Chesimard—a member of the violent revolutionary activist organization known as the Black Liberation Army—was wanted for her involvement in several felonies, including bank robbery.

Chesimard and her accomplices opened fire on the troopers. One officer was wounded, and his partner—Trooper Foerster—was shot and killed at point-blank range. One of Chesimard’s accomplices was killed in the shootout and the other was arrested and remains in jail.

Chesimard fled but was apprehended. In 1977, she was found guilty of first-degree murder, armed robbery, and other crimes and was sentenced to life in prison. Less than two years later, she escaped from prison and lived underground before surfacing in Cuba in 1984.

In addition to being the first woman named as a Most Wanted Terrorist, Chesimard is only the second domestic terrorist to be added to the list.

“This crime was always considered an act of domestic terrorism,” said Rinaldi, who has been working the case for six years with other members of the JTTF. In the late 1960s and early 1970s, he explained, the Black Liberation Army was a “radical left wing terror group that felt justified killing law enforcement officers. Throughout the ‘70s,” Rinaldi added, “this group conducted assaults on police stations and murdered police officers.”

Chesimard’s 1979 escape from prison was well planned, Rinaldi explained. “Armed domestic terrorists gained entry into the facility, neutralized the guards, broke her free, and turned her over to a nearby getaway team.”

Although Chesimard has been granted asylum in Cuba, Rinaldi stressed,“This is an active investigation and will continue as such until Chesimard is apprehended.”

We need your help: If you have any information concerning Joanne Chesimard, who now goes by the name Assata Shakur, please contact your local FBI office or the nearest American Embassy or Consulate.

Note: Joanne Chesimard may have been located since the above information was posted on this website. Please check our Most Wanted Terrorists webpage for up-to-date information. 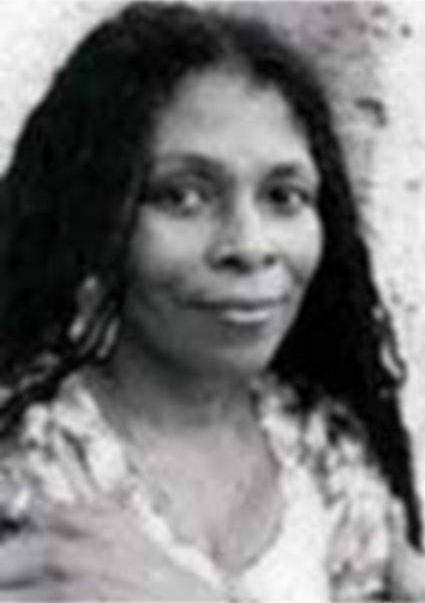 Select the images of suspected terrorists to display more information.

FBI and Leadership: Helping Employees ‘Lead Where They Stand’

Top HR executive talks about the importance of leadership at all levels of the organization.