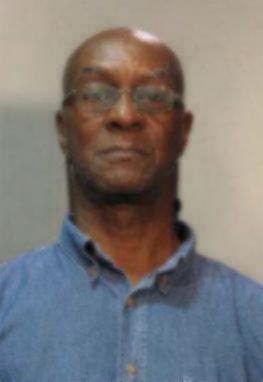 Wright is known to be living in Portugal.

George Edward Wright is wanted for his involvement in a series of crimes dating back to 1962.

On November 23, 1962, Wright and an accomplice, who was arrested, shot and killed the owner of a gas station in Wall, New Jersey, during the commission of a robbery at the business.  On December 13, 1962, Wright was indicted for the murder.  He entered a plea of "no defense", and was sentenced to prison for a period of 15 to 30 years.  Then, on August 22, 1970, Wright escaped from the New Jersey State Prison in Leesburg, New Jersey.  The State of New Jersey issued an arrest warrant for Wright after he was charged with escape and, on August 26, 1970, a federal arrest warrant was issued for Wright in the United States District Court, District of New Jersey, Trenton, New Jersey, after he was charged with unlawful flight to avoid confinement.

On July 31, 1972, Wright, and others who were arrested, hijacked a Delta Airlines jet en route from Detroit, Michigan, to Miami, Florida.  The hijackers used handguns and made threats against the passengers on the plane.  At the time, Wright used the name Reverend Larry Burgess, wore the clothing of a cleric, and carried a Bible.  He used a gun concealed in the Bible to confront the aircraft's pilot and crew.  After a ransom was delivered to the hijackers, the passengers were released in Miami.  The hijackers and the plane's crew then flew to Boston, Massachusetts, refueled, picked up an international navigator, and flew to Algiers.  The plane and ransom were then returned to the United States Government, while the hijackers remained free.

On September 26, 2011, after more than 40 years as a fugitive, Wright was arrested in Portugal.  He was released from custody in October of 2011, and remains in Portugal, where he continues to live.  Wright is the sole hijacker to remain at large.