The first time the Coupon Information Corporation (CIC) called Postal Inspector Jason Thomasson with a tip about a Virginia Beach resident who they believed was making and mailing counterfeit coupons, the center didn’t yet have a sense of the fraud’s scale. Without a loss amount, Thomasson didn’t think he could gather support for an investigation.

A few months later, the CIC, an association of manufacturers that tracks coupon fraud, called back to say they had linked over $125,000 in fakes to the suspected counterfeiter. At that point, Thomasson started asking around the FBI’s Norfolk Office, where he works as a task force officer, for a partner on the investigation. Special Agent Shannon Brill was intrigued. “It was a different type of case,” she said. The pair went to work.

And last month, that counterfeit coupon maker was sentenced to more than 12 years in prison and ordered to pay $31.8 million in restitution to the retailers and manufacturers who suffered losses in her scheme. Brill and Thomasson said that loss number is likely a conservative estimate of what Lori Ann Talens, 41, and her group of criminal couponers were able to steal. 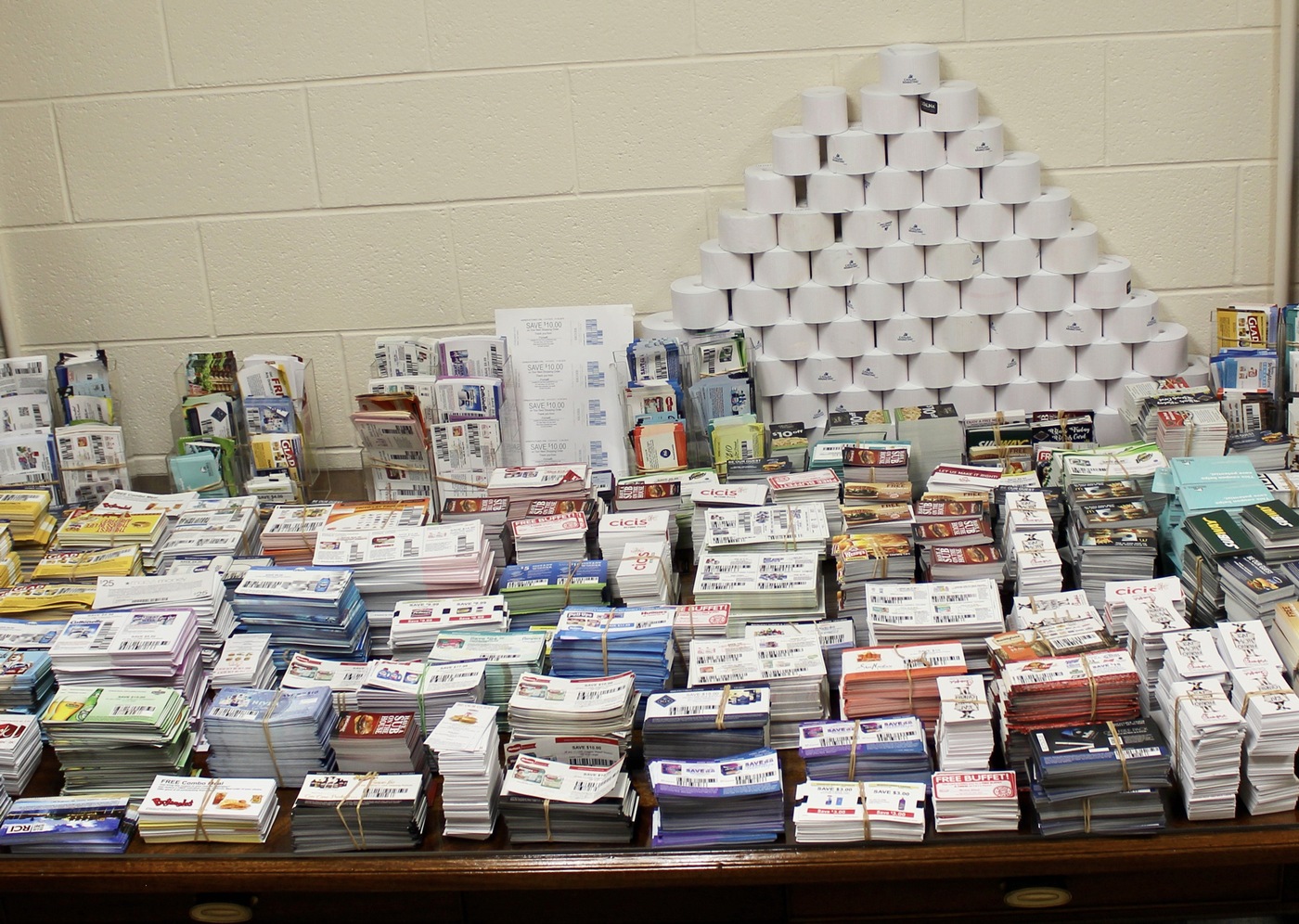 During a search of Lori Ann Talens' home, agents found thousands of counterfeit coupons, rolls of coupon paper, and coupon designs for more than 13,000 products on her computer.

Talens’ husband was also convicted for supporting the scheme and sentenced to 87 months in prison.

For anyone who has casually clipped coupons for $1.50 off shampoo or cat litter, it’s hard to comprehend how fake coupons could add up to those staggering figures. But Brill and Thomasson said it came down to the volume of coupons Talens created and her ability to create fakes that offered deep discounts off of goods.

“She trained herself in the different techniques she needed to manipulate barcodes to make these coupons work,” said Brill. Talens had a background in marketing and strong computer design skills. Brill and Thomasson said she was able to create a coupon for almost any grocery or drug store product and to make it for whatever value off she wanted. Often the discount was near or even over the retail value of the item.

“She had coupons for $24.99 off a $25 box of diapers. And it would work,” said Thomasson. “And you’d have people walking out the door with those diapers for almost nothing.”

The investigators said store cashiers are not asked to question the coupons customers are using. “That’s not their job,” said Brill. If the coupon scanned correctly, the store would honor it, she explained.

“Someone has to eat those losses. It ultimately funnels down to us, the consumers.”

So the fakes would go undiscovered for weeks or even months. Coupons typically travel from local stores to central coupon clearinghouses. The coupon clearinghouses collect them and then bill the product manufacturer for their value. That’s how the retailer gets repaid.

“If the coupons are rejected, if they are counterfeit, then the retailer doesn’t get paid back for them,” said Brill. “But that whole process takes a lot of time. By the time a coupon gets identified as being fraudulent or fake, that coupon has already been used who knows how many times.”

Talens not only regularly used her own coupons, but she sold them to a large group of subscribers who found her through social media groups. Using an encrypted app to communicate with her customers, she only allowed in new members if they were referred by an existing member of the group. Each new buyer had to send a copy of their ID and provide evidence that they had used counterfeit coupons before—a way of making sure her buyers accepted some amount of risk in the scheme. Talens accepted payment through popular payment applications or by virtual currency and sometimes exchanged coupons for stolen rolls of the special paper stores use to print out coupons.

Over three years, Talens was paid about $400,000 by her subscribers; the agents credit a diligent FBI forensic accountant for painstakingly tracing thousands of transactions through payment apps and virtual currency wallets.

With the profits, she paid for high-end home renovations, including a new kitchen, sunroom, and in-ground swimming pool. Her family also took trips, shopped, and dined out while paying little or nothing for the things they consumed.

Investigators said that when they served the search warrant, they found fake coupons—worth more than $1 million—in every crevice of the house. “There were coupons in every jacket pocket; they were stuffed in her vehicles,” said Thomasson. They also found designs on Talens’ computer that allowed her to create coupons for more than 13,000 products.

While coupon fraud may sound like an insignificant crime, it creates painful ripples through the economy. “Someone has to eat those losses,” said Thomasson. “It ultimately funnels down to us, the consumers.”

“Anyone who buys anything will pay for those crimes,” echoed Brill. She also wants people to understand there is a real risk in trying to cheat stores and product manufacturers with fake coupons, and those risks extend beyond the person running the scheme. Brill and Thomasson said the Talens investigation is not closed out, and those who participated in her group or engage in similar schemes should not be surprised if they hear from investigators.

How to Avoid Counterfeit Coupons

As drug overdose deaths hit a new high in the United States, the FBI and its JCODE partners continue to target the darknet vendors who make dangerous drugs accessible at a click.

After leaving the FBI to work with a private cyber incident response firm, Special Agent Brett Yeager felt drawn to return to the FBI and its cyber mission.