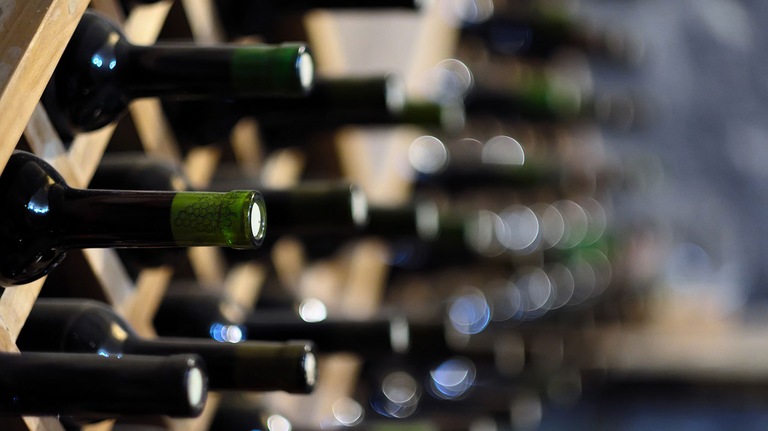 In 1980, a California man named John E. Fox opened a wine store near San Francisco called Premier Cru. More than a decade later, when the business was struggling financially, Fox devised a way to make a lot of money—all at his customers’ expense.

What transpired on and off during the next two decades was a massive Ponzi scheme: Fox sold millions of dollars of “phantom” wine that only existed on paper and then used some of the proceeds to pay back previous customers who had invested in his fictitious wine futures.

Fox, of course, took millions of dollars for himself, living a lavish lifestyle that included memberships to private golf clubs and buying and leasing expensive vehicles such as Ferraris and a Maserati. He also used his ill-gotten gains to pay for a variety of other personal expenses, not least of which was nearly $1 million on women he met online.

“He had a pretty lucrative scheme going for a time,” said Special Agent Scott Medearis, who investigated the case from the FBI’s San Francisco Division. “Like all Ponzi schemes, though, it was destined to fail, but not before his victims lost pretty much everything.”

In the 1990s, Fox began selling “pre-arrival wine” to customers around the country and overseas. He might sell a $100 bottle yet to be produced by a French vineyard that he led people to believe would be worth much more when they took delivery a few years later.

“His customers thought they were getting wine futures,” Medearis said, “fancy wine at a good deal.” Fox was clever, choosing certain wines because he knew they would sell well. “He put thought into what he would offer,” Medearis explained. “Not the rarest wines, because savvy customers would know there wasn’t that much available.”

Fox conducted legitimate business as well, but if he had 10 cases of a certain wine in his inventory, he might bump that inventory to 30 cases on paper and sell the 20 phantom cases as pre-arrivals.

“He did that off and on when he got into tight spots to generate cash,” Medearis said. “Instead of doing the right thing and closing up shop when the business was no longer viable, he invented inventory he didn’t have.” Just in the years 2010 to 2015, Fox acknowledged that he sold or attempted to sell approximately $20 million worth of phantom wine.

In time, customers complained to law enforcement when they didn’t get their wine or their money back. When Fox heard rumors that the FBI had begun an investigation into his business practices, he declared bankruptcy, listing about 9,000 people he owed money to. That didn’t protect him from the Bureau’s criminal investigation, however, and in June 2016, he was charged with wire fraud.

Two months later, after Fox had already begun cooperating with investigators to provide the details of his long-running scam, he pleaded guilty to the charges against him. “Without the knowledge in his head,” Medearis said, “it would have taken us years to unravel the extent of the fraud.”

In December 2016, a federal judge sentenced Fox to 78 months in prison. Medearis is satisfied that justice was done, although he understands the frustration and betrayal felt by Fox’s many victims. “One victim in Hong Kong lost $1 million,” he said. “Another victim invested some of his retirement money and lost it. One father just wanted a great wine to serve at his daughter’s wedding, and, of course, that never happened.”

“Instead of doing the right thing and closing up shop when the business was no longer viable, he invented inventory he didn’t have.”

A woman who lost $2 million to a con artist who she fell in love with online shares her story in the hopes that others might avoid falling victim to this type of crime.