Making It Easier to Find Fugitives and Missing Persons 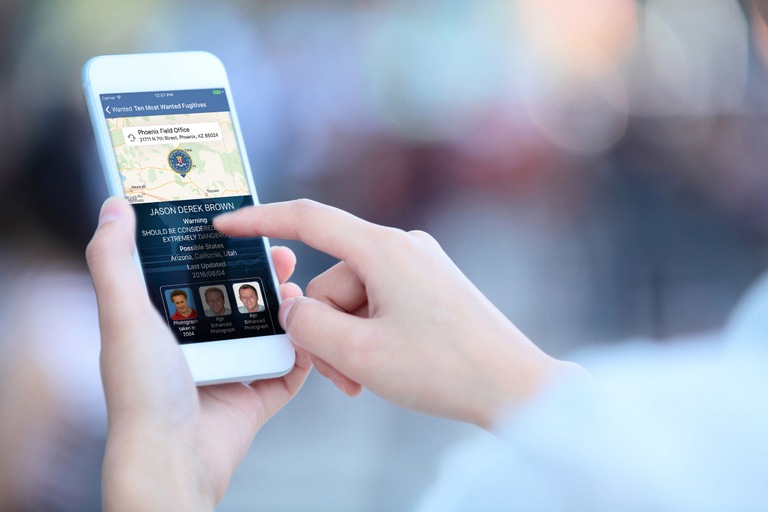 You’re watching your local news on TV when you see a story on a wanted fugitive in your community. The person looks like someone you’ve seen living a few blocks away. You grab your cell phone, open the FBI Wanted app, search your city name, and quickly locate the individual’s profile with additional pictures and information. The similarity is striking. So you tap the “Call the FBI” button in the app and report what you know.

This situation illustrates exactly the kind of technology-driven crime fighting that is now possible—thanks to a new FBI Wanted mobile application launching today.

The app allows the public to view, search, sort, filter, and bookmark the full range of information issued by the FBI. That includes pictures and descriptions of wanted fugitives, missing persons, crime suspects, deceased victims, and others the Bureau is seeking to locate or identify.

The app is free and works on Apple and Android devices, including smartphones, iPads, and iPods. Depending on your device, it can be downloaded from the Apple App store or Google Play.

“Since the earliest days of the Bureau—when wanted flyers were tacked to post office walls—the public has played a vital role in helping the FBI and its partners locate criminals on the run and solving cases of all kinds,” says Christopher Allen, head of the Investigative Publicity and Public Affairs Unit in the FBI’s Office of Public Affairs. “This app is designed to put another digital tool in the hands of concerned citizens so they can help protect their families and communities.”

The information in the app is also posted on the FBI website, but the app includes several features and capabilities that make it especially fast and easy to use. For example, with the app you can:

Along with the TV news scenario described above, the app could be useful in a number of situations. You might see someone who is acting in a suspicious or dangerous manner and wish to determine whether that person is wanted by the FBI. Or you might be interested in which cases the Bureau needs help with in your area.

FBI Wanted is the third mobile app built by the Bureau. The Child ID app, introduced in 2011, allows parents to electronically store their children’s pictures and vital information in case their kids go missing; it has been downloaded nearly 350,000 times. The FBI Bank Robbers app was launched in August 2016, publicizing unknown violent and serial robbers sought by the Bureau.

“Thousands of cases have been solved over the years thanks to the watchful eyes of concerned citizens, and that has made the country a safer place for all of us,” said Allen. “The FBI Wanted app will help carry on this tradition of partnership. We encourage everyone to download it and report any pertinent tips to the FBI.”

The new FBI Wanted app provides a range of search and filtering options to browse information and locate specific individuals or cases. The app enables you to:

Since 1996—when the FBI began posting wanted flyers on its new website—the Bureau has used a number of digital technologies to enlist the public’s help in locating and identifying various individuals. These tools include:

“Thousands of cases have been solved over the years thanks to the watchful eyes of concerned citizens, and that has made the country a safer place for all of us. The FBI Wanted app will help carry on this tradition of partnership.” 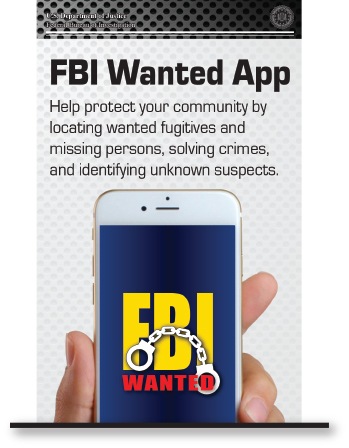 A California businessman’s long-running scheme involving fictitious wine futures resulted in thousands of victims in the U.S. and overseas losing millions of dollars.

Brad Brekke, former head of the FBI's Office of Private Sector, explains how the Bureau is working to build partnerships and enhance information-sharing efforts with U.S. businesses to thwart a variety of threats.