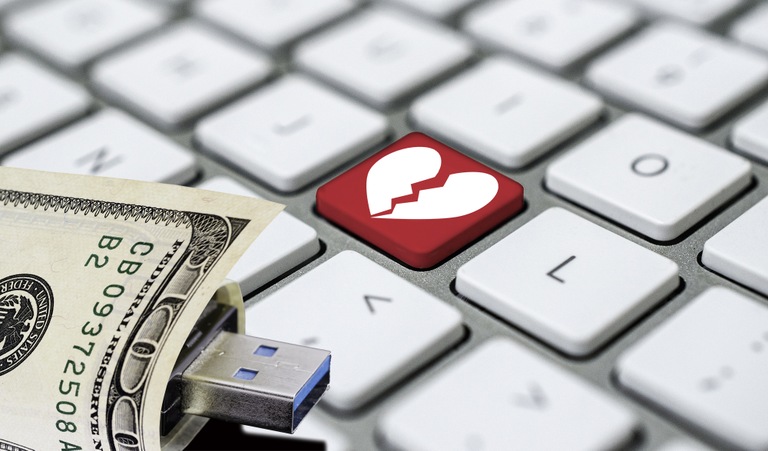 They met online. He said he was a friend of a friend. The woman, in her 50s and struggling in her marriage, was happy to find someone to chat with. “He was saying all the right things,” she remembered. “He was interested in me. He was interested in getting to know me better. He was very positive, and I felt like there was a real connection there.”

That connection would end up costing the woman $2 million and an untold amount of heartache after the man she fell in love with—whom she never met in person—took her for every cent she had.

It’s called a romance scam, and this devastating Internet crime is on the rise. Victims—predominantly older widowed or divorced women targeted by criminal groups usually from Nigeria—are, for the most part, computer literate and educated. But they are also emotionally vulnerable. And con artists know exactly how to exploit that vulnerability because potential victims freely post details about their lives and personalities on dating and social media sites.

Trolling for victims online “is like throwing a fishing line,” said Special Agent Christine Beining, a veteran financial fraud investigator in the FBI’s Houston Division who has seen a substantial increase in the number of romance scam cases. “The Internet makes this type of crime easy because you can pretend to be anybody you want to be. You can be anywhere in the world and victimize people,” she said. “The perpetrators will reach out to a lot of people on various networking sites to find somebody who may be a good target. Then they use what the victims have on their profile pages and try to work those relationships and see which ones develop.”

“The Internet makes this type of crime easy because you can pretend to be anybody you want to be.”

In the case of the Texas woman who lost everything, it was her strong Christian faith—which she happily publicized on her Facebook profile—that gave “Charlie” an incredible advantage when he began courting her.

“I’m very active on Facebook,” said the woman, who agreed to share her story in the hopes that others might avoid becoming victims. “I thought it was safe.” After she friended Charlie—without verifying his bogus claim that they had a mutual friend—“he would read my wall, I would read his wall. We would post things, he would like things. Then it got to where we would share e-mails. We started sharing pictures.”

According to Beining, this is standard operating procedure for romance scammers, who assume other people’s identities to trick their victims. “They make themselves out to be average-looking people,” she said. “They are generally not trying to build themselves up too high.”

The scammer’s intention is to establish a relationship as quickly as possible, endear himself to the victim, gain trust, and propose marriage. He will make plans to meet in person, but that will never happen. Eventually, he will ask for money.

According to the FBI’s Internet Crime Complaint Center (IC3), which provides the public with a means of reporting Internet-facilitated crimes, romance scams—also called confidence fraud—result in the highest amount of financial losses to victims when compared to other online crimes. 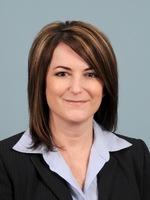 In 2016, almost 15,000 complaints categorized as romance scams or confidence fraud were reported to IC3 (nearly 2,500 more than the previous year), and the losses associated with those complaints exceeded $230 million. The states with the highest numbers of victims were California, Texas, Florida, New York, and Pennsylvania. In Texas last year, the IC3 received more than 1,000 complaints from victims reporting more than $16 million in losses related to romance scams.

‘I was Looking for Happiness’

When she first encountered Charlie in 2014, the Texas woman recalled, “I was in an emotionally abusive marriage, and things had not been good for probably at least 10 years.” Her new online friend seemed to come along at just the right time. “I was looking for happiness,” she said. “I thought I could find that with Charlie.”

Romance scammers often say they are in the building and construction industry and are engaged in projects outside the U.S. That makes it easier to avoid meeting in person—and more plausible when they ask their victims for help. They will suddenly need money for a medical emergency or unexpected legal fee. “They promise to repay the loan immediately,” Beining said, “but the victims never get their money back.”

Charlie claimed to be in the construction field. “He was trying to finish up a job in California,” the woman said, “and he needed some money to help finish the job. I thought about it long and hard. I prayed about it. I’ve always been a very giving person, and I figured if I had money … I could send him some [money]. And he promised to have it back within 24 to 48 hours. I thought, ‘I could do that.’ It was kind of a statement of faith, too.”

She wired him $30,000. A day passed and then another, and she didn’t get her money back. “I still thought everything was okay,” she said, “just that he was the victim of some bad luck.” And then Charlie needed another $30,000.

For the next two years, the woman believed Charlie’s stories after each new request for funds. Everything he said made sense, and, after all, they were in love. Eventually, the woman’s financial adviser became alarmed about her steadily dwindling accounts and, suspecting fraud, urged her to contact the FBI.

The subsequent investigation led by Beining resulted in the arrest of two Nigerians posing as South African diplomats who had come to the U.S. to collect money from the woman on behalf of Charlie, who claimed he was paid $42 million for a construction project he completed in South Africa. The woman believed she would be paying to have the money—including the repayment of her $2 million—transferred to the U.S. from South Africa, where Charlie was still supposedly working.

In July 2016, the two Nigerian co-conspirators pleaded guilty in connection with their roles in the scam, and a federal judge sentenced them each to 36 months in prison last December. But Charlie is still at large, presumably in Nigeria, and there may be little hope of bringing him to justice.

“This is a very difficult crime to prove,” Beining said. “When someone is using a computer to hide behind, the hardest thing to find out is who they are. We can find out where in the world their computer is being used. It’s identifying who they actually are that’s the hard part. That is why this individual remains a fugitive.”

It also explains why romance scams are on the rise: It’s a lucrative and easy crime to commit, and easier still to remain anonymous and beyond the reach of authorities. “It’s not like going in a bank and holding a gun to the teller,” Beining explained, “because there are so many leads that you provide law enforcement when you do that. Even if you are able to get out of the bank, we can probably find out who you are and track you down. But with an Internet crime like this, it’s much more difficult.”

As for the Texas woman, she came forward “because I don’t want this to happen to anybody else. I not only invested money in this man but there is a big, huge piece of my heart that I invested in him,” she said. “It’s not just the finances, it’s the emotional part, too—being embarrassed, being ashamed, being humiliated.”

“I don’t want this to happen to anybody else. I not only invested money in this man but there is a big, huge piece of my heart that I invested in him.”

Even now, though, she remains conflicted. A part of her still wants to believe that Charlie is real and that their relationship was real—that the e-mail exchanges about church and the phone calls when they sang together and prayed together meant as much to him as they did to her. She even holds out hope that one day Charlie will repay her, as he promised to do so many times.

Otherwise, there is no doubt that he is a heartless criminal who robbed her and broke her heart—and who is almost certainly continuing to victimize other women in the same way.

The criminals who carry out romance scams are experts at what they do. They spend hours honing their skills and sometimes keep journals on their victims to better understand how to manipulate and exploit them.

“Behind the veil of romance, it’s a criminal enterprise like any other,” said Special Agent Christine Beining. “And once a victim becomes a victim, in that they send money, they will often be placed on what’s called a ‘sucker list,’ ” she said. “Their names and identities are shared with other criminals, and they may be targeted in the future.”

To stay safe online, be careful what you post, because scammers can use that information against you. Always use reputable websites, but assume that con artists are trolling even the most reputable dating and social media sites. If you develop a romantic relationship with someone you meet online, consider the following:

If you suspect an online relationship is a scam, stop all contact immediately. And if you are the victim of a romance scam, file a complaint with the FBI’s Internet Crime Complaint Center.

A California church pastor is behind bars for his role a long-running scheme that amassed nearly $3 million in illegal fees from distressed homeowners.

A California businessman’s long-running scheme involving fictitious wine futures resulted in thousands of victims in the U.S. and overseas losing millions of dollars.