The women seemingly had little in common. One was just a teenager. Another was a local bartender. One was a 30-year-old mechanic. The fourth was a young mother.

But their lives appear to have ended in the same place—a rural field off a dirt road in League City, Texas, between Houston and Galveston. It was a desolate space, dotted by little more than oil rigs and dirt roads. If they cried for help, it’s unlikely anyone heard.

Years after finding the four bodies in that field near Calder Road—part of an area that became known as “the Killing Fields”—investigators are still trying to find the murderer(s).

“It’s important for the public to know that we have not given up. It may be labeled a cold case, but that doesn’t mean it’s sitting on a shelf and isn’t being worked,” said Special Agent Richard Rennison, who has worked the Calder Road killings case out of the FBI’s Houston Field Office, Texas City Resident Agency, for more than a decade. “It’s being worked actively at the FBI and actively at the League City Police Department.”

In 1983, a young bartender named Heidi Fye went missing in League City. A few months after her disappearance, her body was discovered in that rural field.

A year later, 16-year-old Laura Miller disappeared, just after she’d moved with her family to League City. She’d gone to a nearby store to use a payphone and never returned. In 1986, Miller’s body was found in the same field, not far from where Fye’s had been.

During the search for Miller, police made a gruesome discovery—a third body. But police had no leads as to who the unidentified woman was, so she became known as Jane Doe. In 1991, passersby discovered a fourth body, known at that time as Janet Doe.

While Fye and Miller were positively identified through dental records, limited scientific options at that time meant that Jane Doe and Janet Doe would remain unknown for more than 20 years—until just a few months ago.

While the League City Police Department remains the lead agency, the FBI has brought significant resources to the cases. The FBI Laboratory has examined evidence, and the FBI’s behavioral experts created a profile of a possible killer.

And although leads have come and gone, the murders remain unsolved. There are no known witnesses to any of the killings, and no common person connects all four.

To date, the signs point to one killer, although multiple killers can’t be ruled out. Given the nature of the area where the bodies were found, it was likely someone with roots in the area. Someone would have known those fields were a good place to leave a body, Rennison explained.

Investigators have scoured missing-persons databases and appealed to the public for tips. But with each passing year, the case gets tougher to crack.

“With that much time going by, people lose their memories,” Rennison said. “People pass away. People just simply forget. It’s hard to remember significant details from that long ago.”

For Rennison, the cases are personal. He’s from the area and started his career with the League City Police Department in 1993, not long after the fourth body was found. As a detective, he assisted in the investigation.

Rennison later joined the FBI and became the case agent for these killings in 2005. He has been involved in the case in some way ever since, either as the case agent or supervisor.

While leads have dwindled over the years, science and technology have advanced. In January 2019, Rennison received a call that breathed new life into this cold case—the identification of Jane Doe and Janet Doe.

Jane Doe, found in 1986, was Audrey Lee Cook. Cook had worked as a mechanic and lived in the Houston, Channelview, and Heights areas of Texas. She was last seen in December 1985.

Janet Doe, who was found in 1991, was identified as Donna Gonsoulin Prudhomme.

Knowing the names of the women has given Rennison and the local police something to work with. They’re contacting neighbors and friends and reviewing police records from that time.

A key part of the investigation is appealing to the public for help. Rennison and local police need to talk to anyone who can provide additional information. Details as simple as where the women worked or the names of friends who haven’t been interviewed could be key to solving these murders.

The Victims and Families 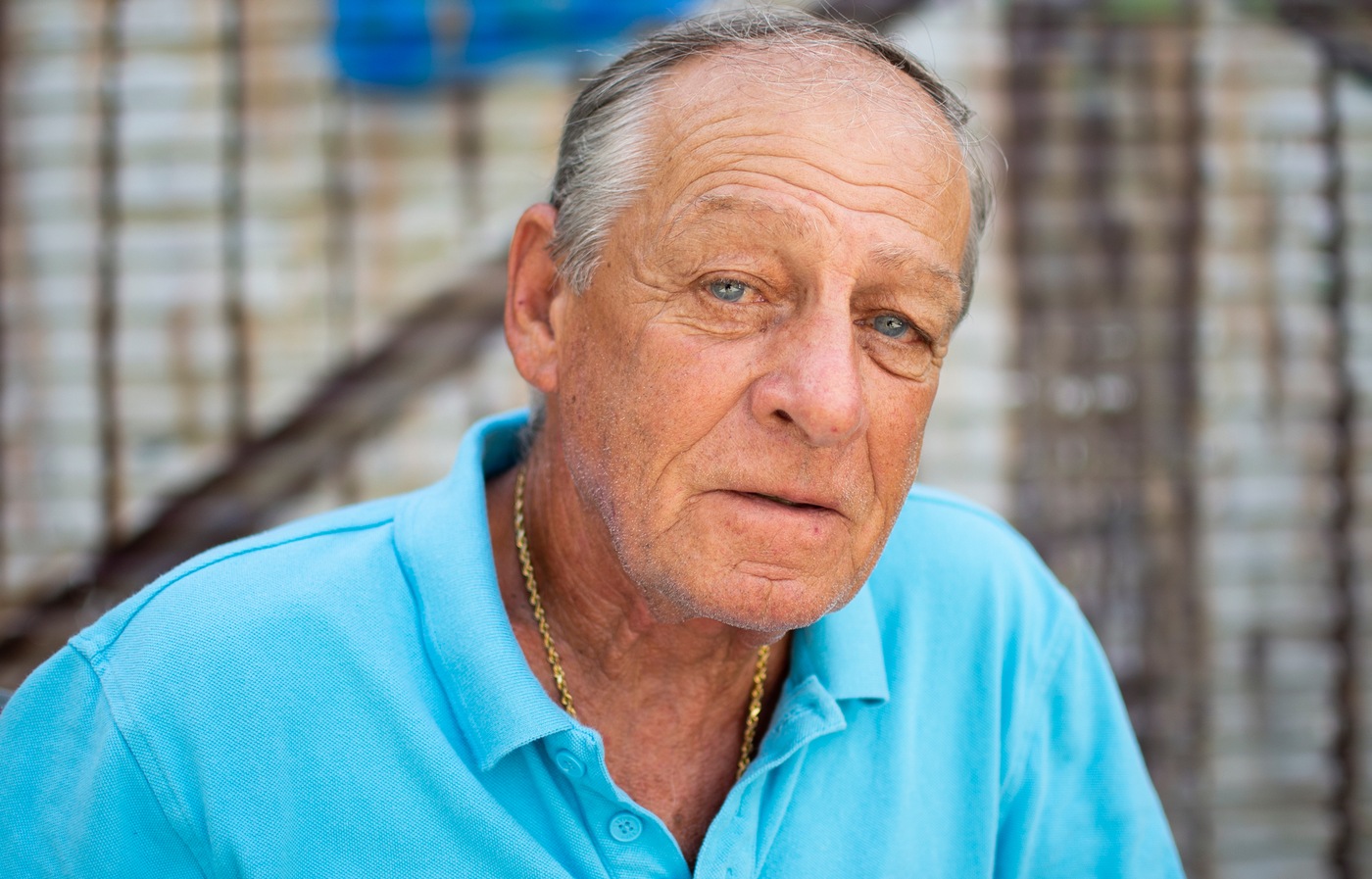 Tim Miller’s 16-year-old daughter Laura was a musically gifted teenager who had lots of dreams, her father said. But high school became challenging to her after she began to have debilitating seizures. She  missed school, had to leave the choir, and struggled socially.

After her family moved to League City, Laura asked if she could go to a payphone to call her boyfriend since her family’s phone was not yet connected. On September 10, 1984, her mother drove her to the payphone, and Laura planned to walk the half-mile back home.

When her parents and her boyfriend arrived at the house later that day, Laura was not there. At the time, police considered her a runaway and assured the Millers she would call home.

But as months passed, it was clear Laura was not coming home. Tim Miller began researching similar murders in the area, even conducting his own searches.

“I knew in my heart that Laura wasn’t coming home alive. I was afraid she was never going to be located,” he said.

More than a year after her disappearance, Laura’s body was found.

Helping families with a missing loved one became Miller’s life work. He now runs Texas EquuSearch, a Texas-based non-profit that searches for missing people. He says his organization has found more than 250 bodies all over the world and has recovered living missing people as well.

Miller recalls being contacted by a mother whose teenage daughter had gone missing. He saw the same anguish in her eyes that he felt when Laura was missing.

“I said, ‘My God, that’s how I had to look for 17 months,’ and at that moment, I made a promise to God that I would never leave a family alone,” he said.

While the Millers waited 17 months, Dianne Gonsoulin-Hastings waited more than 30 years to find out what happened to her sister Donna, who Dianne describes as “a beautiful woman and mother” who loved to cook Cajun food and go fishing. 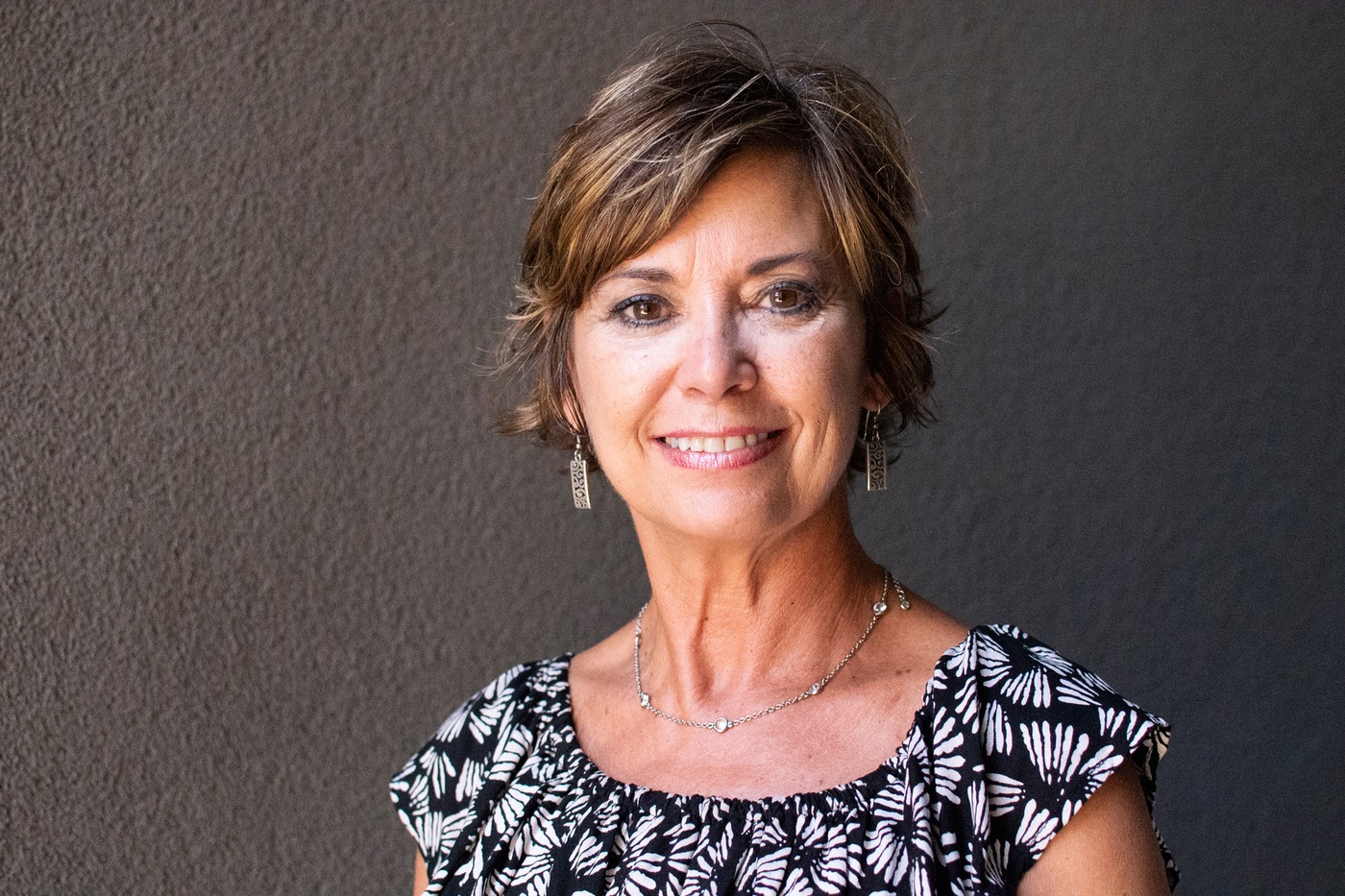 Donna Gonsoulin Prudhomme was one of six children. She grew up and lived most of her life in the Port Arthur area of Texas. She married and had two sons, but when her husband became abusive, she was forced to leave with her children, according to her sister.

“She had a pretty tough life, but she loved her children so much, and, you know, we all just do the best we can with what we have,” Gonsoulin-Hastings said.

By the late 1980s, Donna was in a new relationship and raising her sons. Donna kept in touch with her family, and Gonsoulin-Hastings thought her sister seemed happy.

But after that relationship ended, Donna fell on hard times. She took her children to their grandmother’s house and moved to Clear Lake, Texas, to try to rebuild her life and one day take her children back, her sister said.

Gonsoulin-Hastings and her family made numerous attempts to find Donna throughout the years she was missing, through letters and reaching out to her friends. They worked with investigators and prayed for her return. As technology evolved, they also used the Internet to try to find her.

But the years went by without word from Donna. Her sons grew up, missing their mother. Her older son was paralyzed in a serious car accident and asked his aunt about his mother every time he saw her. He died before Donna’s remains were identified.

In 2008, Gonsoulin-Hastings worked with a private investigator in a “last ditch” effort to find her sister.

“There’s not a trace, and he said you have two choices—you can believe she’s no longer with us or that she started a new, good life,” Gonsoulin-Hastings said. “I couldn’t believe that [Donna had run away]. I just kept saying, ‘But she loved her kids.’ ”

Earlier this year, Gonsoulin-Hastings received an unexpected phone call—her sister’s remains had been identified. The body that had been found in the Killing Fields in 1991, previously known as Janet Doe, was Donna’s.

For the family, it meant some closure to their pain. In May, they finally held a funeral for Donna in her native Port Arthur.

Gonsoulin-Hastings has read everything she can about her sister’s murder and the murders of other women in the area, but she is mostly focused on moving forward.

“For me, I just can’t get into the justice part of it, because for me, it’s about healing our family,” she said.

The area around the fields has developed considerably since the 1980s and 1990s. It now has a paved road and is across the street from a housing development. A local church owns the land, and church and community members have created a peaceful memorial to the four women. Each woman has her own marker decorated with their photos, names, and mementos.

“We really claimed that area. We’re changing the name of that place from the Killing Fields to the Healing Fields,” Miller said. “We’re actually going to build a little park there. We’ve got some plans.”

As for Rennison, these are the only cold cases he’s worked that remain unsolved. As he gets closer to retirement age, Rennison hopes to bring closure to these cases as well, both for the victims’ families and the community.

“Anything anyone in the public knows, no matter how small they think it is, we really want them to come forward, because it may be very significant to us,” Rennison said.

If you have any information on these cases, visit tips.fbi.gov or call your local FBI field office. 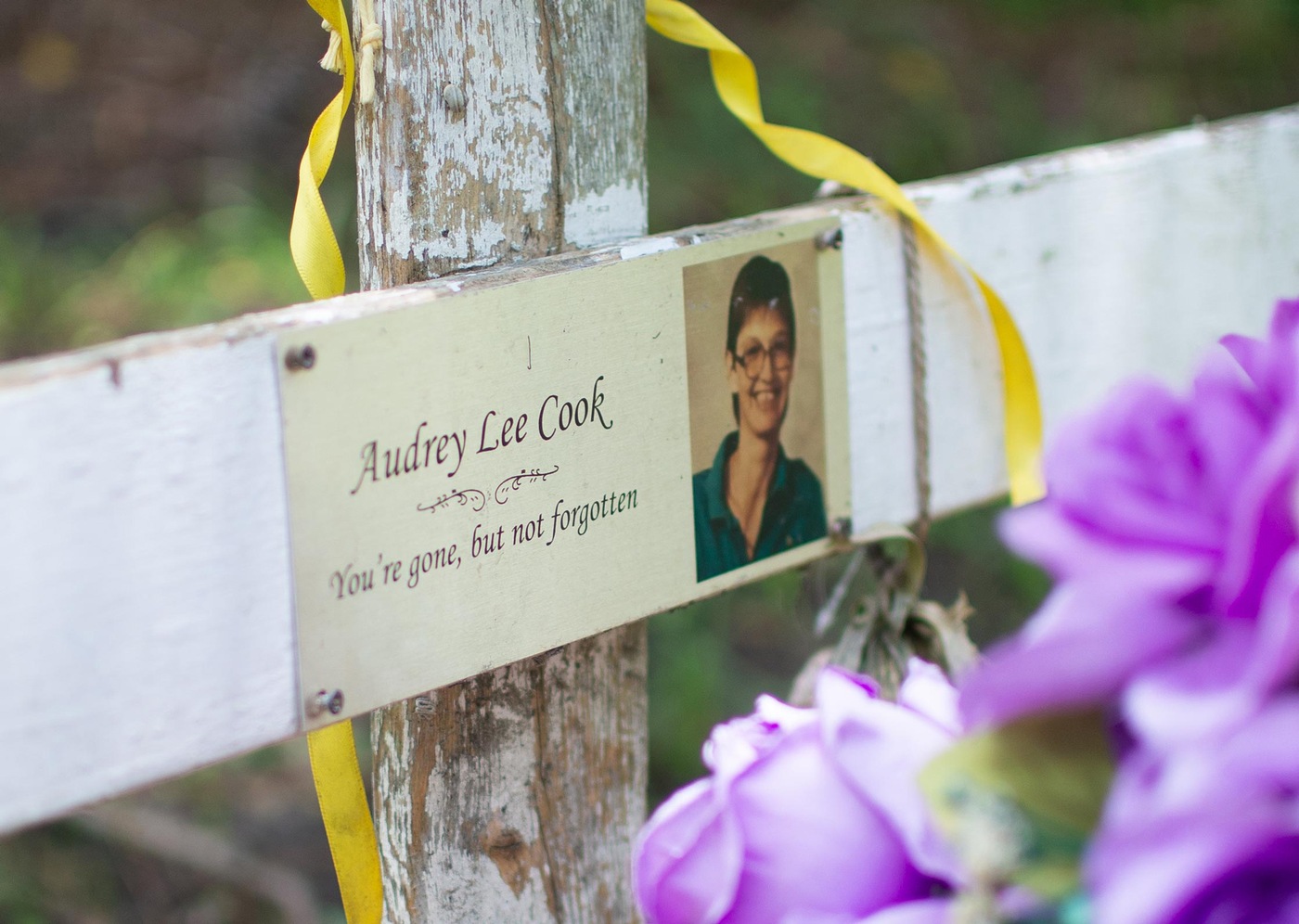 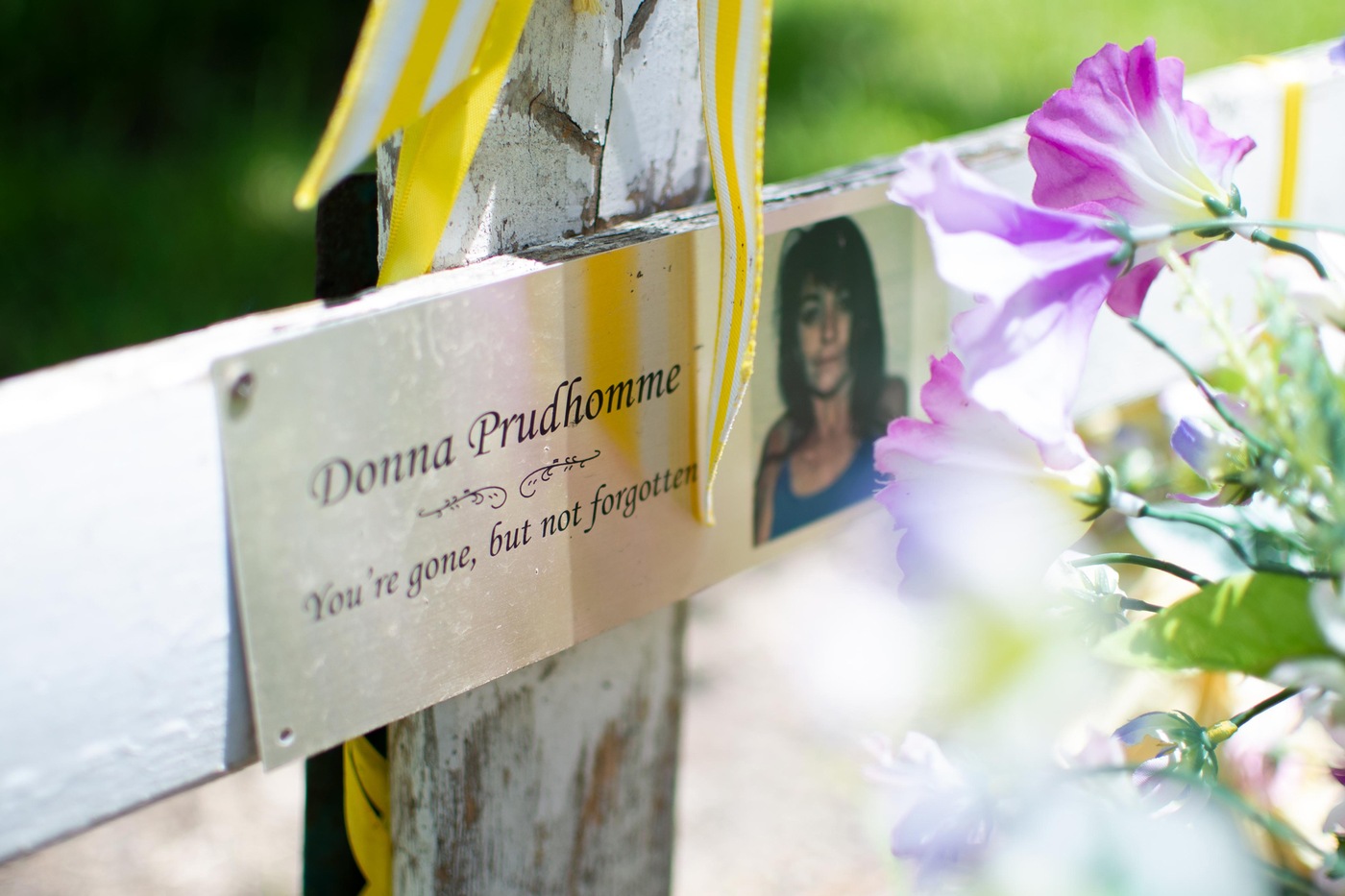 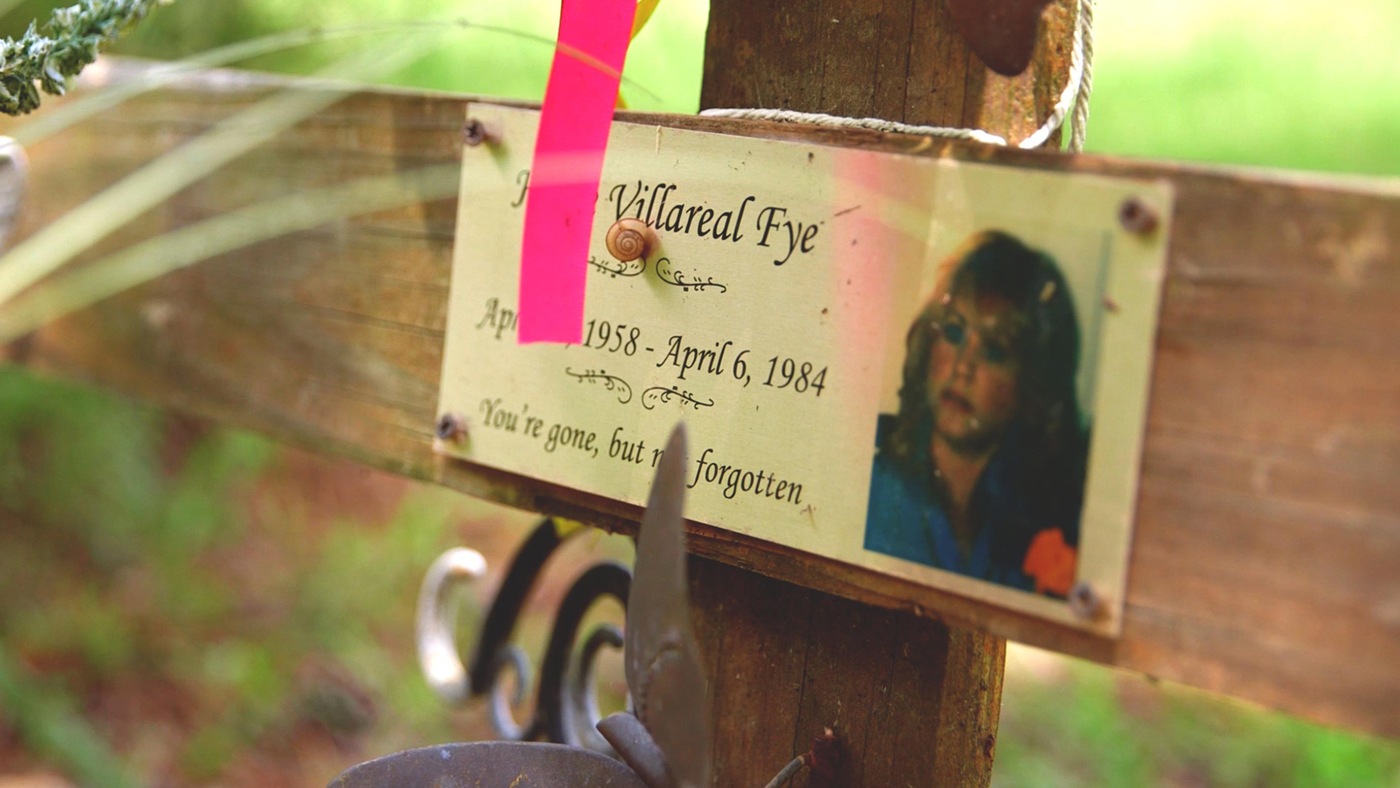 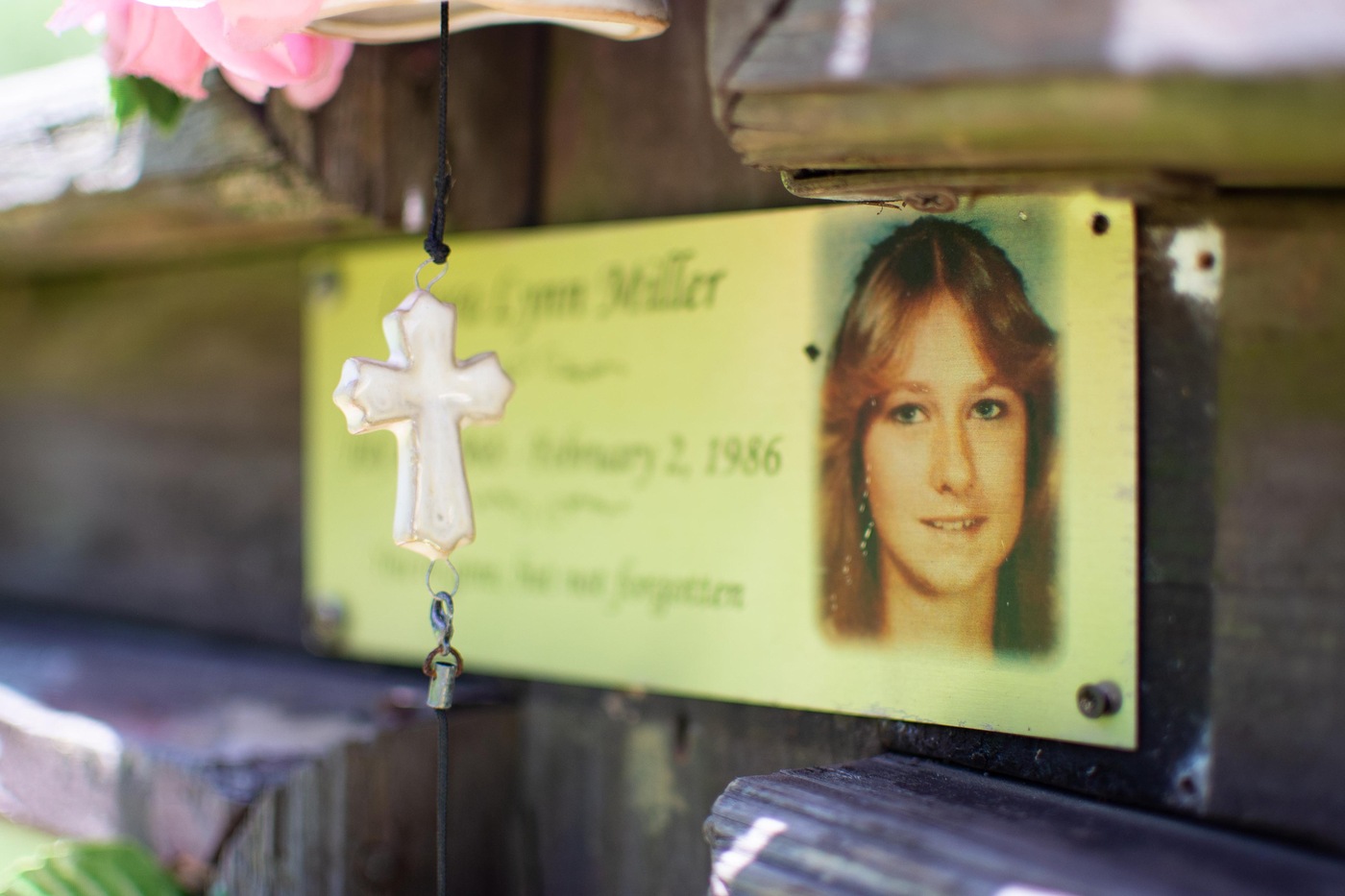 Advancements in fingerprint technology helped the FBI and state law enforcement partners find and bring to justice a man who kidnapped and sexually assaulted a young girl in Pennsylvania two decades ago.