From Lavish Lifestyle to Prison 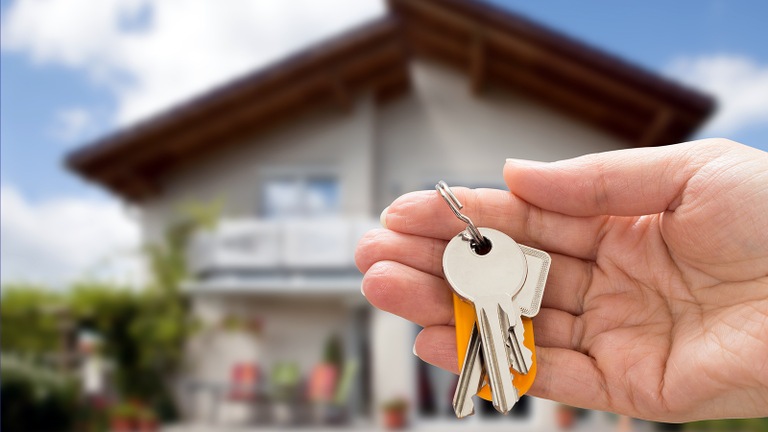 With hundreds of pages of paperwork and thousands of dollars on the line, getting a mortgage can be a complex and intimidating transaction for homebuyers, who often depend on experts to get them through the process.

Unfortunately for some mortgage applicants in Western Pennsylvania, dishonest real estate professionals took advantage of that trust with fraudulent practices.

As the real estate market boomed before the 2008 crash, Pittsburgh-based Century III Home Equity was a successful brokerage, closing an estimated $100 million in loans annually. As a broker, the company acted as a middleman between the mortgage applicant and the lender, but the company’s employees manipulated both sides to enrich themselves. The owner—James Nassida, IV—and his loan officers misleadingly sold customers mortgage products that were not always appropriate for their financial situation but racked up the most fees. The brokerage also fooled lenders by lying about applicants, doing things such as inflating income, misrepresenting home values, or not disclosing that down payments were actually borrowed money.

“There was massive fraud here. They were not looking out for their borrowers; they were looking out for themselves,” said Special Agent Neal Caldwell of the FBI’s Pittsburgh Division, who investigated the case with the U.S. Secret Service as part of the Western Pennsylvania Mortgage Fraud Task Force. The task force, which came together in 2008, looked holistically at the mortgage fraud threat throughout the Pittsburgh area as part of a multi-agency team involving the U.S. Attorney’s Office, FBI, IRS Criminal Investigations, U.S. Secret Service, U.S. Postal Inspection Service, and others, including state agencies. The task force’s work over a 10-year period led to 140 convictions, ranking the Western District of Pennsylvania as one of the most successful districts in the country in prosecuting mortgage fraud.

Nassida required his employees to do whatever it took to close a loan, even if it was dishonest or illegal. In many cases, the company would sell a borrower a loan with a temporary minimum payment option, designed for those with seasonal or fluctuating income, without fully disclosing the terms. In actuality, the temporary minimum payment didn't even cover all of the interest each month, causing the loan to “negatively amortize,” or actually increase the balance of the loan. While some customers, such as house flippers, understood these products, others found them disastrous financially when they were not fully informed of the consequences of paying the lower amount over a longer period of time. This was especially difficult for borrowers once the housing market crashed in 2008—they could no longer rely on a consistent increase in their home values to keep them from going “underwater,” or owing more than their homes were worth.

“This is a consumer crime as much as anything,” said Caldwell. “For a lot of these families, their mortgages were sold on the secondary market, so the new lender was not always willing to adjust the terms of the loan they were fraudulently sold. Some victims are delinquent and are at risk of losing their homes.”

The sky-high fees enriched Nassida, who owned a $1.3 million home, a vacation home, and various high-end cars. Some of his successful loan officers, who also made hefty commissions, started their own brokerages.

Law enforcement had been looking into suspect mortgage brokers and real estate professionals around the region prior to the formation of the task force, but the coordinated efforts of the task force in running down leads, following paper trails, executing search warrants, and developing cooperating witnesses led investigators to uncovering the fraud at Century III.

With the expertise on mortgage fraud the team had developed over years of investigating these cases, task force members learned to spot loan documents that were most likely to be fraudulent and focused resources on those loans, including tracking down and interviewing those victim borrowers.

“The more we looked into it, the more we realized this crime was not subtle. It was blatant fraud, and we used the tried and true approach when dealing with any criminal enterprise,” Caldwell said. “With so many people in on it, someone’s going to talk. You gather the intelligence and you identify someone to approach who has the access or knowledge of the crime and is likely to cooperate with the investigation."

Nassida pleaded guilty to conspiracy to commit bank and wire fraud last year, and in January, he was sentenced to six and a half years in prison. Caldwell said many of the employees, including Nassida, ultimately accepted responsibility for their actions.

While only a handful of victim borrowers were able to be interviewed as part of the case, there could be many more who were unknowingly cheated.

“Every borrower I interviewed said, ‘I trusted these people,’ and they blame themselves. But really, no one understands every page of complex mortgage documents. You have to have some trust in their expertise, and that trust was abused,” Caldwell said. “Even members of our own investigative team dug out their own mortgage paperwork to see if they had been gouged unknowingly after developing a familiarity and expertise with the paperwork.”

Two Virginia men were sentenced for their roles in a $10 million investment fraud scheme involving the tax-deferred retirement savings accounts of approximately 60 victims in multiple states.

A joint investigation by the FBI and its partners resulted in the takedown of a criminal drug trafficking organization responsible for transporting heroin into the Tampa Bay area.