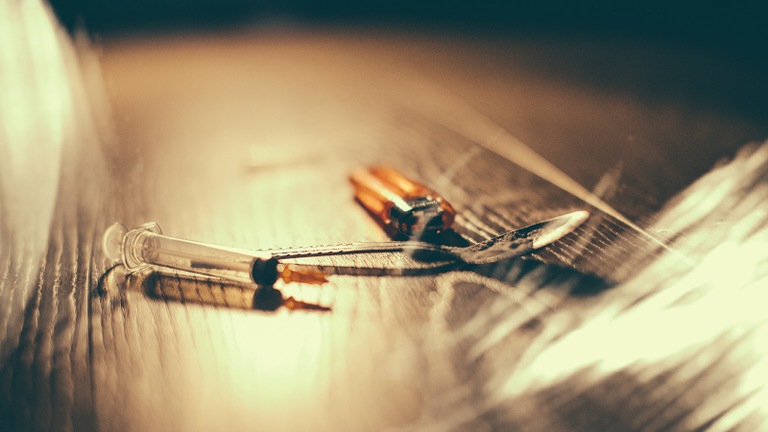 Several years ago, the Tampa Police Department—in an effort to get a handle on the growing, mostly opioid-fueled violence it was seeing on its streets—began a focused effort to crack down on the gangs believed to be involved in dealing heroin.

By October 2015, the Tampa Police Department had joined forces with the FBI’s Tampa Field Office on the Bureau’s Tampa Bay Safe Streets Task Force to widen the scope of the investigation. The Florida Department of Law Enforcement played a critical role as well. The partners began looking past the lower-level street dealers to get a more complete picture of where the drugs were actually coming from and who was responsible for them.

And after a year and a half of joint local, state, and federal investigative activity—during which time the case had further morphed into an Organized Crime Drug Enforcement Task Force (OCDETF) investigation, with the additional federal resources that designation brings—a total of 16 subjects were indicted in March 2017 for their roles in a significant drug trafficking conspiracy. All 16 have since pleaded guilty, including Felix Mejia Lagunas, the leader of the conspiracy who oversaw—from his California home—the importation of heroin from Mexico into the United States and ultimately into Florida and the Tampa Bay area.

In December 2017, Lagunas was sentenced to 27 years in federal prison. To date, all but one of his co-conspirators have been sentenced to federal prison terms as well. And the drug trafficking organization itself has been completely dismantled and put out of business.

According to FBI Tampa case agent Antonio Vargas, a member of the Safe Streets Task Force, the early part of the investigation used confidential informants along with undercover personnel making drug buys.

“But as the case grew more sophisticated,” he explained, “so did our investigative techniques as we began moving up the chain of command toward the leaders.” Among those techniques, said Vargas, were recording conversations during undercover drug buys, conducting physical surveillance and court-authorized electronic surveillance, getting grand jury subpoenas for financial and other records that were reviewed by financial analysts, and executing search warrants on intercepted mail parcels containing drugs or cash in bulk.

“Using technique such as these,” Vargas explained, “allowed investigators to identify various members of the criminal enterprise as well as the particular roles each member played.” In addition to Lagunas at the top of the organizational structure, there was a individual in Orlando who received the heroin once it entered Florida and who then redistributed the product to four others—three who sold it in the Orlando area, and a fourth who transported it to the Tampa Bay area. Once in Tampa Bay, three different members of the organization mixed the drug with cutting agents (like fentanyl), packaged it for distribution, and then got it to four street-level dealers, who sold it in Tampa, St. Petersburg, and elsewhere.

“But as the case grew more sophisticated, so did our investigative techniques as we began moving up the chain of command toward the leaders.”

It all came to a head in March 2017, when investigators executed search warrants on residences, storage units, and other locations associated with Lagunas’ organization. Among the items seized were approximately 6.5 kilograms of heroin, nine firearms, and approximately $600,000 in drug proceeds—believed to be an average day’s work for members of the organization.

Tampa Police Detective Lester Gonzalez, also a member of the Safe Streets Task Force, believes that it was the collaboration with the FBI and other agencies that made the difference in this case. “We conducted an intricate investigation to identify local suppliers of heroin in the Orlando-Tampa area,” he said, “uncovering the methods they used to transport and distribute the heroin. We then continued the investigation and were able to identify a Mexican national in California as the person responsible for the importation of that same heroin into the U.S.”

Both Gonzalez and Vargas believe that the dismantlement of the Lagunas drug trafficking organization has had a positive impact on Tampa Bay-area communities.

“Being able to stop these individuals from importing kilogram amounts of heroin into Tampa has made the Tampa Bay area safer,” said Gonzalez. “Their arrests have not only affected the availability of street-level heroin in this area but have also had an impact on the additional criminal activities that these individuals were involved in.”

And according to Vargas, “The long prison terms given to Lagunas and his co-conspirators were primarily the result of the large amounts of heroin going into Florida and contributing to the opioid epidemic.”

He also said that once the asset forfeiture aspect of this case is over, close to a million dollars might be forfeited. “Much of that,” said Vargas, “will be going back to participating agencies, with more than half going to the Tampa Police Department and the Florida Department of Law Enforcement, which will help them to continue the fight against the scourge of opioid-related crimes in their communities.”

The owner of a brokerage company was sentenced to more than six years in prison for defrauding mortgage applicants and banks in the Pittsburgh area while enriching himself in the process.

An insider working for a government contractor in California was recently sentenced to prison for selling sensitive satellite information to someone he believed was a Russian agent.