Items that appeared online had been removed from Italy decades earlier 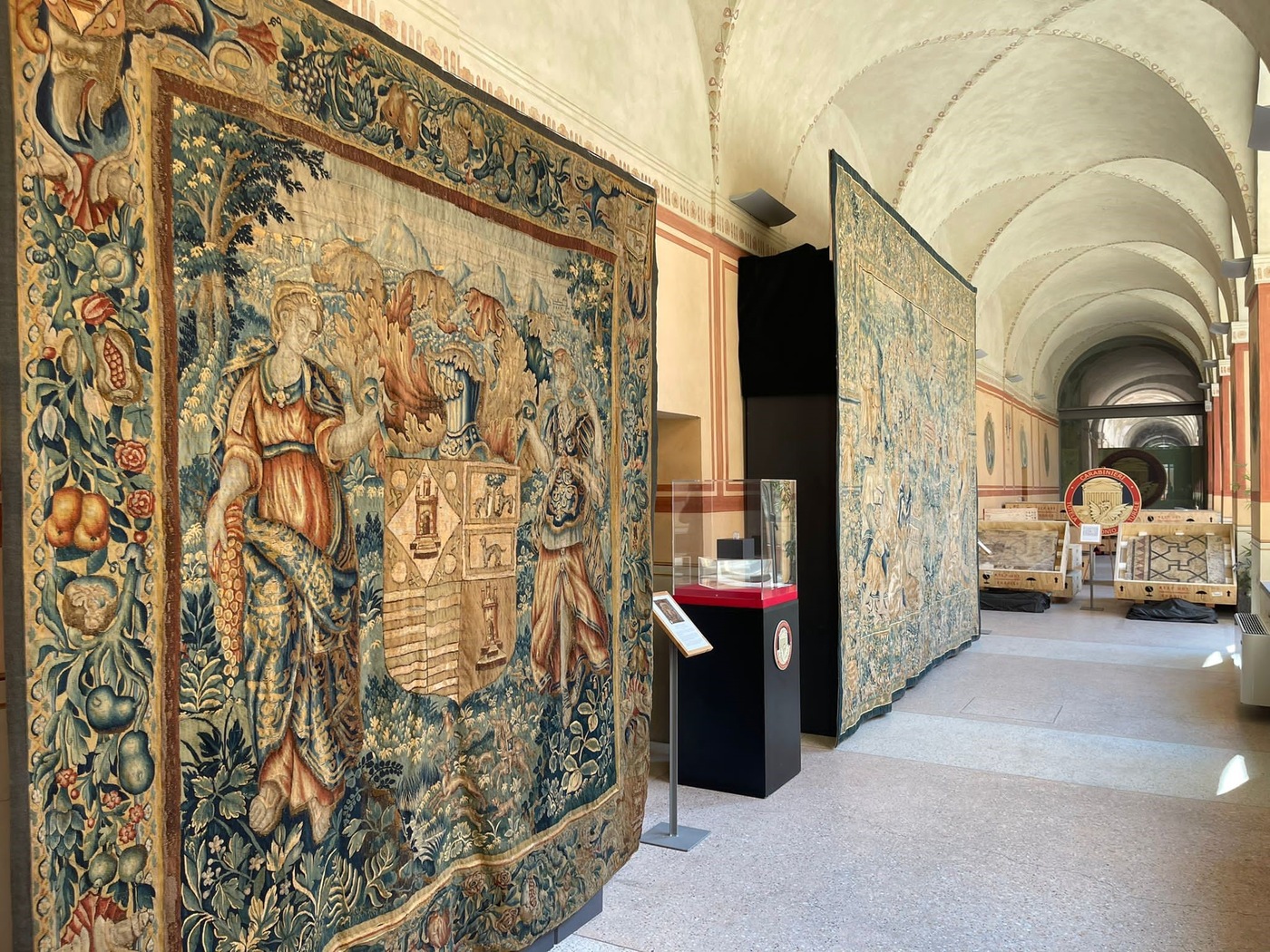 Two Italian tapestries—one depicting a noble coat of arms and the other depicting the “return of the Ark of the Covenant”—were returned to Italy after being tracked by the FBI in the U.S.

FBI Art Crime Team agents recently returned several pieces of historical artwork back to their rightful owners—the Italian government. This is the second in a two-part series.

The FBI’s Italian counterparts, known as the Carabinieri, regularly search for Italian art and cultural property that has been taken out of the country—sometimes many decades ago.

Recently, the Carabinieri's Tutela Patrimonio Culturale (TPC), which translates to Protection of Cultural Heritage, discovered several pieces of historical art that had been thought lost forever.

Last year, an online publication featured a restored historical home in Florida. One of the photos showed a 16th century tapestry—missing since it was stolen in 1995. The Italians flagged the photo for the FBI’s liaison in Rome, as they believed the piece rightfully belonged to Italy.

“The Italian government and the U.S. government work very closely on art crime matters, and we’ve been doing so for years,” said Special Agent Marc Gervasi of the FBI’s Miami Field Office, who worked this case. “We’ve had a lot of success in repatriating items stolen from Italy, and Italy helps the FBI with investigations in significant ways.”

Gervasi and his colleagues approached the owner, who had bought the tapestry 22 years prior, and explained that the piece belonged to Italy. It had been stolen before the current owner bought it. The owner graciously agreed to return it.

Considering the owner purchased the piece for $27,000, it was no small sacrifice.

Similarly, the FBI’s Miami Field Office learned in May that a gallery in Jacksonville had another Italian tapestry, also believed to be from the 16th century, for sale on their website.

It had been stolen from the same gallery in Milan, Italy, in 1995. It entered the legitimate art market sometime after that and was sold for $55,000 in 2003.

Neither the gallery owner nor the homeowner had the provenance, or the ownership history, of the tapestries.

“Requesting a provenance on a piece of art can help the buyer determine the veracity and history the art,” Gervasi said. “If a seller cannot provide a provenance, the buyer should consider if they want to continue with that purchase.”

The gallery, upon learning of the history of the tapestry agreed to turn it over. “The gallery owner showed us the tapestry and said it was his favorite piece in the gallery. He had an emotional attachment to it,” Gervasi said.

By June, the FBI had the second tapestry.

Both tapestries, along with several other pieces of Italian art that the FBI had helped track down in the U.S., were then returned.

In 1977, 6,000 gold coins were stolen from the National Archeological Museum in Naples, Italy, as part of a massive art heist. This gold coin was nearly sold at a Philadelphia auction house, but the FBI intervened and ensured its safe return to Italy. 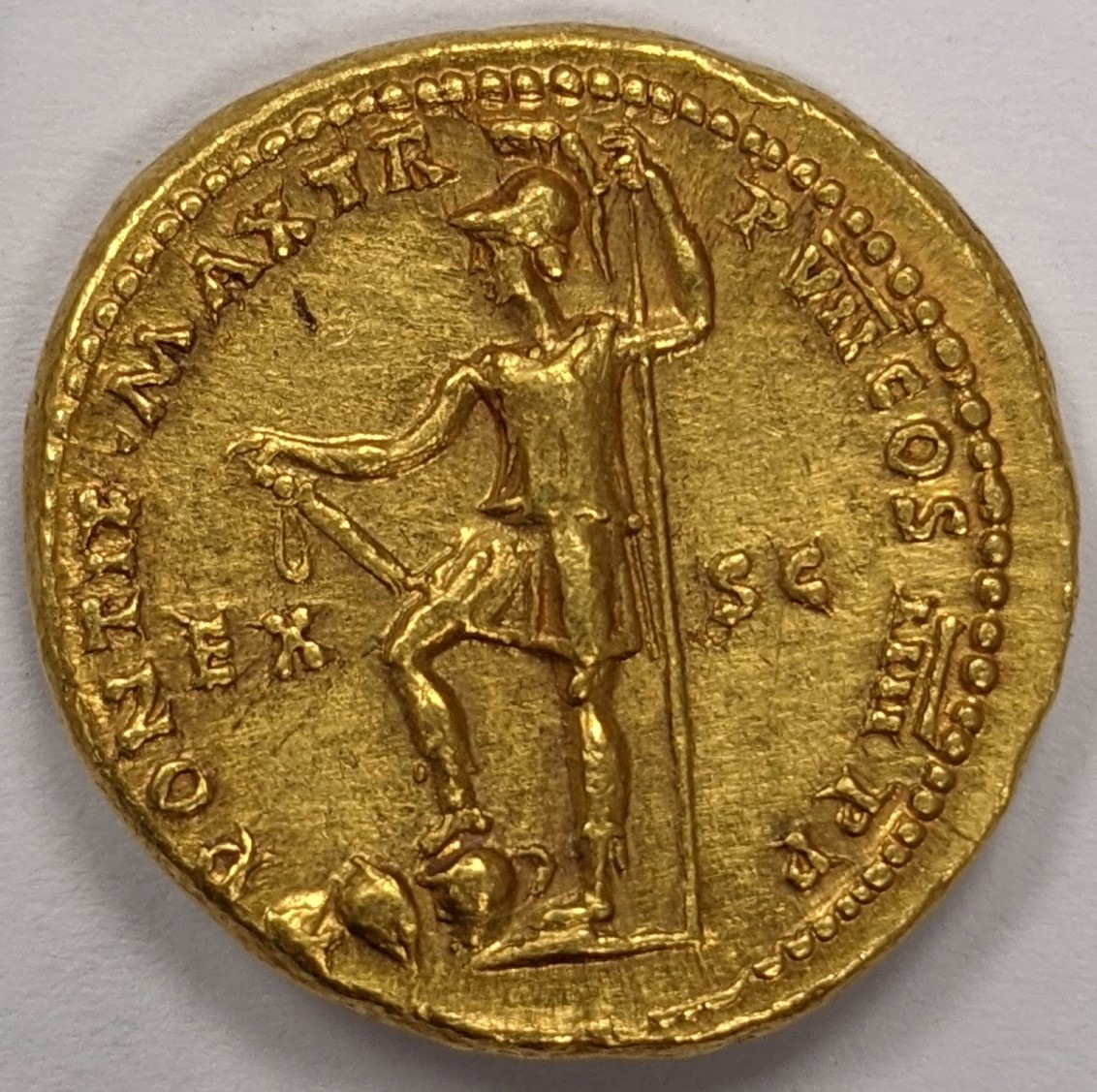 The back of an Italian gold coin depicting Nero, the fifth emperor of Rome.

Decades later, in 2021, the Carabinieri TPC spotted one of the coins for sale at a Philadelphia auction house. The coin depicts the head of Nero, the fifth emperor of Rome.

The longstanding partnership among the FBI, the local U.S. attorney’s office, and the Italian investigators meant the Italian authorities got the FBI all the information they needed to reach out to the owner before the coin could be sold.

The FBI worked with the person who was trying to sell the coin and the auction house to take custody of it and return it back to Italy.

“Without their cooperation and their assistance, we wouldn’t have had this successful repatriation,” said Special Agent Jake Archer of the FBI’s Philadelphia Field Office, who investigated the gold coin matter.

Archer said it was important to return the coin to Italy where it belonged, given that it’s part of Italy’s cultural history dating back to 61 AD.

“These are important pieces of our collective past,” he said. “The coins tell an important story about history and culture. Each one has its own individual story.”

This summer, the FBI and our partners have arrested thousands of violent criminals and taken guns off the streets.

The FBI returned several pieces of art found in the U.S. to their rightful home in Italy.