Forty-seven suspects have been indicted for defrauding a federally funded child nutrition program of more than $250 million.

The funds were intended to be used as reimbursements for the costs of serving meals to children in need during the COVID-19 pandemic, but investigators believe few meals were ever provided. Instead, the defendants are accused of misusing the money to purchase cars, vacations, coastal resort properties, electronics, and other luxury items for themselves.

The scheme, as outlined in the charges, represents the largest theft of federal funds allocated to pandemic aid to date.

At the center of the investigation is a now-closed Minneapolis nonprofit called Feeding Our Future and its former founder and executive director, Aimee Bock. Bock oversaw the scheme and has been indicted on multiple fraud and bribery charges. 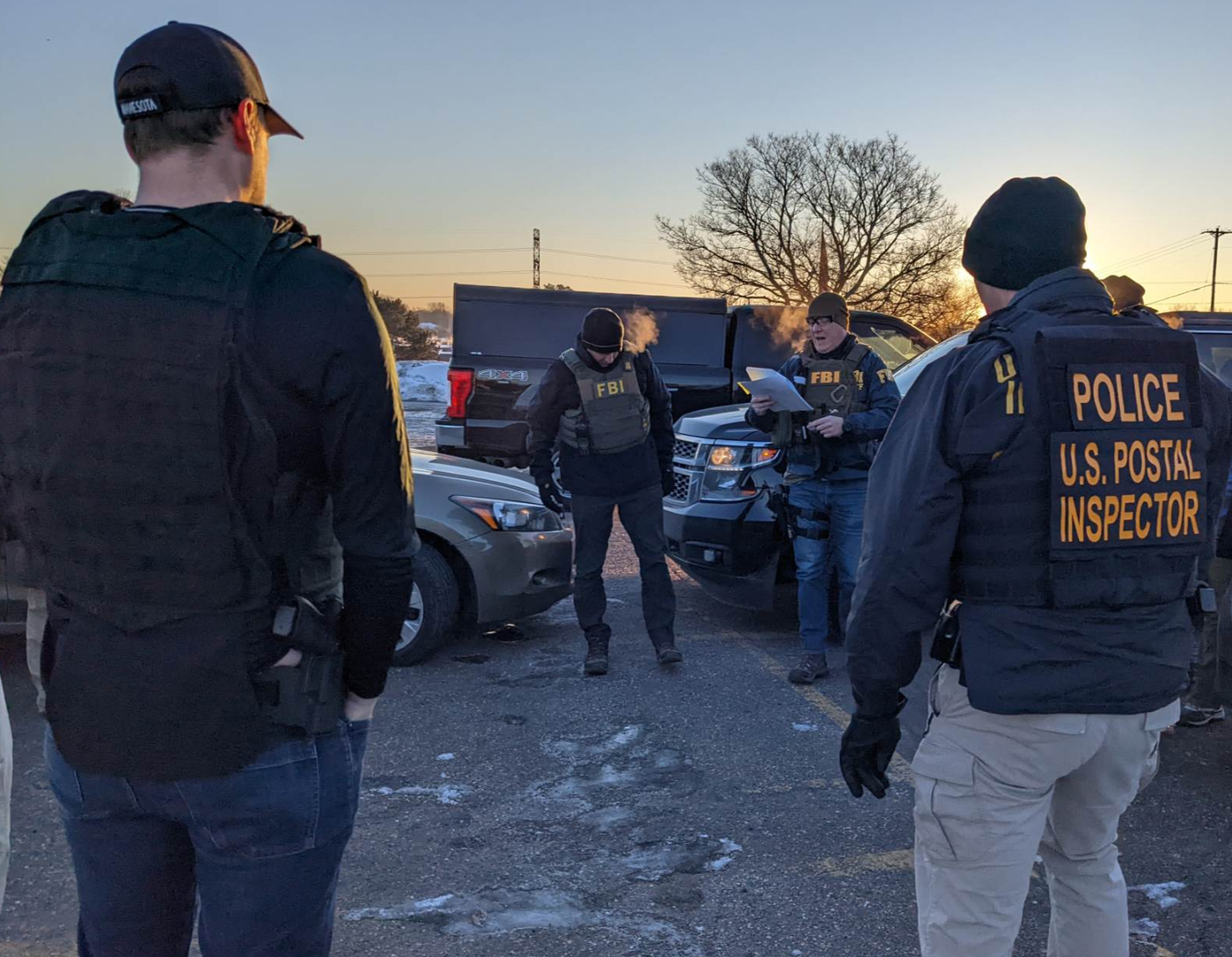 FBI agents, along with investigators from the IRS and the U.S. Postal Inspection Service, prepare to execute one of 25 search warrants carried out in the early morning hours of January 20, 2022, as part of the Feeding Our Future fraud investigation.

Feeding Our Future had served as a sponsor for numerous organizations that signed up to participate in the Federal Child Nutrition Program. The program is administered by the U.S. Department of Agriculture, with states distributing funds locally.

Under the program, local sites that seek to supply the children’s meals—such as restaurants and catering services—must be sponsored by another organization. That sponsoring organization monitors the sites and prepares reimbursement claims for meals provided by the sites.

In this case, however, Feeding Our Future allegedly used its position as a sponsor to engineer a massive fraud scheme.

The charges allege that beginning in early 2020, the organization began recruiting individuals and entities to open fake Federal Child Nutrition Program sites throughout Minnesota. These sites, created and operated by the defendants and others, fraudulently claimed to be serving meals to thousands of children a day within just days or weeks of being formed despite having few—if any—staff and little to no experience serving this volume of meals.

In exchange for sponsoring these sites’ fraudulent participation in the program, Feeding Our Future received more than $18 million in administrative fees it was not entitled to.

In total, Feeding Our Future opened more than 250 sites throughout Minnesota between March 2020 and January 2022 and falsely claimed to have served 125 million meals.

The indictments allege a number of specific ways that the defendants perpetrated the fraud: 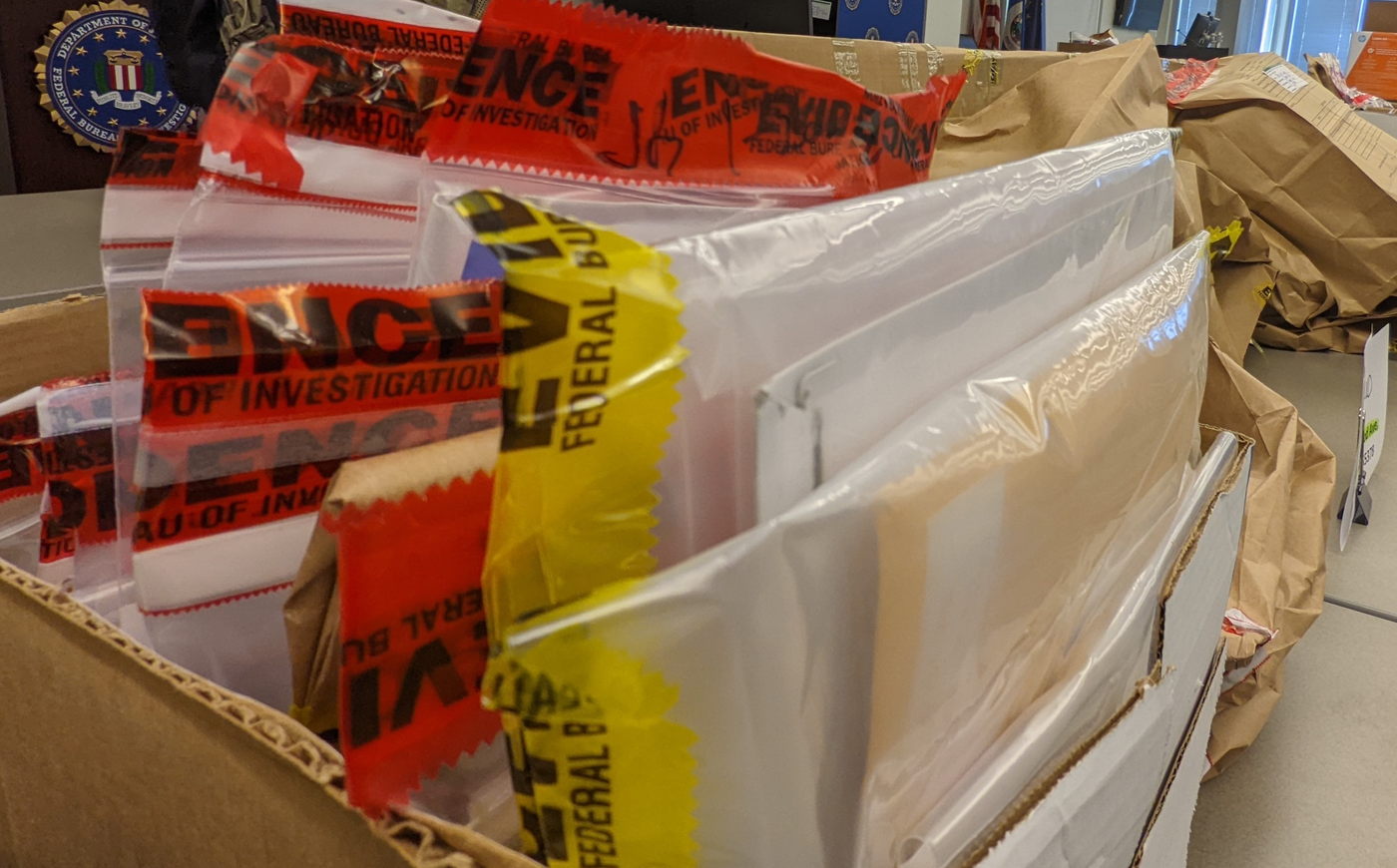 More than 250 law enforcement personnel took part in executing the search warrants. Afterwards, the evidence was brought to the FBI Minneapolis Field Office for processing.

During a news conference announcing the charges, FBI Special Agent in Charge Michael Paul said that the FBI’s forensic accountants played a key role in untangling the scheme.

“During this investigation, the FBI followed many trails—including both money trails and paper trails—filled with falsified invoices and receipts, fictitious names, and an inconceivable number of meals allegedly served, all representing an astonishing display of deceit and evidence of outright fraud,” he stated.

Although the 18-month long investigation was extremely complex, Paul said the crime was quite simple: “It was just a massive fraud scheme.”

To date, the FBI and its law enforcement partners have conducted more than 100 search warrants, completed an additional 100 seizure warrants, and reviewed more than 1,000 bank accounts. U.S. Attorney Andrew Lugar announced that the government so far has been able to recover $50 million from 60 bank accounts, 45 pieces of property, and numerous vehicles and additional items, such as electronics and high-end clothing. Additional seizures are expected.

“These indictments describe an egregious plot to steal public funds meant to care for children in need in what amounts to the largest pandemic relief fraud scheme yet,” said FBI Director Christopher Wray. “The defendants went to great lengths to exploit a program designed to feed underserved children in Minnesota amidst the COVID-19 pandemic, fraudulently diverting millions of dollars designated for the program for their own personal gain. These charges send the message that the FBI and our law enforcement partners remain vigilant and will vigorously pursue those who attempt to enrich themselves through fraudulent means.”

If you think you are a victim of a scam or attempted fraud involving COVID-19, call the Department of Justice’s National Center for Disaster Fraud Hotline at 866-720-5721 or fill out the NCDF Web Complaint Form﻿.

Students who have attended the National Academy and the FBI Training Academy at Quantico over the last five decades have helped raise the standard for law enforcement worldwide.