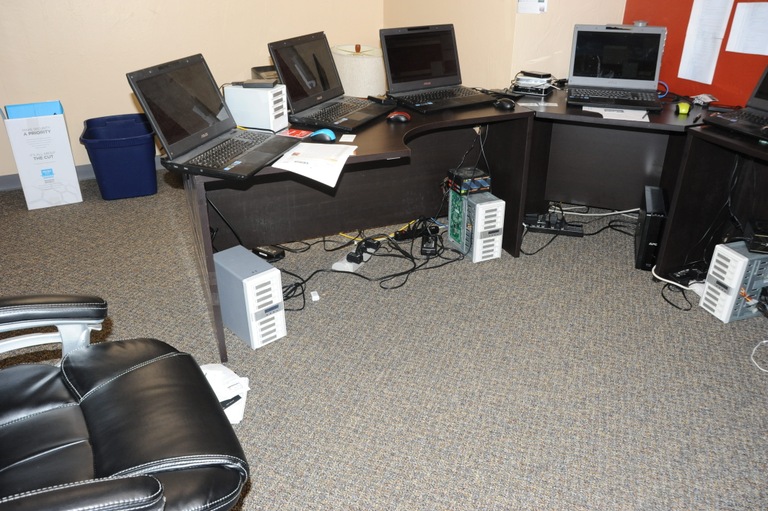 Kenneth Gibson used the computers in this office to run a script that would automatically set up fraudulent accounts in the names of multiple victims whose identities he stole from his former employer.

When police searched a suspected identity thief’s office last year in Reno, Nevada, they hit the investigative equivalent of pay dirt—the crime in progress, right before their eyes.

There was no one working in the office, but eight computers were running an automatic script to open up online accounts using the names and identifying information the thief had stolen from his employer years earlier.

“He had a computer script that was doing this automatically, and the computers were opening credit products and moving money in real time, 24 hours a day,” said FBI Special Agent Glen Lovedahl, who worked the case out of the FBI’s Las Vegas Division.

A few years prior, the thief, Kenneth Gibson, was working as an information technology professional for a large employer in Nevada. His job gave him access to the personal information of thousands of people, including employees and customers. He methodically copied that information and took it home.

Gibson then opened about 8,000 fraudulent and unauthorized accounts with PayPal, an online payment company, in the employees’ names. Once the accounts were established, he would apply for linked credit accounts using the stolen identities. Gibson then engaged in a complex web of transactions to avoid detection, taking cash advances against the established credit and then moving the cash to the linked online account. And finally, he’d use a debit card to access the cash.

“He was moving small dollar amounts, and that doesn’t necessarily pop up on a company’s radar screen,” Lovedahl said. “It was also a very sophisticated scheme; it took us several weeks to put all of the pieces together to figure out how he was getting the money and moving it around.”

“He had a computer script that was doing this automatically, and the computers were opening credit products and moving money in real time, 24 hours a day.”

Like a lot of criminals, Gibson eventually slipped up. After tiring of taking numerous trips to the ATM to get his stolen cash, Gibson had PayPal send a check to him, but the name on the check did not match his address because the accounts were in the names of his victims.

A team approach was critical to finding and stopping Gibson. The FBI worked in close partnership with the Reno Police Department, U.S. Secret Service, Internal Revenue Service, U.S. Postal Inspection Service, and U.S. Attorney’s Office for the District of Nevada in a task force model.

“Gibson was stealing money and identities, and we wanted to disrupt him as quickly as possible,” said Lovedahl, a veteran agent who has worked many fraud cases. “We had existing relationships with the other agencies, and everyone did their part to solve this case in about four months, which is fast considering the complexities of the transactions.” 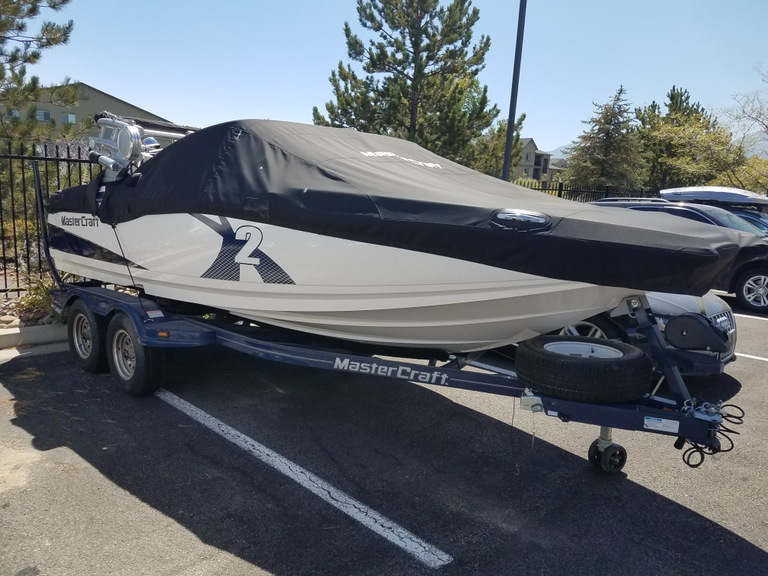 Kenneth Gibson bought this boat with the proceeds from his identity theft scheme.

While the fraud was still ongoing, Gibson and his family lived the high life with their ill-gotten gains. He quit the job that gave him access to the thousands of identities. Gibson also gambled and bought a boat, while his family traveled extensively.

After he confessed, Gibson told investigators about his leased office space, where they found his script was still stealing on his behalf. Earlier this year, Gibson, 47, pleaded guilty to wire fraud, mail fraud, filing a false tax return, and aggravated identity theft; he was sentenced to four years in prison in July. The government plans to pursue asset forfeiture in the case.

Identity theft victims are generally not held responsible for fraudulent charges, but Gibson’s scheme did add up to $3.5 million in losses. Worse for the victims was the hassle of having false information damage their personal credit. Many only realized their identities had been stolen when they applied for a loan or credit card themselves or were contacted by a collections agency.

While there’s no foolproof way to protect against identity thieves, Lovedahl suggests some basic vigilance steps that can help reduce your risk. “Check your free credit report, watch your mail and statements, and keep an eye on your accounts. If you’re a victim, always file a police report to document it,” he said.

A businessman dubbed the godfather of payday lending was sentenced for illegally collecting hundreds of millions of dollars in short-term loans with interest rates that approached 800 percent.

An Oklahoma woman was sentenced for possessing the toxin ricin as part of a plot to have her ex-husband murdered, which was a case that began after a concerned citizen reported potential criminal activity to the FBI.