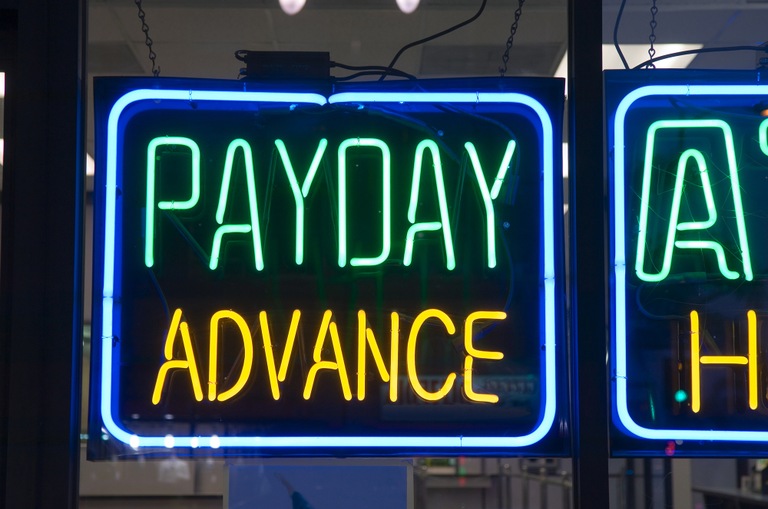 A 77-year-old former landfill owner and investment banker from Pennsylvania who came up with a surefire way to make money—by illegally charging high interest rates on loans made to those who could least afford them—will likely spend the remainder of his life in prison.

Charles Hallinan, dubbed by prosecutors as the “godfather of payday lending” because his tactics to circumvent state laws and hide his long-running scheme paved the way for others to follow in his footsteps, recently received a 14-year federal prison sentence for his role in collecting hundreds of millions of dollars in short-term loans with interest rates that approached 800 percent.

Prosecutors portrayed Hallinan as a ruthless loan shark who enriched himself by trapping his victims in an endless cycle of debt. His scheme was simple: make small loans with fixed fees that borrowers agreed to pay back quickly, typically when their next payday arrived—hence, the name payday loans. A borrower might take out a $300 loan to cover an emergency car repair and agree to pay it back, along with a $90 fee, within two weeks. But if the loan was not repaid within that time, new fees were applied and the principal was not reduced.

For example, if a person borrowed $300 and agreed to pay a $90 fee with a two-week due date but failed to repay the loan for eight weeks, his or her fee would then be $360, and the original $300 loan would still be due.

“Anyone who didn’t have a desperate need for money would not take out one of these loans,” explained Special Agent Annette Murphy, who investigated the case from the FBI’s Philadelphia office. “People with limited resources were getting sucked into a cycle of paying fees and not paying down the principal.”

That was how Hallinan collected an astonishing amount of money from what is estimated to be hundreds of thousands of low-income victims from around the country. According to court documents, Hallinan was in the payday loan business from at least 1997 to 2013. The documents also revealed that between 2007 and 2013, Hallinan loaned $422 million and collected $490 million in fees. “During that period alone,” Murphy said, “he netted $68 million.”

“Anyone who didn’t have a desperate need for money would not take out one of these loans.”

Hallinan advertised his quick-cash loans on the Internet through dozens of companies with names such as Instant Cash USA, and, over the years, he created schemes to thwart state financial regulations—tactics that were copied by other payday lenders.

When states began to pass laws cracking down on payday lending, Hallinan tried to cover his tracks by establishing bogus partnerships with third-party banks and Indian tribes, entities he thought could mask his illegal lending activity.

In 2016, after an FBI investigation—in partnership with the U.S. Postal Inspection Service and the Internal Revenue Service Criminal Investigative Division—Hallinan was charged with racketeering, mail fraud, wire fraud, and international money laundering. In November 2017, a federal jury convicted him on all counts, and in July 2018, a federal judge sentenced him to 168 months in prison. The judge also imposed a $2.5 million fine and ordered Hallinan to forfeit his $1.8 million mansion, multiple bank accounts valued at more than $1 million, and a number of luxury vehicles.

Murphy noted that Hallinan and other payday lenders whose careers he helped establish “all knew what they were doing was illegal. But that didn’t stop them.”

Special Agent Nick Leonard, who helped prepare Hallinan’s case for trial, said that Hallinan and other payday lenders “worked very hard to manipulate the system and to avoid notice. But their schemes couldn’t last forever.”

Both violent crime and property crime declined in 2017 when compared with 2016 data, according to the FBI’s annual Crime in the United States report.

A Nevada man who stole the personally identifiable information of multiple victims from his former employer and used it to open thousands of fraudulent PayPal accounts will be spending time behind bars.