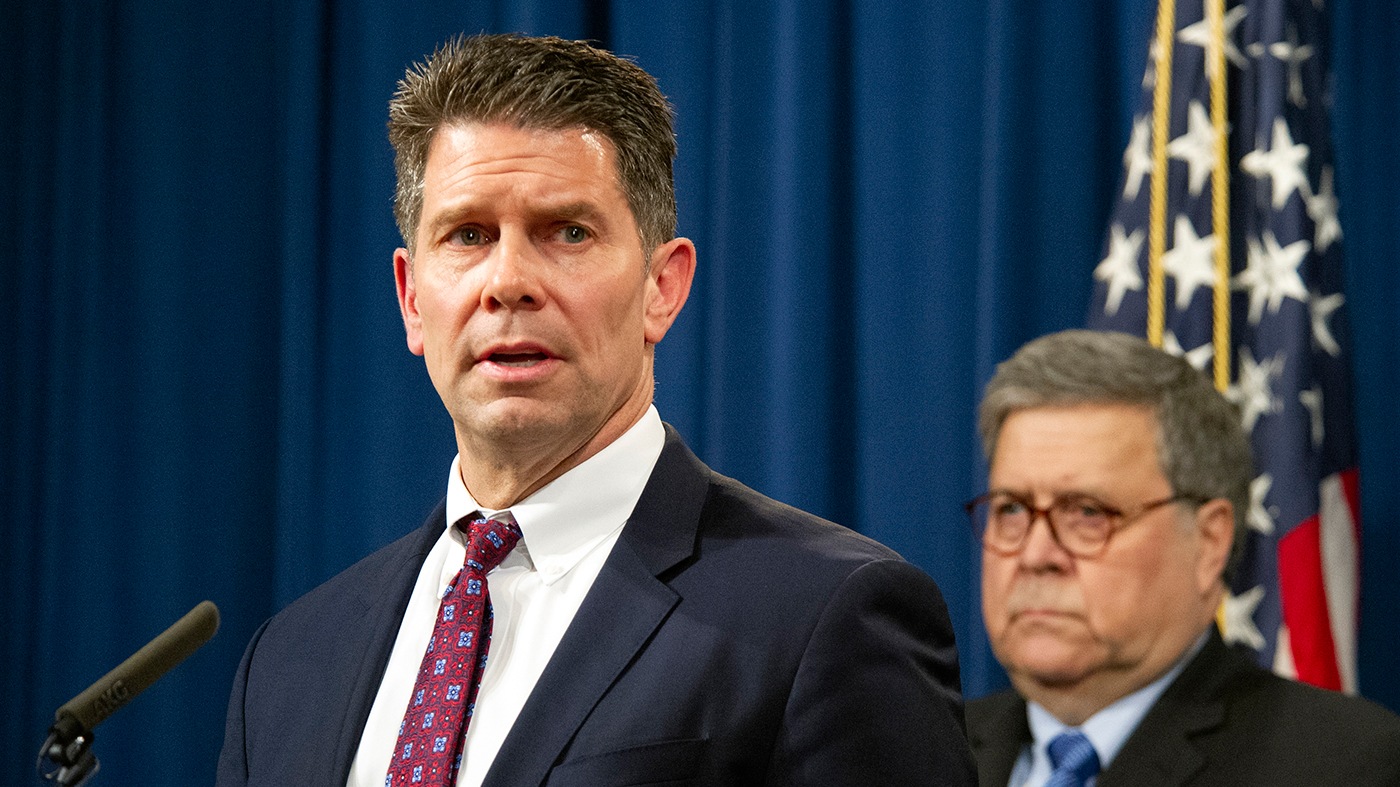 The Department of Justice and the FBI today provided new details about a shooting last month at Naval Air Station Pensacola that left three U.S. sailors dead and eight others wounded.

Attorney General William P. Barr said the December 6 attack by a member of the Royal Saudi Air Force who was studying at the Florida military base was “an act of terrorism” motivated by “jihadist ideology.” Barr said Mohammed Saeed Alshamrani visited the 9/11 Memorial in New York City last year and posted a message on social media last September 11 stating that “the countdown has started.”

In addition to releasing new information about the shooter’s actions leading up to the attack, the attorney general and FBI Deputy Director David Bowdich drew special attention to the selfless acts of first responders, who they credited with saving lives.

Barr and Bowdich also highlighted a significant hurdle in the ongoing counterterrorism investigation—the inability to extract information from the deceased shooter’s encrypted Apple iPhones despite court authorization and probable cause.

“It’s very important for us to know with whom and about what the shooter was communicating before he died,” Barr said during the press conference at Department of Justice Headquarters in Washington, D.C. “This situation perfectly illustrates why it is critical that investigators be able to get access to digital evidence once they have obtained a court order based on probable cause.”

Bowdich called the investigation “incredibly complex,” involving hundreds of FBI personnel, including the Jacksonville Field Office, and dozens of partner agencies and entities. The FBI has conducted more than 500 interviews and collected more than 42 terabytes of digital media in an effort to determine if Alshamrani was acting alone.

“So far, we have not identified any solid evidence that the shooter acted with any co-conspirators or that he was inspired by a specific group,” Bowdich said. The shooter’s social media posts suggested he harbored anti-U.S. military and anti-Israel sentiments.

The shooting lasted about 15 minutes, and Naval Security Forces intervened about eight minutes after the first shots. Alshamrani was killed by law enforcement officers who responded to the scene, where the FBI found a lawfully purchased semi-automatic handgun, several ammunition magazines, and about 180 rounds of ammunition.

“We want to work together with private sector companies so that we can lawfully access the evidence and information we need to keep our country and its citizens safe.”

Attorney General Barr singled out several individuals for their heroism during the attack, including two unarmed U.S. Marines who confronted the shooter and later provided medical treatment to shooting victims, as well as a Navy airman who was shot five times yet still shielded a fellow sailor from being shot.

“We are grateful as well for the bravery of the base personnel and local law enforcement responders who initially arrived at the scene and engaged the shooter,” Barr said.

Barr also acknowledged the Kingdom of Saudi Arabia for supporting the investigation, which has not found any evidence of pre-knowledge of the attack by other Saudi Royal Air Force and Royal Navy trainees. But investigators did find that 17 of the Saudi trainees in Florida had social media containing jihadi or anti-American content, and 15 (including some of the 17) had contact with child pornography. These findings led Saudi Arabia to withdraw 21 students from the training curriculum in the U.S.

Barr said federal prosecutors evaluated the individual cases. “The relevant U.S. Attorneys Offices independently reviewed each of the 21 cases involving derogatory information and determined that none of them would, in the normal course, result in federal prosecution,” Barr explained.

Barr and Bowdich both closed their remarks with pleas to the California-based tech company Apple to work with the FBI and DOJ to collectively find a solution to the issue of mobile devices that are, by default, encrypted. The inability to lawfully access user data on mobile devices is leading promising cases to dead-ends, giving an edge to criminals and terrorists.

Alshamrani left two iPhones at the crime scene—one he shot through with a bullet before being killed. The FBI Laboratory was able to restore both phones to working order but is unable to unlock either of them.

“Even with a court order, to date we cannot access the contents of the two phones that the attorney general referred to in this investigation—and countless other investigations,” Bowdich said. “We want to work together with private sector companies so that we can lawfully access the evidence and information we need to keep our country and its citizens safe.”

“We’re not trying to weaken encryption,” he added. “After all, data security is a central part of our mission. 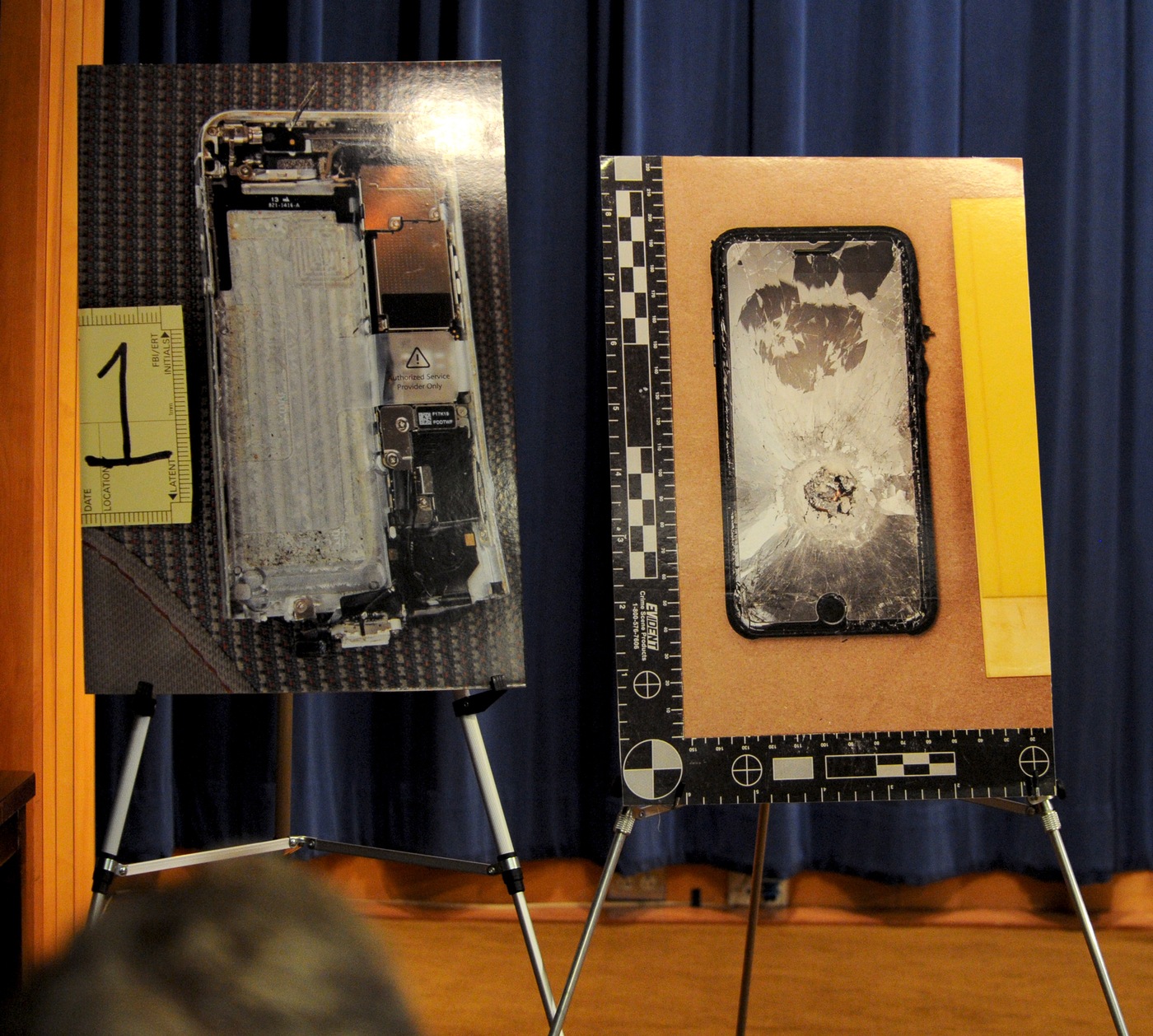 Images of the Pensacola shooter's phone were on display during a January 13, 2020, press conference at DOJ Headquarters in Washington, D.C. During the gunfight with first responders, Mohammed Saeed Alshamrani placed one of his phones on the floor and shot a single round into the device. The FBI Laboratory was able to make the phone work again but has been unable to unlock it.

With help from a casino employee, a baccarat player cheated his way to more than $1 million in winnings from two Maryland casinos before the men’s scheme was unraveled and justice was served.

This month—and year-round—the FBI and its partners work to stop human trafficking, as illustrated by a case in Mississippi where a teenager was rescued from her trafficker thanks to an observant police officer.