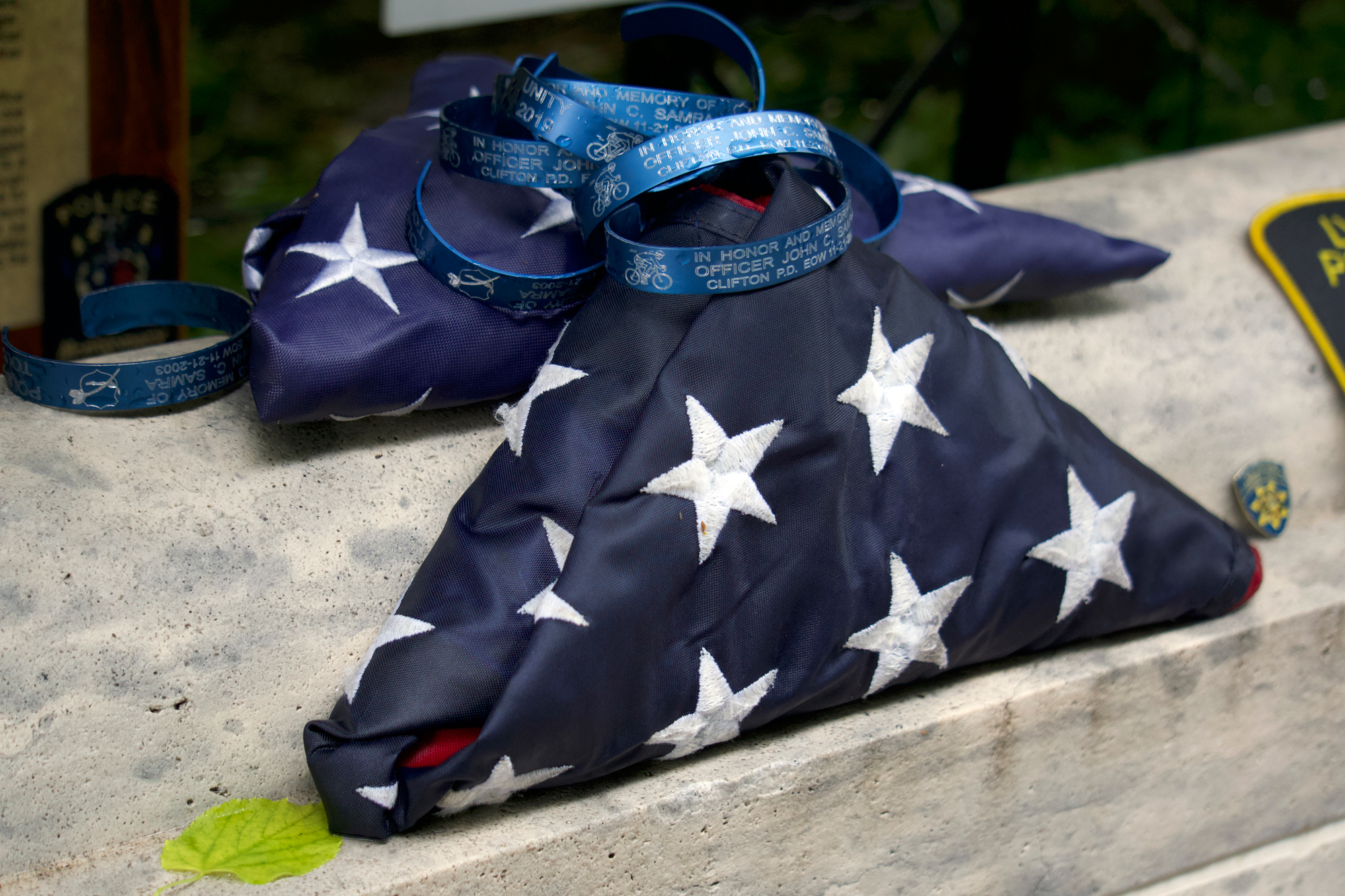 The FBI honored nine of its own this week in a special memorial service at FBI Headquarters in Washington, D.C. The solemn event Tuesday occurred on the eve of Peace Officers Memorial Day, which honors law enforcement officers from around the country who made the ultimate sacrifice.

“Nothing is more worthy of a dedicated moment of our time than honoring our FBI family members who sacrificed everything to protect the American people and uphold the Constitution,” Director Christopher Wray said in remarks to FBI employees, special guests, and family members of fallen agents, whose names were added this year to the Bureau’s Wall of Honor.

“The loss of one of our own hurts all of us, but we know you feel a much deeper level of pain,” Wray said. “We stand with you and thank you for your family’s commitment, service, and sacrifice.” 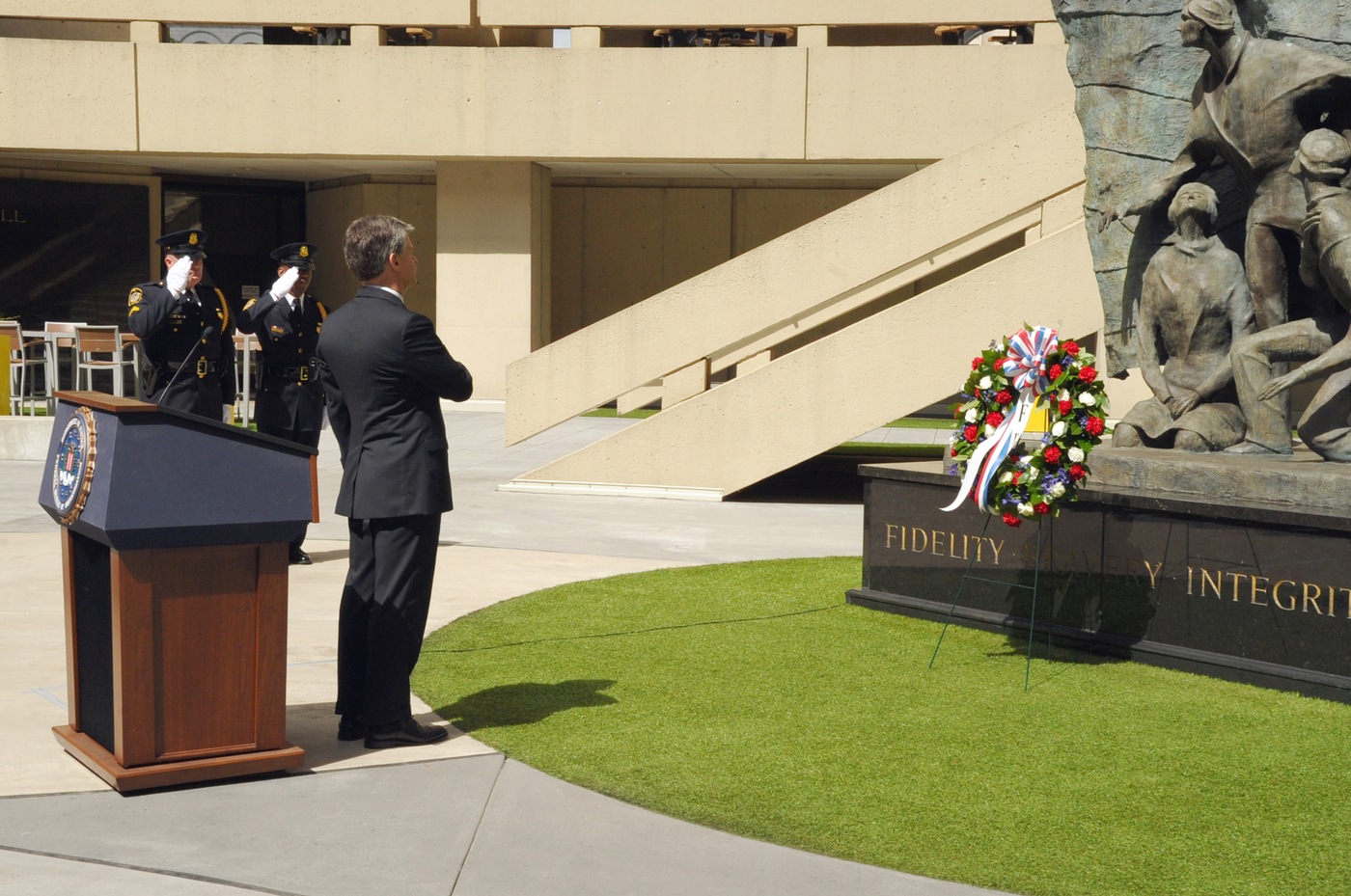 FBI Director Christopher Wray faces a wreath placed in honor of fallen special agents at a May 14, 2019 ceremony at FBI Headquarters in Washington, D.C.

“Nothing is more worthy of a dedicated moment of our time than honoring our FBI family members who sacrificed everything to protect the American people and uphold the Constitution.”

The private FBI memorial followed a public candlelight vigil Monday night on the National Mall that was attended by thousands of people, including family members of the fallen and law enforcement officers who traveled from across the country for the annual event. The tribute, sponsored by the non-profit National Law Enforcement Officers Memorial Fund, included a reading of the names of 371 fallen law enforcement officers—including 158 who died in 2018. The names were added to the National Law Enforcement Officers Memorial in Washington, D.C., which now bears the names of 21,910 fallen officers. 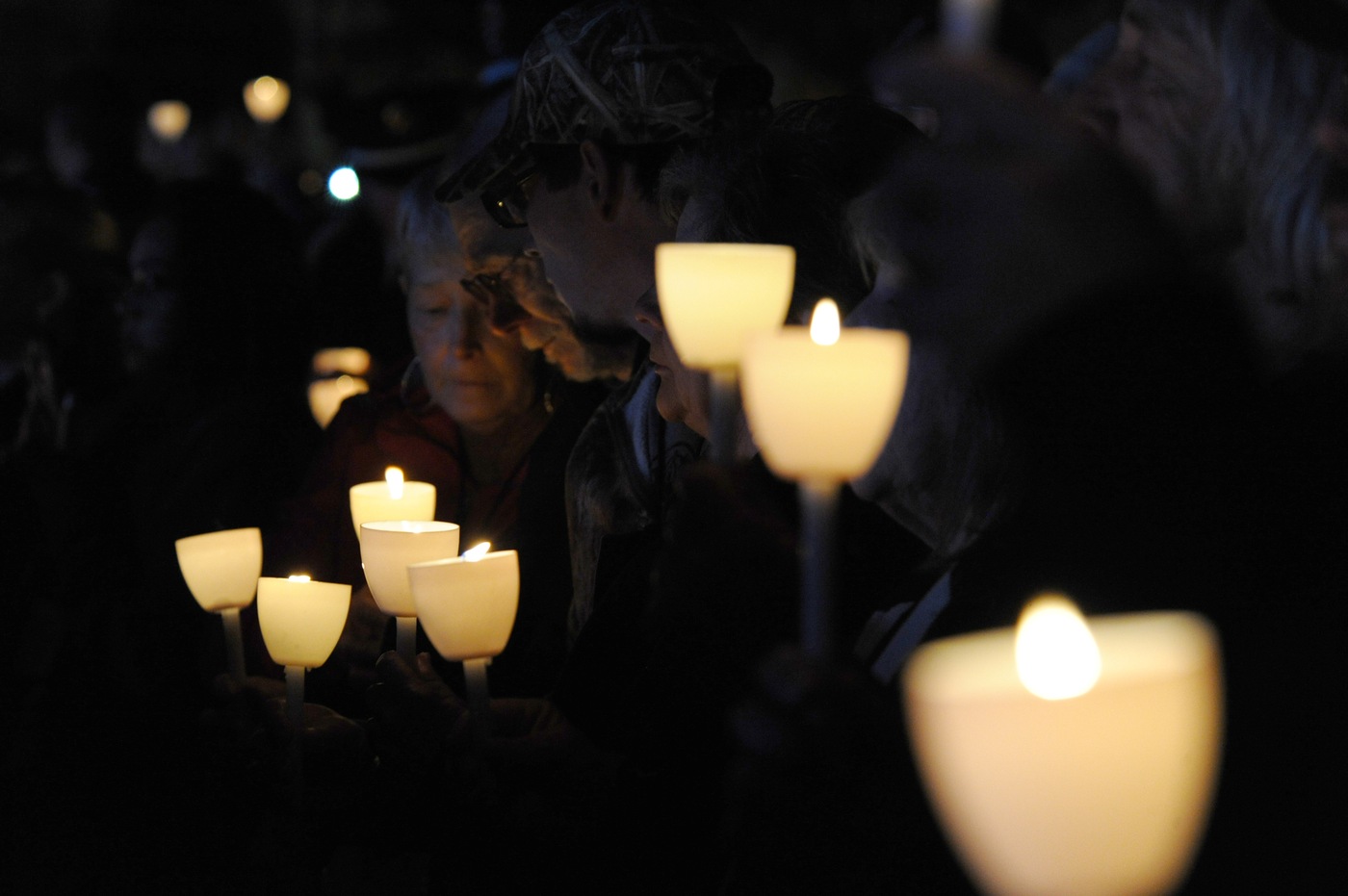 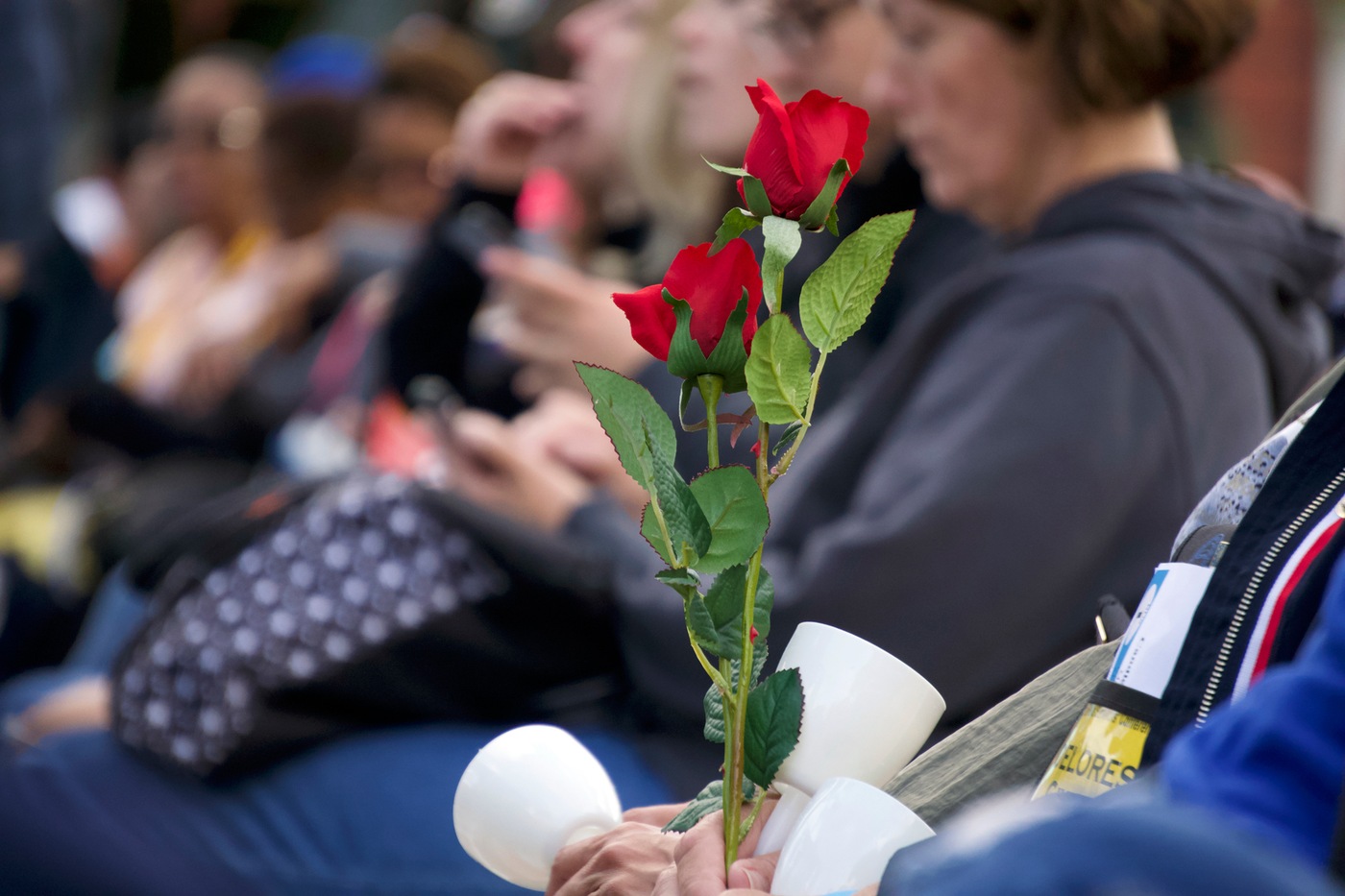 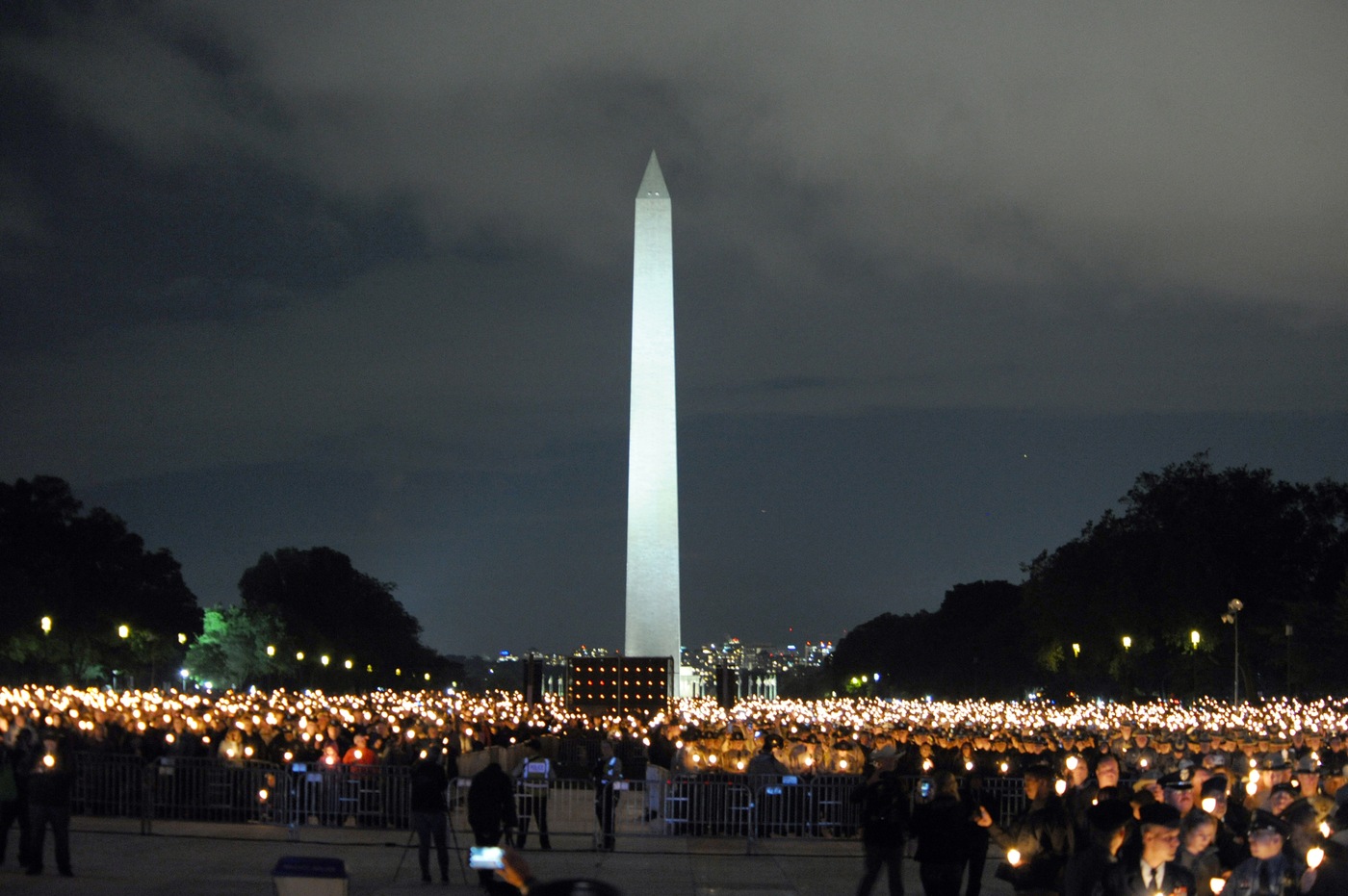 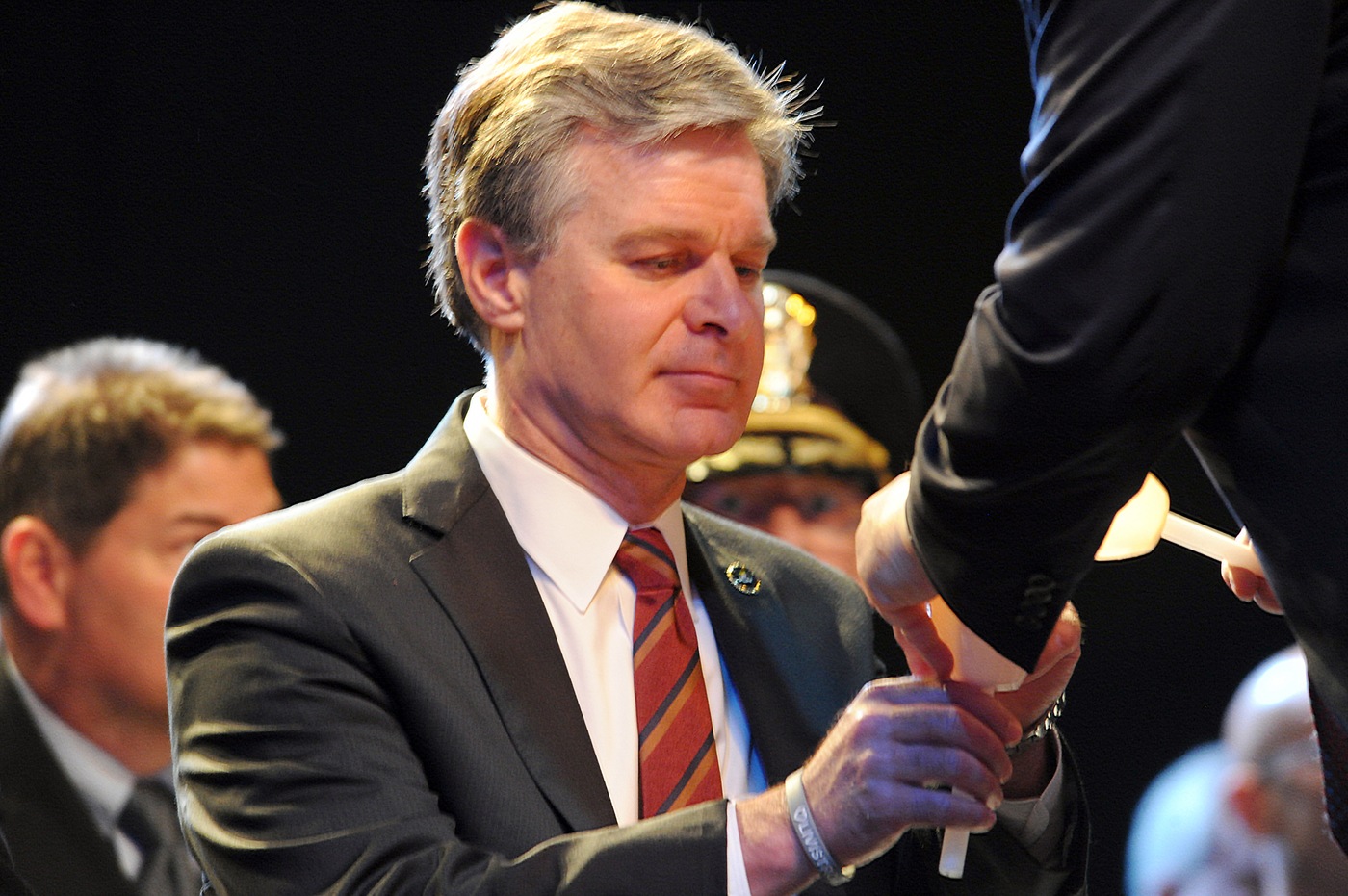 An estimated 30,000 people attended a candlelight vigil honoring fallen law enforcement officers on May 13, 2019, in Washington, D.C. The program featured speakers, musical tributes, and special recognition of survivors of fallen officers, and concluded with the lighting of candles. The annual event—now in its 31st year—is organized by the non-profit National Law Enforcement Officers Memorial and is held during National Police Week, which runs this year from May 12 to May 18. In 1962, President John F. Kennedy proclaimed May 15 as National Peace Officers Memorial Day and the calendar week in which May 15 falls as National Police Week.

While National Police Week officially occurs the week of May 15 each year, numerous events and tributes in the nation’s capital lead up to the week, including the annual Blue Mass at St. Patrick’s Church, where first responders are invited to remember their fallen colleagues, and the National Police Week 5k, where runners and walkers of all stripes race to honor the memory of deceased officers. There is also a K9 memorial service and a celebratory event marking the arrival of cyclists who pedaled for many days and miles to raise awareness about their fallen police colleagues and generate funds to support the National Law Enforcement Officers Memorial. 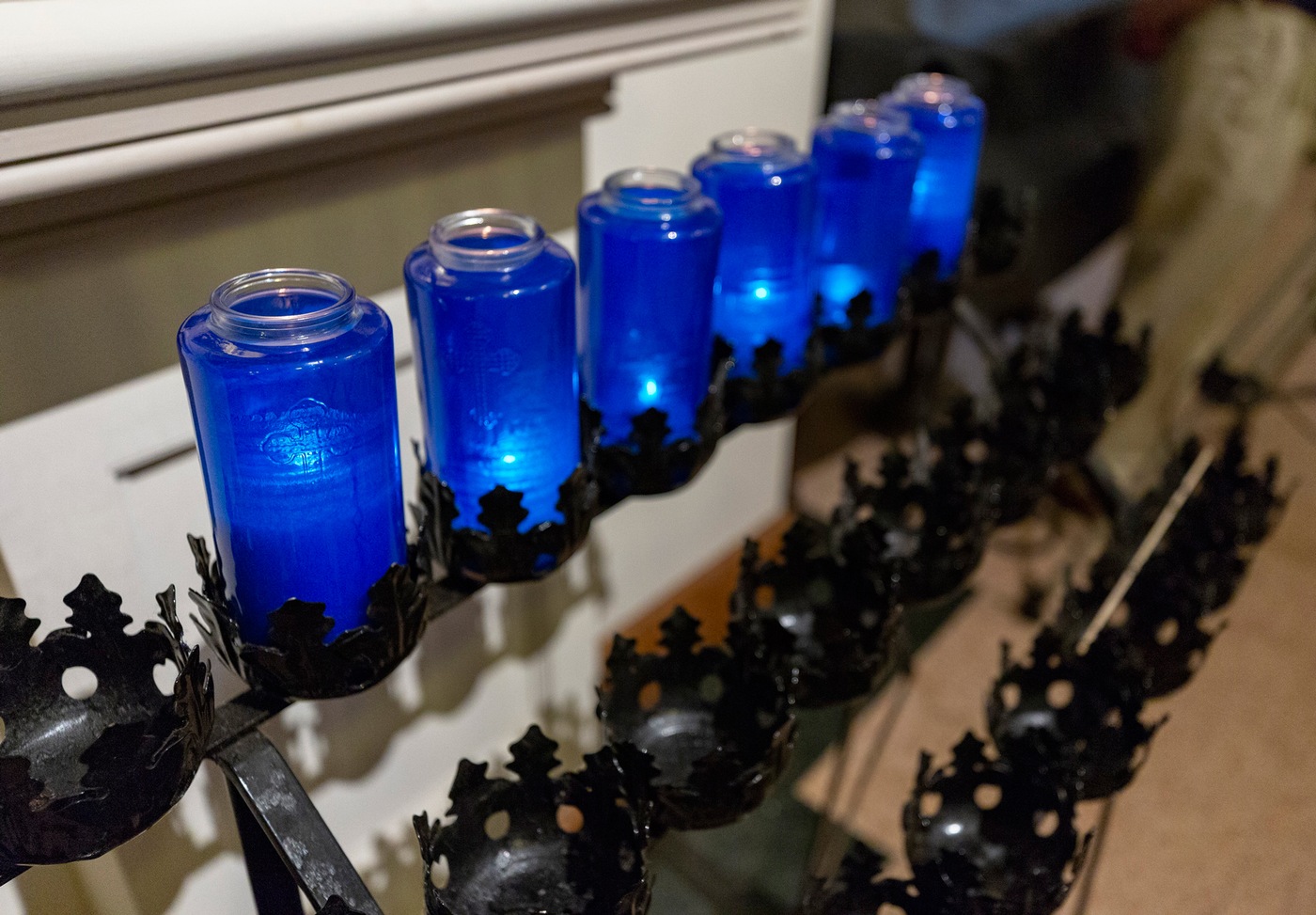 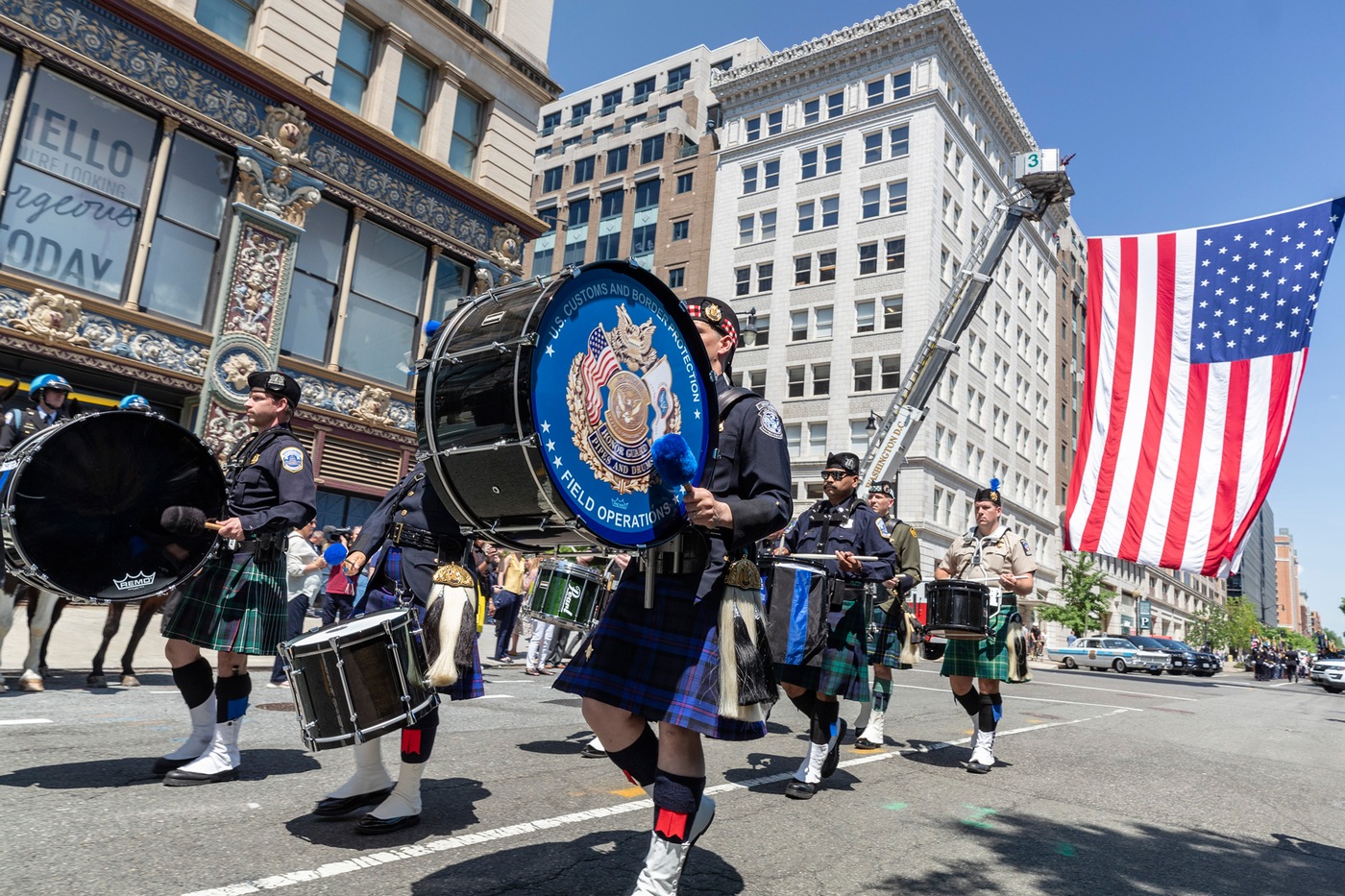 Dozens of federal, state, and local law enforcement agencies participate in a May 7, 2019 procession to St. Patrick’s Church in Washington, D.C., as part of the 25th annual Blue Mass, held each year in advance of National Police Week to remember fallen officers. 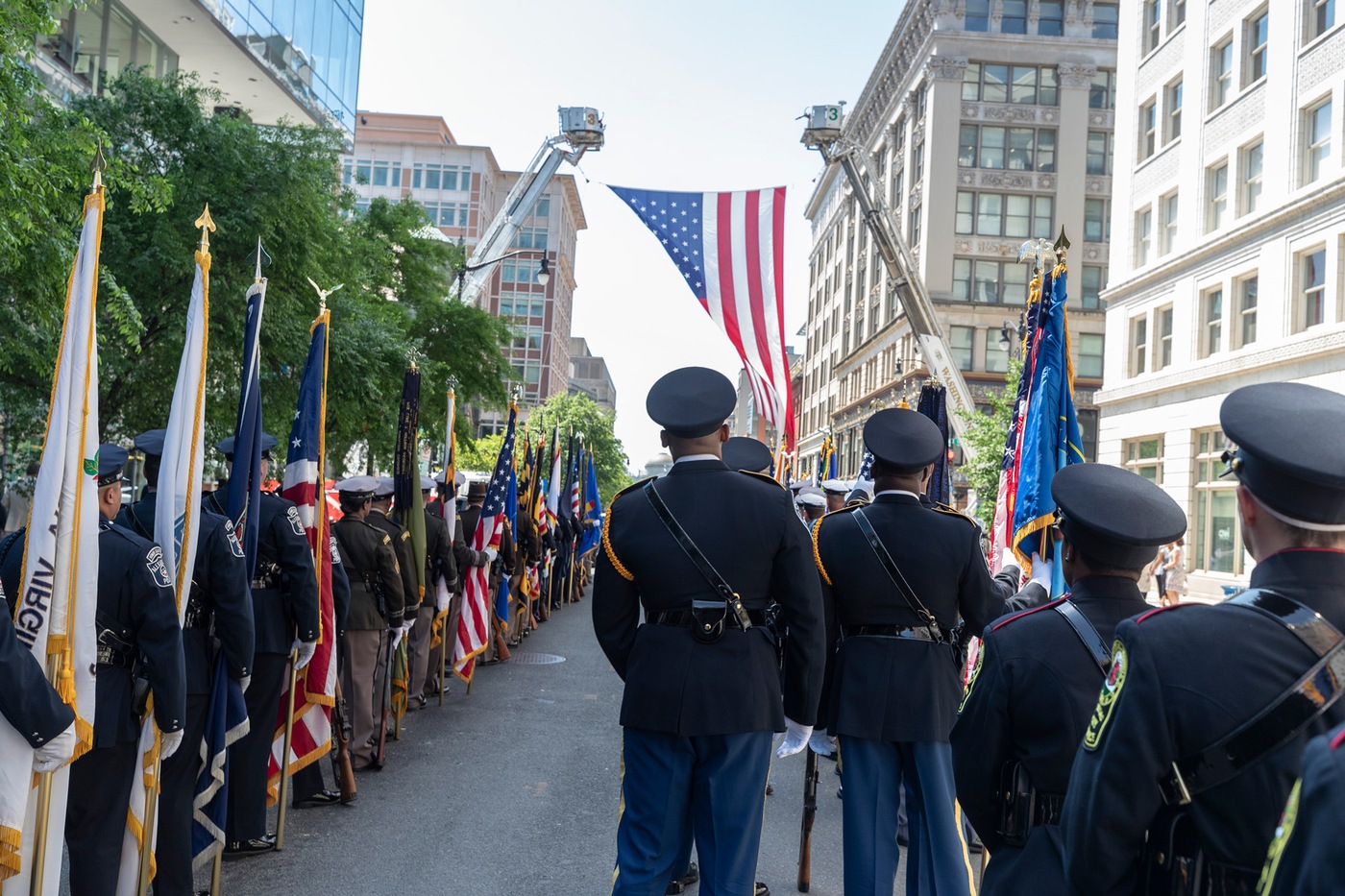 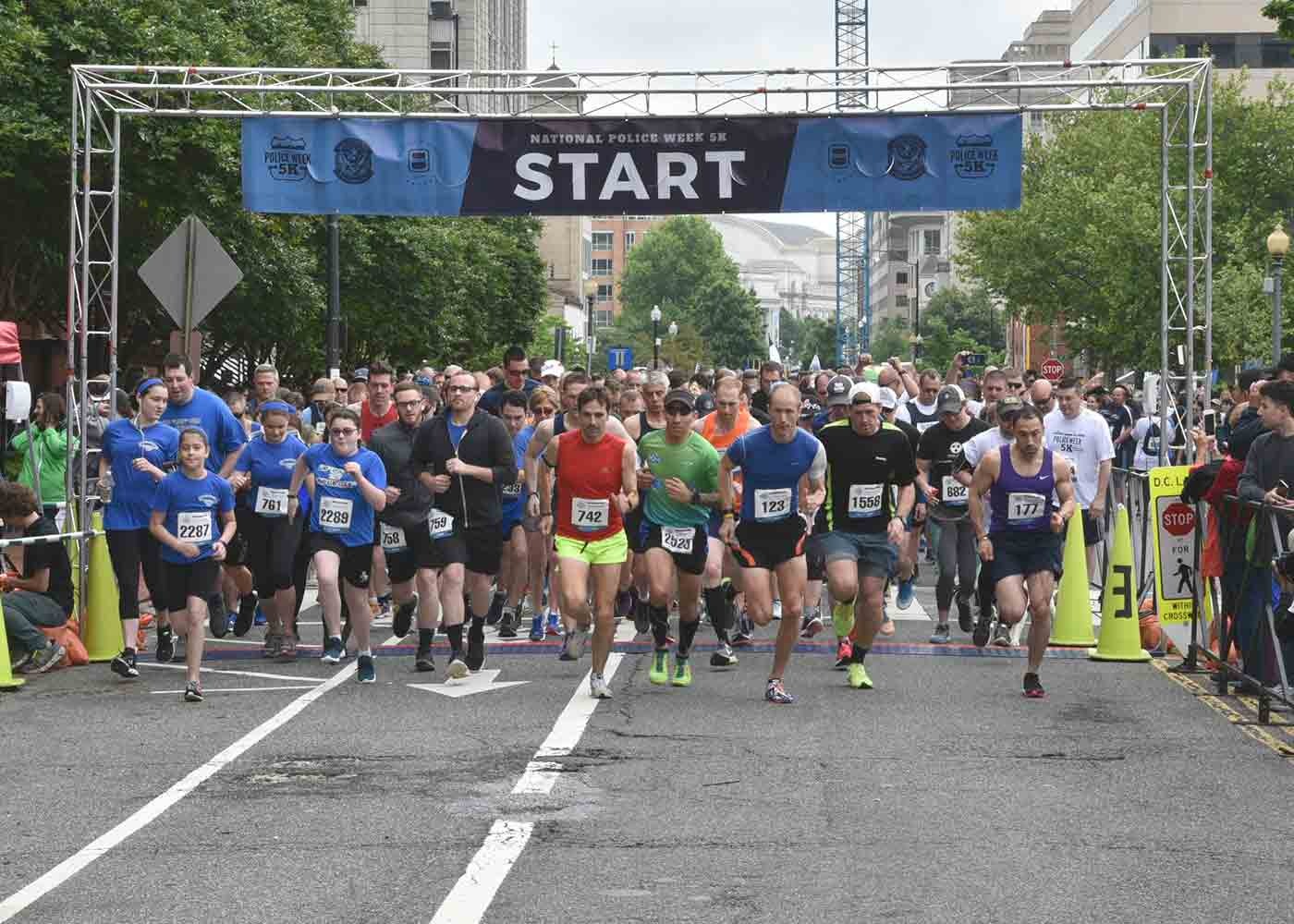 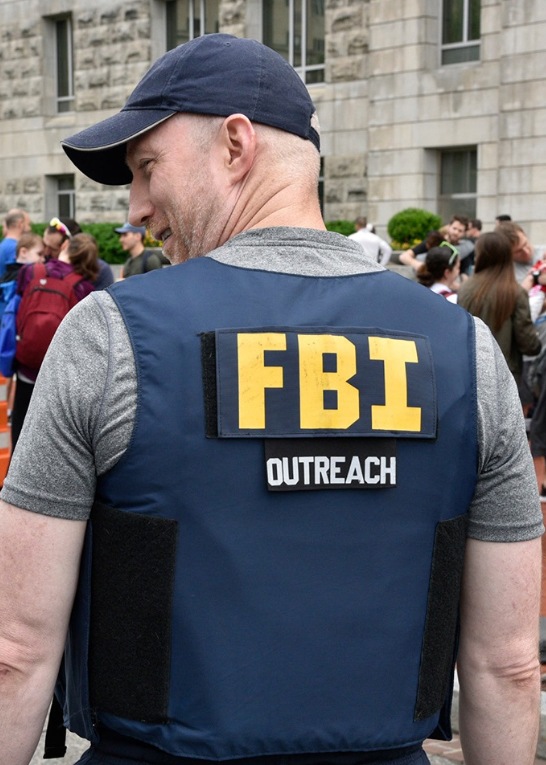 There is no shortage of ceremony during National Police Week, but the focus is always on the sacrifices made by those whose names are carved each year into marble. According to the FBI’s Law Enforcement Officers Killed and Assaulted (LEOKA) report, released earlier this month, 106 law enforcement officers were killed last year in the line of duty—55 as a result of felonious acts. The average age of officers feloniously killed in 2018 was 37. 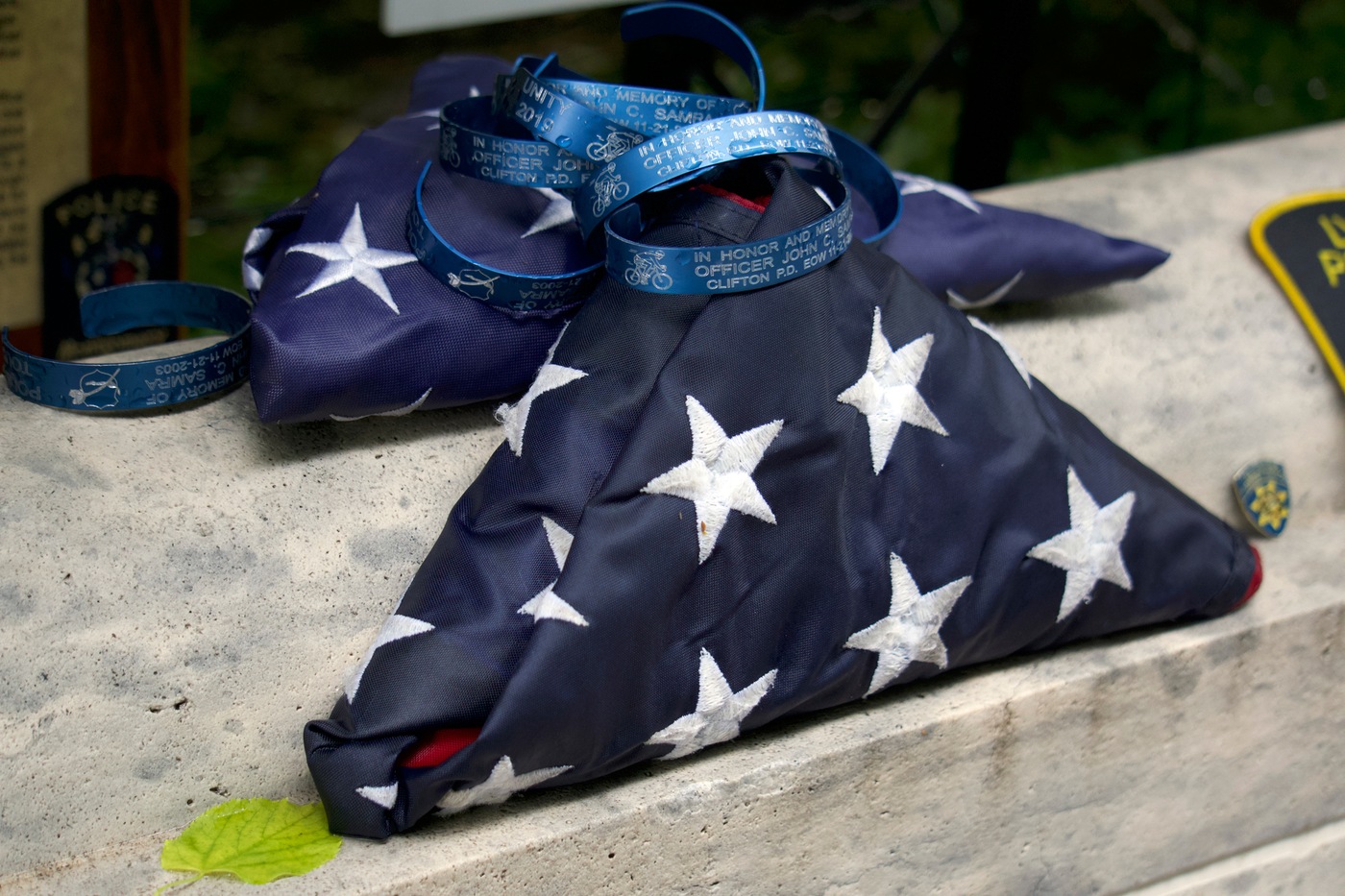 A visitor makes a rubbing of a fallen officer’s name etched on a marble wall at the National Law Enforcement Officers Memorial in Washington, D.C., on May 13, 2019. The memorial contains the names of 29,910 fallen law enforcement officers from around the country, including 371 names that were added this year. 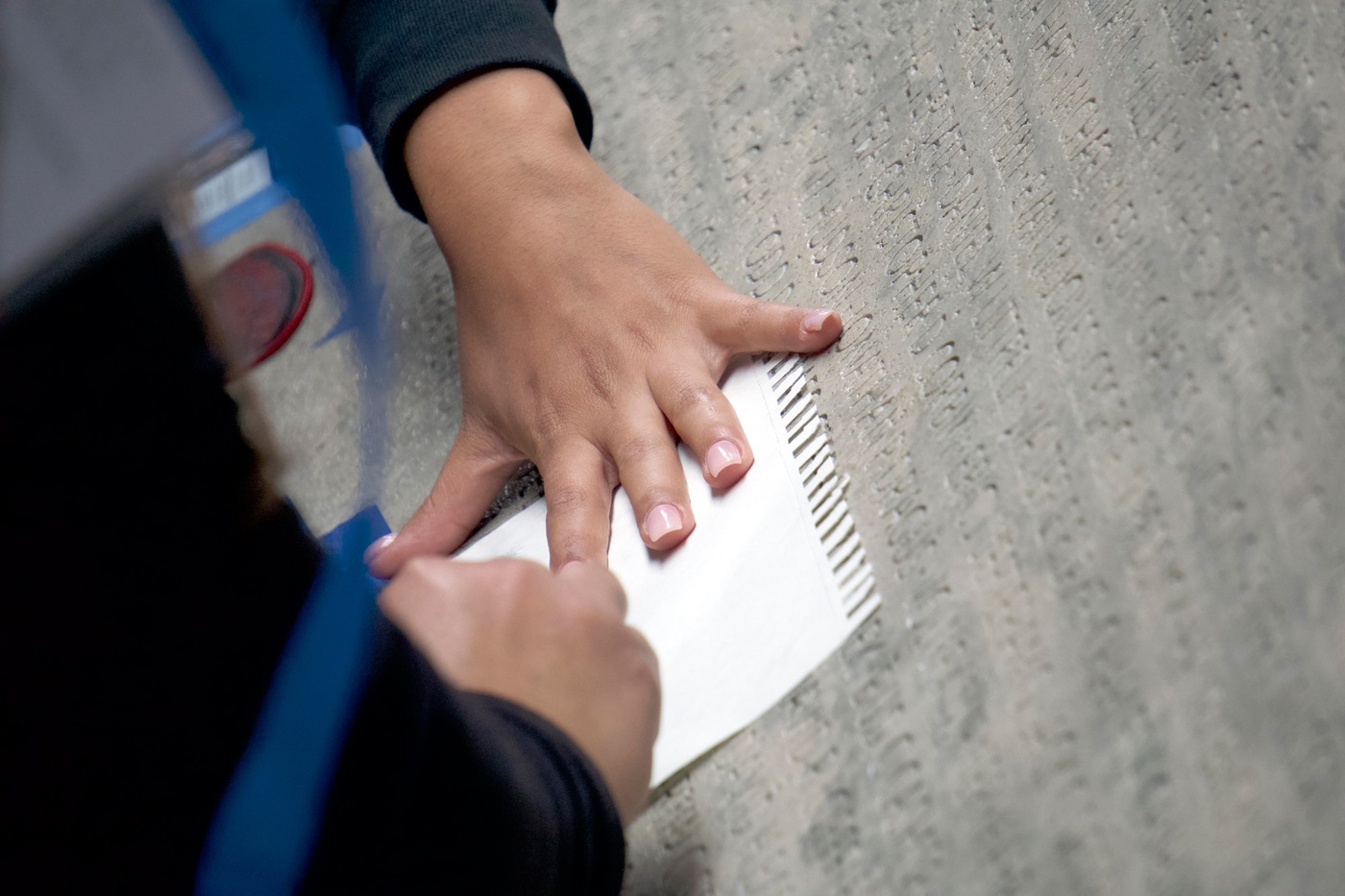 Away from the pageantry, about 120 children of fallen officers were treated to a special trip to the FBI Academy in Quantico, Virginia. The daylong event, organized by the FBI’s National Academy in a longstanding partnership with the non-profit Concerns of Police Survivors (C.O.P.S.), is designed to provide the children of fallen officers an opportunity to meet other kids and talk to trained counselors and professionals in an environment where they feel safe to speak freely about grief and loss. They also meet police officers from around the world—National Academy students—and get an up-close, one-of-a-kind look at where the FBI trains its agents and intelligence analysts.

During their visit, the FBI Academy’s large gymnasium—where thousands of candidates have been forged into special agents over the years—was turned into an indoor carnival with moon bounces, a climbing wall, mini-golf, and a pitching booth. A shuttle took the kids in shifts to see the FBI’s Hostage Rescue Team demonstrate tactical exercises. It was a chance for the young attendees to bond with new friends—a mission very similar to that of the National Academy, which brings mid-career law enforcement officers from around the world to train together for 10 weeks and build relationships.

“We have the kids meet other people and other kids going through the same situation they have,” said Brian Nadeau, a special agent in the FBI’s Baltimore Division who has helped organize the annual gathering with C.O.P.S. since 1994. “This morning they were all nervous when they left their hotel to come here. But by the end, the smiles on their faces really tell the story.” 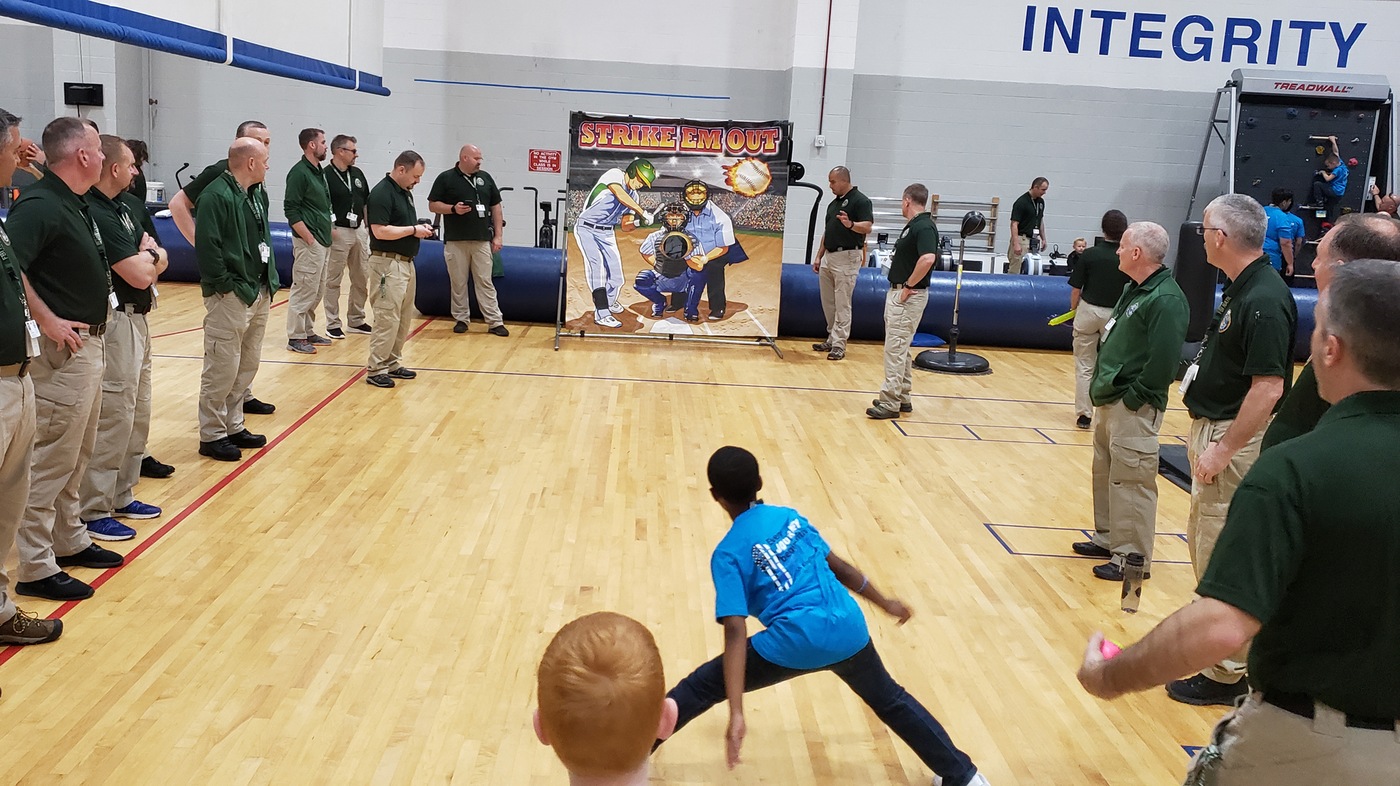 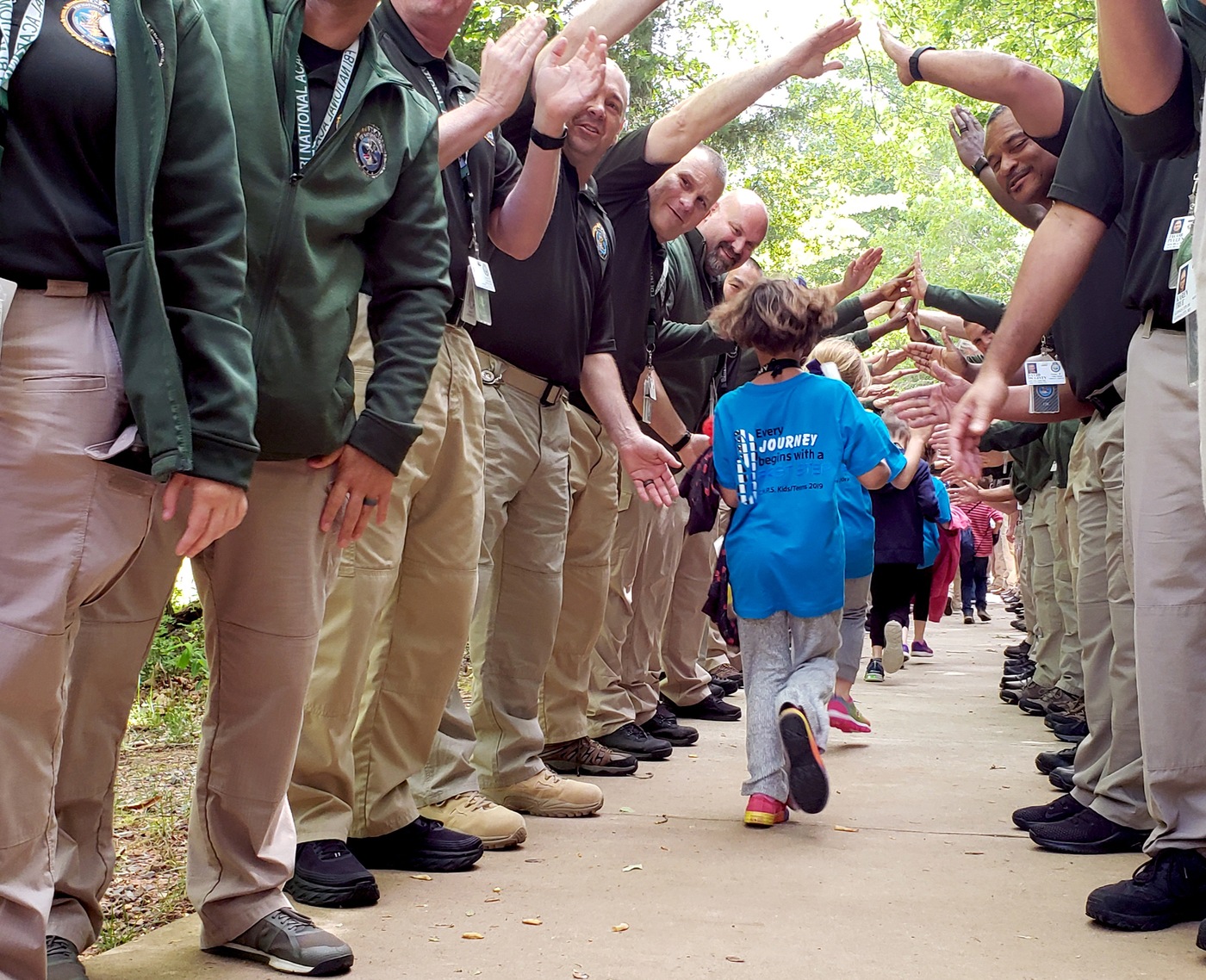 During a daylong event held May 14, 2019 at the FBI Academy in Quantico, Virginia, children of fallen officers were able to bond with other kids in their situation, meet police officers from around the world, get an up-close look at where the FBI trains its agents and intelligence analysts, and have fun. The annual event is organized by the FBI National Academy and the non-profit Concerns of Police Survivors (C.O.P.S.). 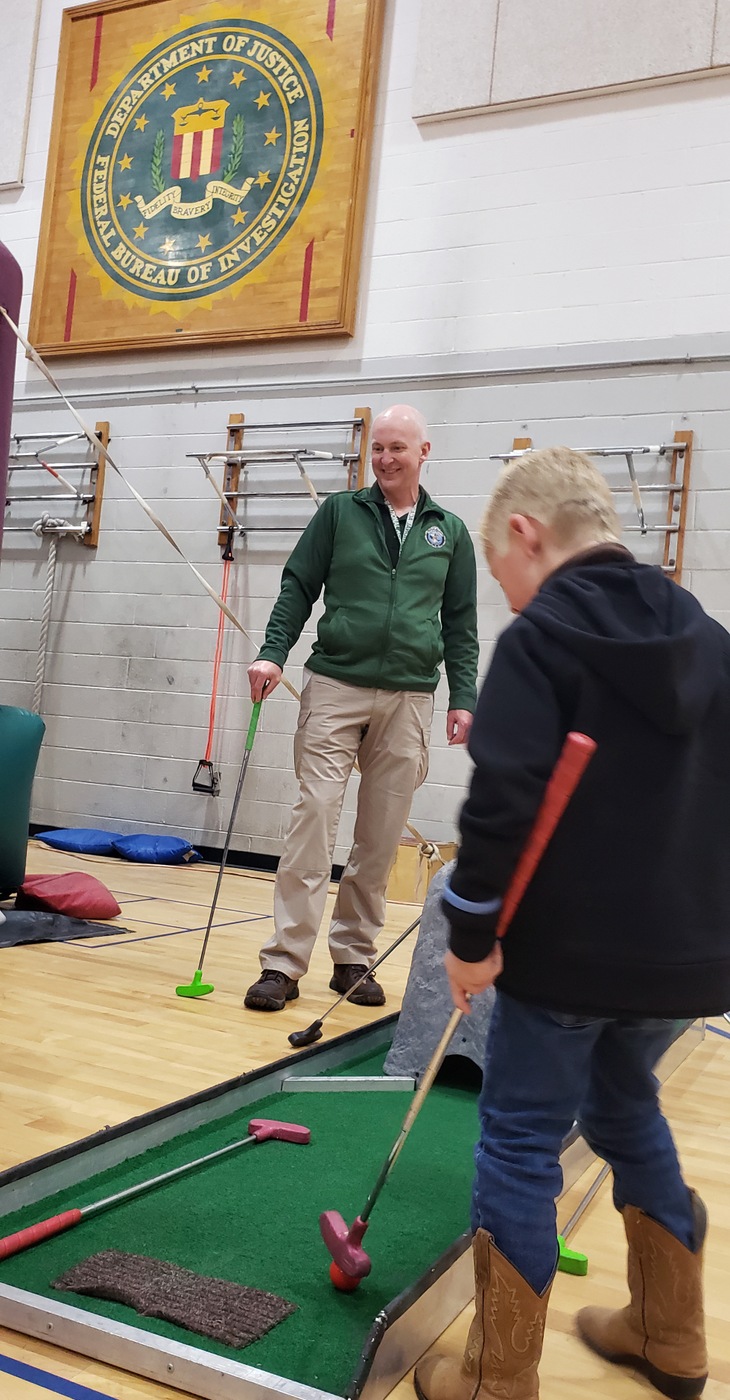 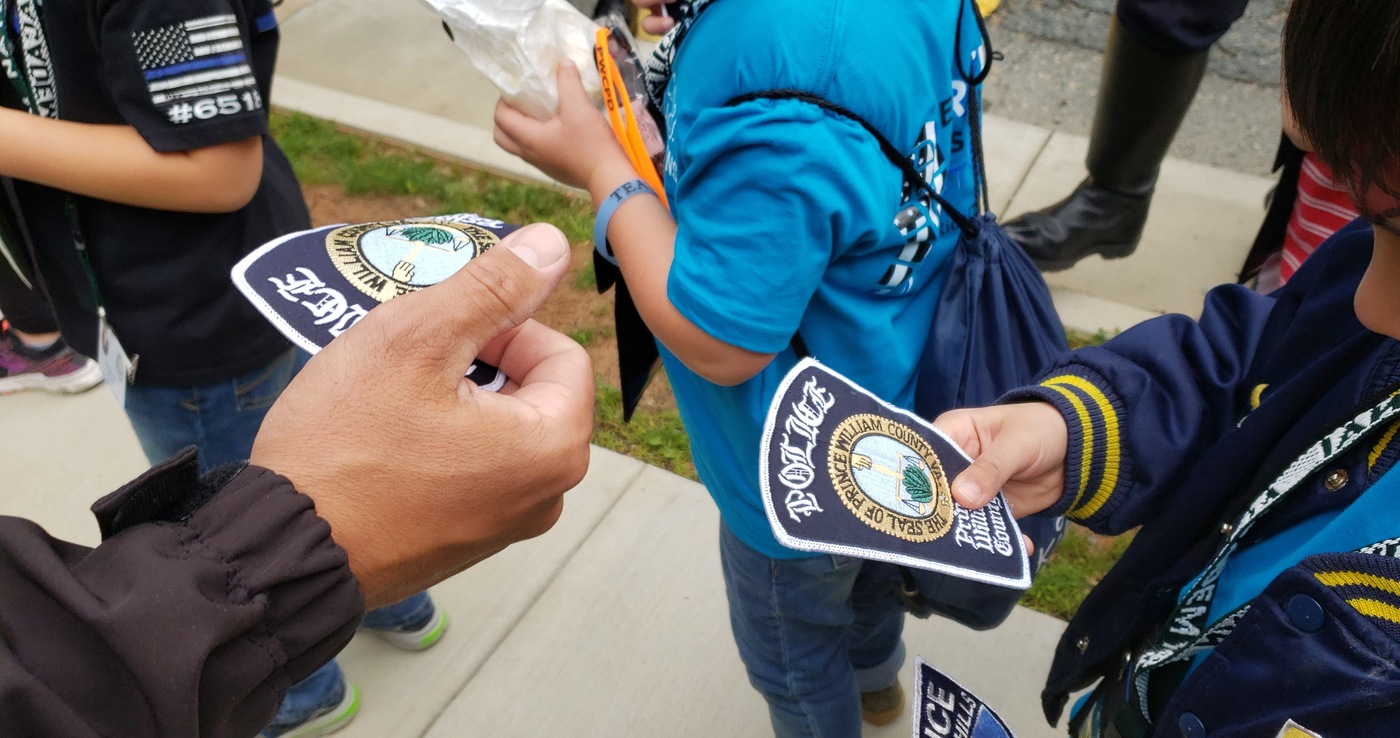 Back in Washington, D.C., on Wednesday, President Donald Trump delivered a keynote address at the National Peace Officers’ Memorial Service on the grounds of the U.S. Capitol. The special day of observance, May 15, was created by Congress in 1961 and signed into law in 1962 by President John F. Kennedy.

A Kentucky couple nearly escaped prosecution for setting a fire that burned their home to the ground and led to the death of a firefighter until a new FBI agent’s search for fresh evidence helped bring them to justice.